Amazon’s Kindle Direct Publishing service already has over a lakh authors from India that the US company aims to grow further in the coming future. 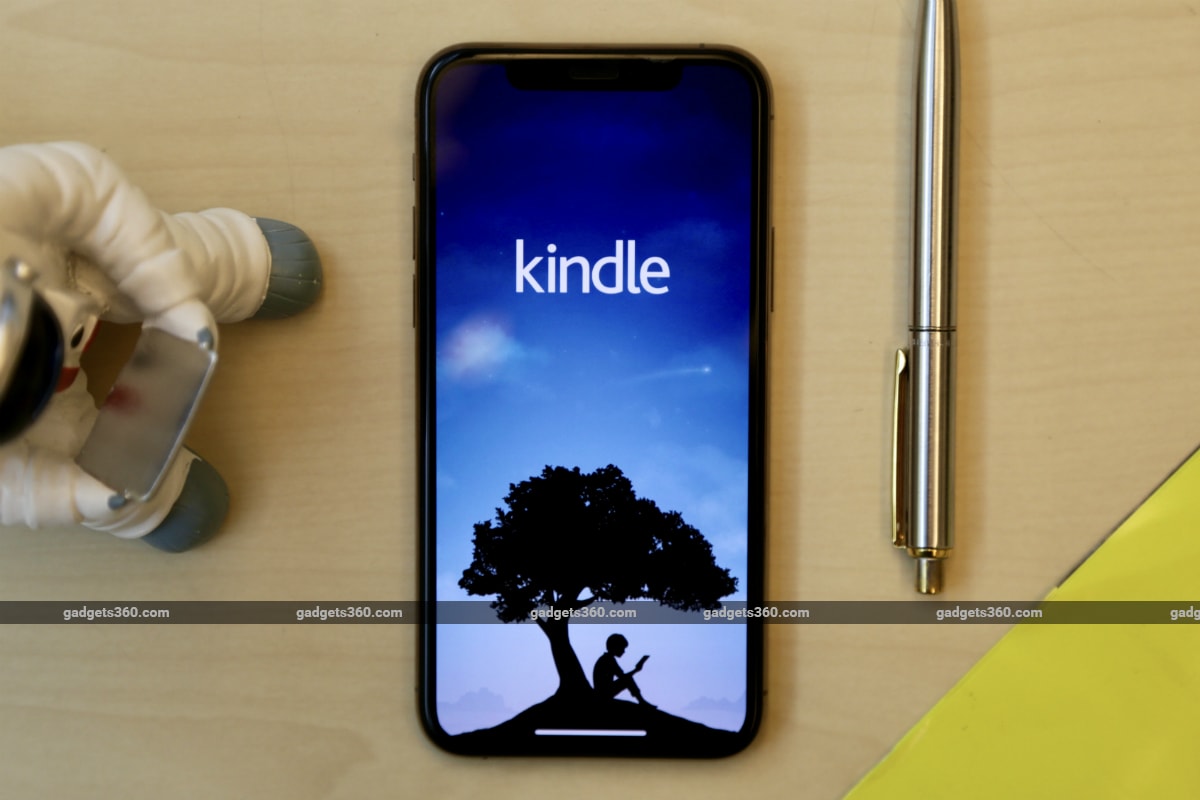 Amazon is already popular among new-gen readers thanks to its Kindle platform. While traditional bookworms primarily favour books in a printed form, the US company has somehow succeeded to bring ebooks to the mainstream. But apart from convincing people to prefer reading ebooks over physical books, Kindle as a platform has been able to attract young authors in markets like India where regional language content is high in demand.

With its Kindle Direct Publishing (KDP) service, Amazon enables budding writers to easily publish ebooks. The Seattle, Washington-based company also offers promotional activities through KDP Select to help new authors popularise their titles in the market. All this has helped Kindle bring new authors from India on board.

Amol Gurwara, Country Manager for Kindle Content India, Amazon, told Gadgets 360 that in 2019 alone, as many as 98 Indian authors have made over Rs. 3.5 lakhs through KDP. The service was leveraged by several budding authors throughout the year and the company saw various people choosing writing as a career, the executive based out of Singapore noted.

“I think there's an enormous wealth of writers and content that we are still to see coming out from this marketplace,” asserted Gurwara, while sitting in a hotel room in New Delhi. “So I think the potential is huge.”

As of today, more than one lakh authors from India have signed up on the KDP service and Amazon is optimistic to see that number continues to grow.

Gurwara highlighted that the addition of regional languages helped Amazon reach new authors and ultimately add new ebook titles for Indian readers. The company also observed the growth of its Pen to Publish Contest in India that it already concluded twice in the recent past and is sent to announce the finalists of its third edition next month.

“Number of entries this year doubled from last year,” Gurwara told Gadgets 360. “And a lot of interest was actually in the regional language… that's one of those encouraging signs that we've seen on the author side of things.”

In terms of ebooks that Amazon has added from India, Gurwara claimed that if we stack up all the digital book pages that were made in India through 2019, it would actually cover 148 times the height of Dubai's Burj Khalifa that has a total height of 829.8 metres.

Amazon undoubtedly has a wide catalogue of ebooks written by some of the renowned authors from India. But it doesn't mean that it lacks on the part of adding new and emerging writers.

“People are looking at writing as a means of expression and also continue to benefit from the financial returns,” said Gurwara. “For us, it's extremely valuable because our tenets are around convenience, value, and selection and we don't want to be looking at selection purely from a volume standpoint, we want meaningful selection.”

Nevertheless, creations from popular authors are so far ousting new writers in the list of ebooks most sold on Kindle.

As per a fact-sheet shared by Amazon India, Raavan: Enemy of Aryavarta written by Amish Tripathi ranked as most-selling ebook on the platform in 2019 followed by The Girl in Room 105 by Chetan Bhagat and Tripathi's Ram - Scion of Ikshvaku. Similarly, How to Win Friends and Influence People, which is one of the highly acclaimed books on personality development, and is written by Dale Carnegie, emerged as the most-selling non-fiction title.

While elaborating trends emerged from India this year, Gurwara said that from a geographical spread, the most amount of consumption per capita had happened in Goa followed by Delhi and Chandigarh. Amazon also saw some notable interest of readers in regional language ebooks this year. Vekkai (Tamil Edition) by Poomani, Rich Dad Poor Dad (Hindi) by Kiyosaki and Robert T., and Mrutyunjay (Marathi) by Shivaji and Sawant were amongst the top Indian languages ebooks on Kindle.

Amazon under its KDP Select service provides up to 70 percent of royalty to writers in addition to access to a variety of promotional events, while they also get the chance to be featured on the Prime Reading selection and Kindle Unlimited.

“It's a far more valuable service and I think the value proposition is very clear to all the authors, and that's why KDP Select is actually finding a lot of adoption,” he continued.

Amazon has Kindle Unlimited since September 2015 to provide access to various titles at a monthly rental of Rs. 169. Although you may not find your favourite ebook through the subscription-based service, it is claimed to have a portfolio of over 20 lakh books.

Gurwara without specifying any numbers revealed that Kindle Unlimited subscriber base already grew in high double digits in India and is projected to double the number of its subscribers in the next two to two and a half years.

In addition to Kindle Unlimited, Amazon in September last year launched Prime Reading as a bundle benefit for its Prime members. It serves readers as a private library from where they can avail a selection of more than 1,000 books and magazines.

Kindle Unlimited and Prime Reading both are aimed to aid in discovery for new authors.

“As a new author, what I want is that I want to be visible in any marketplace,” said Gurwara. “I want to make sure that my work is described well, that it is searchable, and technology allows you to do that, whereas if you go to a physical bookstore, then you might have trouble in actually getting surfaced because there's limited real estate.”

“As a company, we don't really focus as much on competition as we focus on the customer. So to us, we obsess about the customer engagement. And I think that'll continue to be the focus,” the executive stated.

The Witcher Review: Netflix’s Game of Thrones Has More Magic and Beasts, but Less Oomph
TRAI Paper on Floor Prices Could Lead to Tariff Hikes: Analysts