Jeff Bezos: What’s Next for the World’s Richest Man After Stepping Down as Amazon CEO?

Building rockets and saving the planet appears to be at the top of Bezos’ to-do list. 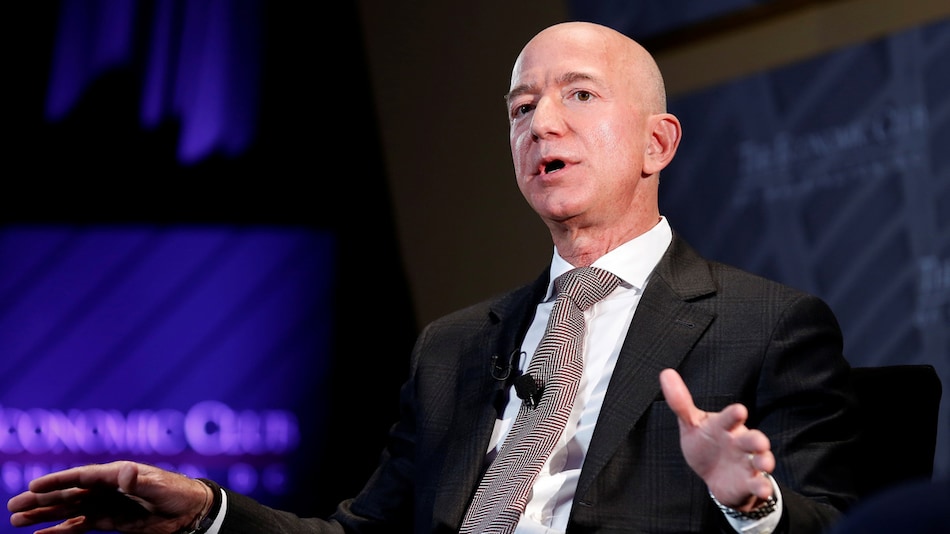 Amazon founder Jeff Bezos, the world's richest man, plans to build rockets and save the planet.

Bezos, 57, is the latest in a line of corporate titans who have stepped away from their day jobs to devote themselves to other activities.

Bezos, whose net worth is $197 billion (roughly Rs. 14,36,400 crores) according to Forbes magazine, announced on Tuesday he was resigning as chief executive officer of the online retail giant he launched 27 years ago.

He said he would remain executive chairman of Amazon but would devote more time to "passions" such as his private space firm Blue Origin and the Bezos Earth Fund, to which he made a $10 billion (roughly Rs. 73,000 crores) donation last year.

In stepping away from the executive suite, Bezos is following in the footsteps of other tycoons who temporarily - and in some cases permanently - walked away from running the businesses that made them rich.

Gates, 65, and Allen, who died of cancer in 2018 at the age of 65, founded Microsoft in 1975 and built it into the world's leading computer software company.

Gates stepped down as CEO in 2000 and with his wife launched the Bill & Melinda Gates Foundation, which is devoted to improving global health.

Gates, the world's fourth-richest man according to Forbes, resigned as Microsoft's chairman in 2014 and left the board in March of last year.

Allen, whose fortune was estimated at $20 billion (roughly Rs.1,45,800 crores) by Forbes when he died, left Microsoft in 1983 when he suffered a first bout with cancer but remained on the board until 2000.

He was also an active philanthropist, giving away billions of dollars for medical research and other worthy causes.

But his real passion was sailing.

As the skipper of the yacht "Courageous," he successfully defended the America's Cup in 1977 against the Australian challenger.

A number of tycoons have put aside business for politics, most recently former president Trump, a global real estate magnate, and Michael Bloomberg.

Trump, 74, ran for the White House in 2016 while Bloomberg, founder of the financial news company that bears his name, was elected mayor of New York City in 2001.

Bloomberg, 78, was re-elected mayor of the Big Apple in 2005 and in 2009 and made an ill-fated bid for the Democratic presidential nomination in 2020.

Bezos, who founded his space company Blue Origin in 2000, is not the only tycoon who has expanded his sights beyond Earth's orbit.

Richard Branson, 70, founder of the Virgin Group, also has a spaceflight company, Virgin Galactic, and is seeking to make space tourism affordable.

Both Bezos and Branson, however, have been left in the dust when it comes to space by another billionaire - South African-born Elon Musk, the world's second-richest man.

Musk, 49, made his first major fortune when PayPal was sold to eBay in 2002 and has gone on to launch electric car company Tesla and solar power company SolarCity.

It has since become the world's leading private rocket launch company, sending commercial satellites into space and delivering cargo to the International Space Station.

SpaceX became the first private company to launch humans into space last year when it sent two astronauts to the ISS.