Meet the Company That Powers Streaming of Your Favourite Cricket Matches 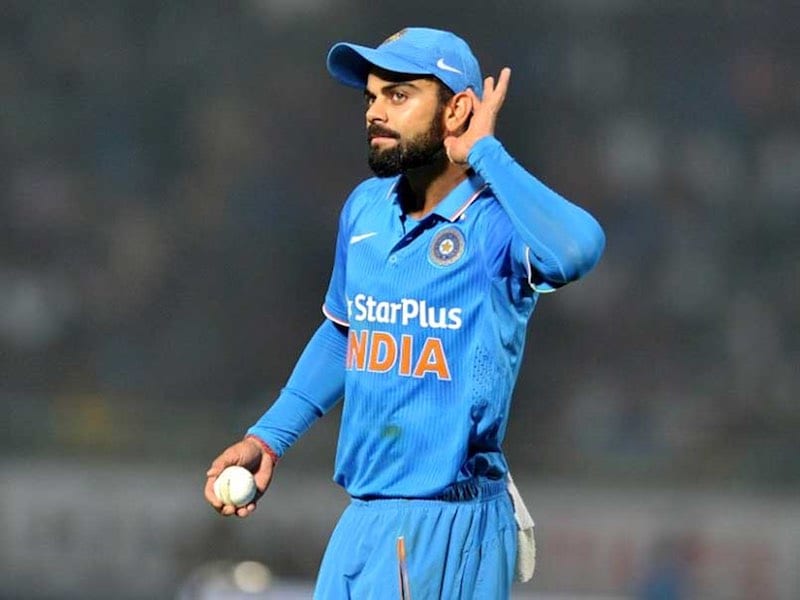 It won’t be an exaggeration to say that online video consumption has exploded in India over the last 12 to 18 months. First came the launch of Netflix, followed by Amazon Prime Video’s entry, and domestic rivals like Hotstar strengthened their content portfolio over the same time. The real shot-in-the-arm, of course, came when Reliance Jio services were opened to the general public, a move that led to reduction of data costs across the industry, and data consumption increased to the point India is now said to be using more mobile data than any other country.

Akamai is a content delivery network that powers between 15 and 20 percent of the Internet’s overall traffic, and it also serves as the backbone of some of the most popular streaming services around, including Hotstar. Gadgets 360 caught up with a host of company executives and we wanted to understand how big India’s streaming market has become.

“The way we see things happening in India today, in fact India has become, I would say, the core of doing innovation around OTT space for the world today,” says Sidharth Malik. Managing Director and Vice President at Akamai. “A lot of innovation happening in terms of how media needs to be viewed and delivered on mobile devices through Internet.”

“And I think providing the right kind of quality that you see on TVs today - if you've seen a [cricket] match lately on one of the devices, that was powered by Akamai. And the kind of scale we are talking about [is] millions of concurrent users at any given point of time viewing the same kind of media stream, and with right kind of bitrate, right kind of quality,” he adds.

“We have done some of the largest sporting events that this country has seen,” says Sidharth Pisharoti, Regional Vice President, Media, India at Akamai. “More specifically, public facing numbers that we have are from the India-England series which happened earlier this year. We delivered over 3 million concurrent users - and about 25 million total - with about close to 3 terabits per second of traffic on the network. [..] and as the adoption increases, the numbers keep growing,”

Malik agrees. “[…] average viewing time is increasing by the day today,” he says. “So the future I talked about ‘Imagine a billion people watching TV online’ is not far off in future.”

Cord Cutting Is Finally a Realistic Option in India

We outlined some of the reasons behind the growth, but what, according to the experts at Akamai, has fuelled this rise of online streaming?

Sandeep Reddy, Country Sales Manager, Media at Akamai, says: “So three things are causing this. One is obviously the barrier to entry is much lower now. Chinese smartphones are available at you know 3 digits - almost, you saw the Jio launch. So there are a lot of users coming on and then there’s, broadband plans are pretty inexpensive now.”

“It's cheaper to have Internet on a mobile phone than to have, say, a DTH connection at home and you can do a lot more with Internet,” Reddy adds. “So that barrier to entry has reduced, so a lot more viewers are coming and watching content online. And then there is all these investments made by ISPs to support this kind of an audience, right, there's a huge market so ISPs are investing and therefore and we're seeing a lot of deployments everywhere.”

He goes on to explain that an estimated 60 percent of content viewership in India is from tier-2 and tier-3 cities. This, he adds, has resulted in increased investment in infrastructure from telcos, which is complemented by the efforts of the content providers.

“Like you have exclusive Web series for Indian Internet audience and that's just exploding the amount of time that content is being viewed online,” he explains, adding that around 8.5 hours of online video is being watched per user every month, “and it’s only going to grow,” he adds.

So where does Akamai fit into this picture? We go back to Pisharoti for the answer.

“So we have developed media acceleration software which actually sits in the app and uses UDP as a protocol to do multiple efficiencies,” Pisharoti says as he begins to briefly touch upon some of the technology behind Akamai’s solutions for it video streaming partners. “So one is we are able to pre-position content in the device so we build technologies through which the app reads the user behaviour and prepositions content in the app.”

“Secondly, we have developed technologies which can do peer to peer streaming,” he continues. “Think about this - even today, after all these advancements, the media delivery, or when you are delivering something on the Internet, it's still unicast, which basically means every single user is getting his own individual cast streams. Think about the stress it puts on the network, think about the stress it puts on unit economics.”

“We have built technology which can change that. And we are moving to a world where we will be able to do multi-cast - effectively use UDP and peer-to-peer to do multi-cast - and that's what our software that sits in the app [does],” says Pisharoti. “So we are moving on edge into the user's device - that's the ultimate idea. That was our philosophy all the while - stay as close as possible to the end user and this is taking it to the next level and moving it into the device."

“One of the things that we are seeing now is of course malware is getting more sophisticated, phishing and whaling attacks are getting much more focused,” says Nick Hawkins, Senior Director, Product management, Cloud Networking, Asia-Pacific & Japan at Akamai. “You take again the example of a bank, you wanna be able to protect the users on the internal network and what we are seeing is that traditional models of centralised data centres - centralised points of ingress and egress for that network - are really starting to break down and are not providing the levels of protection and security that organisations need as you are starting to see more and more remote users.”

“We push a huge amount of traffic over the Internet. So we have a pretty good idea of where the bad domains are, where phishing links are pointing to. So if we can protect users when they are being targeted and we can do that from the cloud, it gives us both the scale, the global availability, and the capacity to be able to immediately react to new threats as they emerge on the network,” he explains.

“So we have solutions now that will do DNS filtering. So if the user does get targeted with a phishing attack or whaling attack, and they click on a link, that can be scrubbed by Akamai. We can identify - hang on a minute, that’s going to the bad-domain.com that's somewhere you shouldn't be going to. You can take appropriate action to block the user,” Hawkins adds.

“Akamai serves about 15-20 percent of the global traffic on a daily basis, and that gives us sort of unparalleled visibility into the kind of malicious activity that happen over the Internet,” says Mathur. “Now we keep a track of all that malicious activity and we on a daily basis get about 20 terabytes of new attack data that we can then data-mine and run heuristics and machine learning against.”

“So what that helps us do is that when we see people doing nefarious activities against a part of the Internet on our platform, then we create a sort of a threat intelligence database where using machine learning then we can predict that they'll attack other sites,” he explains.

“So, for example, if a set of IPs are attacking a particular bank in Europe and other banks in India are using our threat intelligence service then they will already know that these IPs have a bad criminal history and they have been attacking these types of organisations globally,” says Mathur. “So they can take preventive action even before those IPs attack these customers and there's a lot of machine learning and heuristics that go into creating that predictable intelligence.”