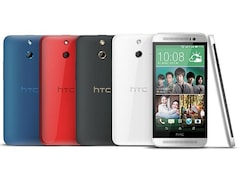 After HTC managed to garner some traction with the HTC One (M8) and the HTC Desire 816, we think that the company might be on the road to recovery. Taking advantage of this positive trend, HTC has tweaking the winning formula very slightly, to appeal to a broader audience. The Taiwanese company has announced the HTC One (E8) Dual SIM recently.

A variant of the good-looking HTC One (M8), the HTC One (E8) Dual SIM ditches the metal body for a polycarbonate avatar. This polycarbonate shell feels great and we think that for many practical purposes might actually be better than the meta body of the One (M8), the grip for example. Having said that, the performance of the 13-megapixel camera is pretty average and the phone heats up occasionally.