How to Send Voice Messages in Twitter DMs: All You Need to Know 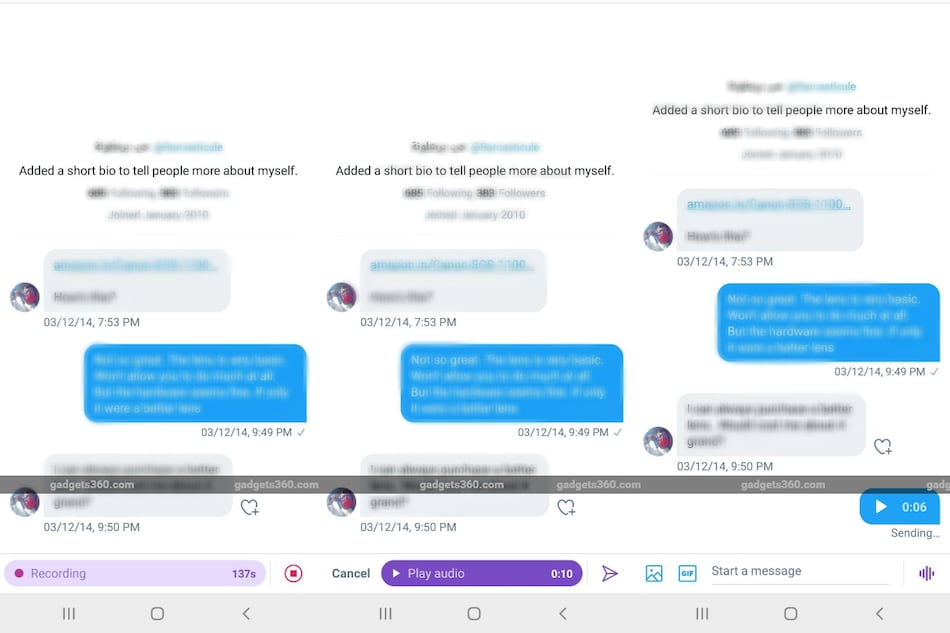 witter is a popular social media platform for important conversations and announcements. Most businesses and people use Twitter to make announcements and share life updates, using its microblogging format. While Twitter lets you have open conversation threads through tweets, it also offers a direct message (DM) feature to connect with people more privately. Twitter DMs are often used to connect with business colleagues, share sly memes with friends, or just have private chats. Recently, Twitter introduced the ability to send voice messages in DMs as well.

Announced over a month ago, Twitter rolled out the ability to send and receive voice messages in DMs. This feature was initially introduced in few markets, India being one of them.