Facebook Messenger Soundmojis: A Step by Step Guide on How to Use

Soundmojis are essentially next-level emojis that lets you send short sound clips alongside in a Messenger chat. 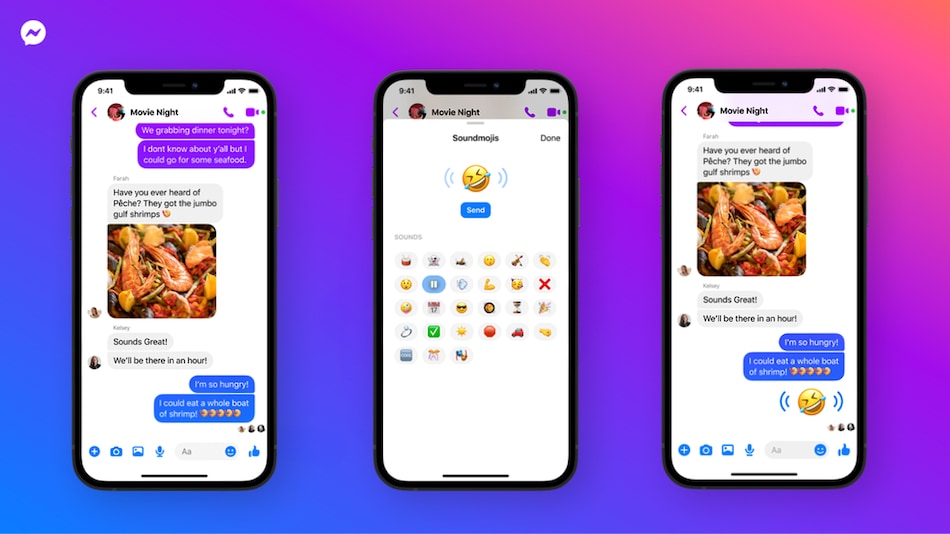 Facebook introduced the Soundmoji feature for Messenger users earlier this month. The feature, as the name suggests, offers audio alongside emojis to elevate the conversation between friends. Different kind of Soundmojis have been made available including fart, drums, laughing, violin, ghosts, shock, kisses, and more. Soundmojis are essentially next-level emojis that lets you send short sound clips alongside in a Messenger chat. They are now a part of the media content users can send to their friends on Facebook Messenger, and sit next to options like stickers, GIF images, and emojis.

Soundmojis are currently available on the mobile app versions of Facebook Messenger only, and we couldn't find them on Facebook for Web. Users cannot create custom Soundmojis for now, but the tailored Soundmoji library that is currently available will be regularly updated with new sound effects and famous sound bites. Each sound is represented by an emoji, keeping the visual emojis we all love in play, while bringing sound into the mix.

Facebook says Soundmojis range from clapping, crickets, drumroll, and evil laughter, to audio clips from artists like Rebecca Black and TV shows and movies like Universal Pictures' F9, NBC and Universal Television's Brooklyn Nine-Nine, and Netflix and Shondaland's Bridgerton. To use the new expression tool Soundmojis in Facebook Messenger, follow the simple steps below.