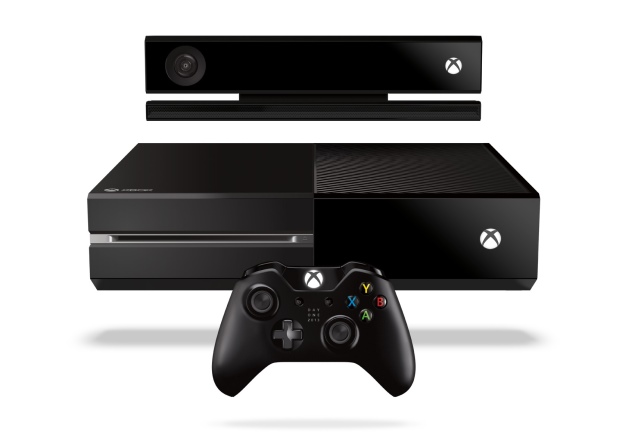 What is the Xbox One?

If you're a video-game aficionado, you know the answer: It's Microsoft's latest game console, and it arrives in North America and Europe on Friday. To gamers, Xbox means cutting-edge adventures such as "Halo" and "Gears of War," and well as the brand that brought online competition to the masses through Xbox Live.

But Microsoft wants you to think of Xbox One as more than a game machine. You can use it to watch movies on Netflix and Hulu Plus. You can hook it up to your cable box to watch live TV. You can Skype your grandma and share family photos through the SkyDrive storage service.

Still, if you're considering buying an Xbox One this week, you probably have one thing in mind: games.

The Xbox One is a chunky black box that's a little larger than its predecessor, the Xbox 360. It arrives with a respectable library of 22 titles, all sold separately. By and large, they look just as pretty as their counterparts on Sony's PlayStation 4, which came out last week.

Both the Xbox One and the PS4 are state-of-the-art game machines, and for some, the difference will come down to price. At $500, the Xbox One costs $100 more.

The most significant distinction between the two is the re-engineered Kinect camera that's packaged with every Xbox. Like the one for its Xbox 360 predecessor, it lets you use voice commands and gestures to navigate on-screen menus and some apps, but it's much more precise and responsive than before. On the PS4, a similar camera sells for $60, but Sony's pitching it as an accessory rather than an essential part of the experience.

Setting up the Xbox was easy. You connect the Kinect to the Xbox and the Xbox to the TV. You sign in or create a free Microsoft account, download some software updates and calibrate the Kinect. Despite earlier threats that the console would need to be always connected to the Internet, Microsoft now says constant connection isn't necessary after the initial setup.

On-screen menus are simpler and less cluttered than the Xbox 360's.

The "Home" section is dominated by a large image of your most recently opened game or app. Smaller icons show the four apps you used before that. To the left is your user profile. To the right are links to available games and Xbox Live recommendations.

The most innovative button on the Home page is called "Snap." It lets you shift one app to the upper right corner of the screen while using another app. For example, I played "Forza Motorsport 5" on the main screen while a live broadcast of a college football game ran in the Snap window. If the gridiron action got interesting, I could quickly switch it to the main display. 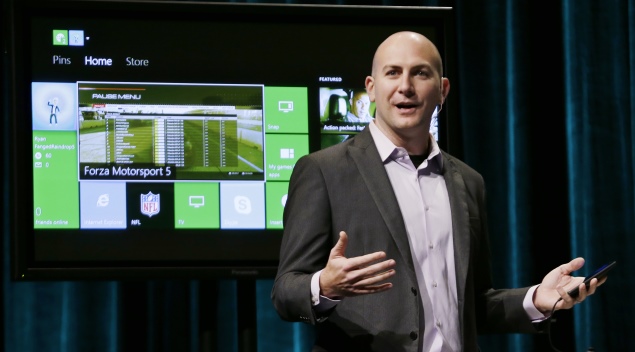 The other main sections of the user interface are "Pins," where you can arrange icons for your favorite apps, and "Store," where you can buy new games, movies and music.

After a few hours, I got pretty good at getting the machine to follow my orders. As a longtime Xbox user, however, I still found it easier and more intuitive to use the Xbox One's handheld controller, which looks and feels similar to previous Xbox controllers. 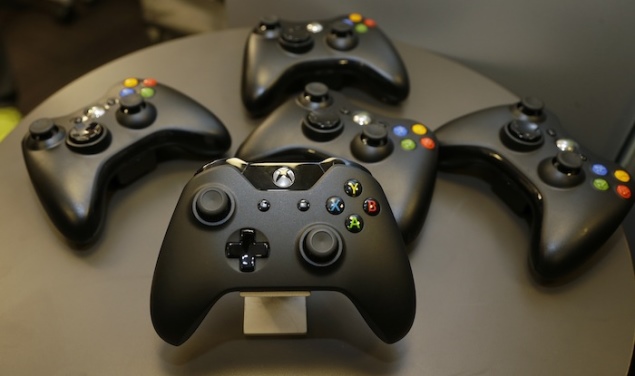 You can also navigate the on-screen menus using Xbox SmartGlass, a free app for iOS, Android or Windows 8 devices, including Microsoft's Surface tablet. If you're in the middle of a game, SmartGlass can display additional instructions or the Achievements you've earned. It's far from essential, but it could be interesting to see what developers do with that second screen.

The Xbox One uses custom-designed chips from Advanced Micro Devices Inc. It cannot play games for the Xbox 360, but Xbox One owners probably will want only state-of-the-art titles anyway. After initially threatening a digital-rights scheme that would have blocked games previously played on other Xbox Ones, Microsoft reversed course and now says you'll be able to buy, sell and trade used games as much as you want.

Microsoft promises eight times the graphical performance of the Xbox 360. The images in the games I tried are on par with the PS4's - as detailed and realistic as anything yet produced by a living-room console. 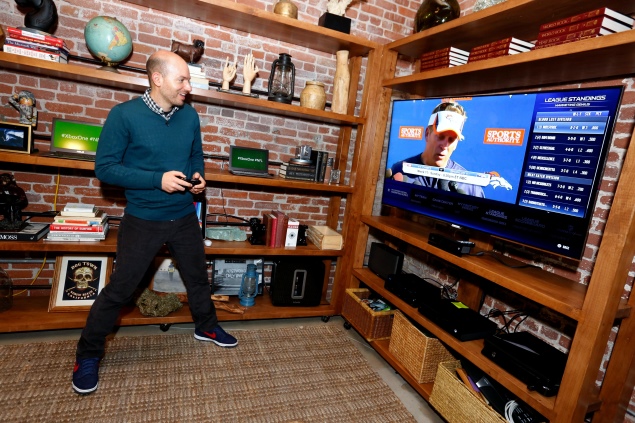 "Forza Motorsport 5," the latest auto racing simulator from Microsoft's Turn 10 Studios, takes full advantage of the Xbox One's graphic oomph. You can see the attention to detail in every car. From the driver's seat, you can read every instrument on the dashboard. The beauty extends to the gorgeous environments, from the Bernese Alps to the streets of Prague to famous racetracks like the Indianapolis Motor Speedway.

"Ryse: Son of Rome," an original adventure from the German studio Crytek, revels in the glory of ancient Athens. But gamers are more likely to be stunned by its copious gore, as centurions hack and slash their way through hordes of barbarian invaders.

"Ryse" tries to incorporate voice commands as well. At times, you're expected to orally order your legions to charge the enemy or block incoming attacks. But you can accomplish the same things by pressing buttons, which I resorted to after the troops ignored my shouts a few times.

And therein lies the test for Microsoft's Kinect-centric strategy. I've been using the Kinect to explore the Xbox One's menus - but when I'm immersed in a game, it feels more like a gimmick.

However you decide to control it, though, the Xbox One is a versatile, powerful machine that should be able to deliver inventive high-definition games for a long time. Between it and the PlayStation 4, the new generation of gaming is off to a roaring start.