WWE 2K18 Review: Is This the Battle Royale You’re Looking For? 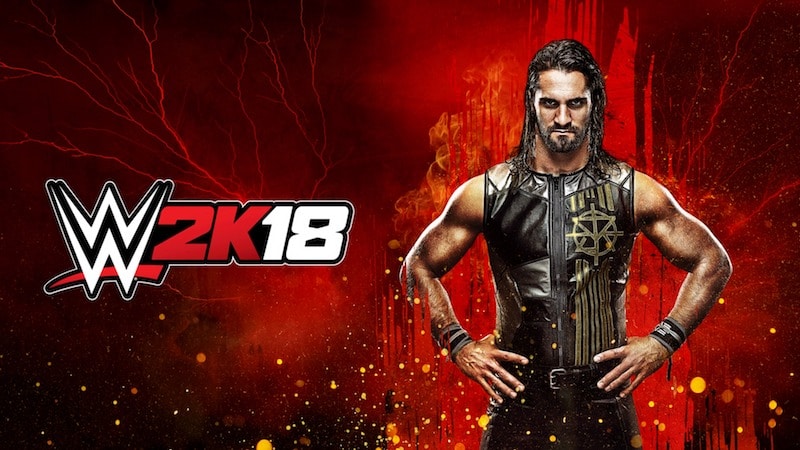 WWE 2K18 comes at a time when the video game series feels due for an overhaul. Much like FIFA and Call of Duty, you can safely expect a new wrestling game each year. This annual cadence has led to a sense of familiarity that feels stale. This was particularly true for both WWE 2K16 and WWE 2K17. Does WWE 2K18 fare any better? Yes and no.

The most obvious improvement to WWE 2K18 lies in its visuals. Compared to previous entries, WWE 2K18 manages to stand out with detailed character models and slick animations. Moving to a revamped engine and dropping support for the PS3 and Xbox 360 has resulted in a better looking game. That isn't all. The focus on PS4, Xbox One, and PC has also resulted in a game that's much smoother, overall. As we reported earlier, developer Visual Concepts was targeting 60 frames per second, and for most part, it has achieved this with very minor drops even on the Xbox One.

It's just not the visuals and frame rate that have received some extra love and care. Thanks to these improvements, WWE 2K18 feels a lot more responsive and intuitive too.

Other gameplay improvements include the ability to have upto eight wrestlers in the ring during massive bouts like Battle Royale. Plus, there are more backstage locations to wreak havoc in such as offices, corridors, and a limo of all things. The chaotic nature of multi-man match-ups make Battle Royale mimic its real-life counterpart with aplomb. You can also lift and carry your foes in four different positions now, such as over the shoulder, power bomb, fireman's carry, and cradle, and throw them. This allows some advantage to bigger wrestlers like The Big Show and Goldberg, who can make quick work of smaller opponents.

In other ways, the action in the squared circle is largely unchanged from WWE 2K17. You'll beat your opponents to a pulp with a host of slams, kicks, reversals, and finishers. The core move set benefits from the new tech although it's not as much as we'd have hoped. If you were expecting something as arcade-y and over the top as it was during the WWF days, think again. It is evident that the WWE games are now rooted in realism, for better or worse. The only consolation is the ability to make custom matches. This lets you adjust key factors like recovery time, health, and if you have a finishing move at the beginning of a match or not. Commentary bugs that we highlighted in our WWE 2K18 preview still exist but aren't as widespread as before.

In terms of feature set, the Creation Suite makes a return with as many options as ever, allowing you to make your WWE avatar a spitting image of One Punch Man or as ostentatious as some of the character designs from One Piece or Dragon Ball Z. This is of course, outside of MyCareer - the series' single-player mode, which is dependent on randomly generated loot boxes earned while playing to ensure you get the cosmetic options you want, to let you craft your wrestler as you desire. These loot boxes also include boosts for specific stats and new moves. Visual Concepts has claimed that these can be purchased only with in-game currency or VC as it's known, which is earned while playing and that is the case right now. Though much like NBA 2K18, we won't be surprised to see it change in the next entry, if not even sooner through a patch.

Speaking of MyCareer, this time around it's similar to an RPG like Mass Effect - complete with exploration of key locations, talking to other wrestlers, and the choice to decide if you want to be with or against The Authority (the villainous WWE stable that's a stand-in for the management). Throw in side-quests that prop up your alignment as a heel or a babyface, and you have (on paper at least) what seems to be competent upgrade over past games. However it fails in its execution - bogged down by corny writing, a vague sense of choice in its promo system, and general lack of direction.

And then there's Road to Glory. Think of it as the online component of MyCareer, allowing you to take your character and pummel others online in matches to quality for Pay Per View events that take place at the same time as WWE's real-life Pay Per View schedule. With the first Pay Per View event on TV due on October 20, expect our detailed impressions at the time, though it does seem like an intriguing concept.

Despite updated graphics, a new game mode, and slightly better gameplay, WWE 2K18 feels like an incremental update to the previous game in the series. One can only wonder what could have been possible with a longer development cycle, though we'll probably have to wait until WWE 2K19 to see the full impact of Visual Concepts' changes to the franchise.

Nokia 8, OnePlus 5, or iPhone 7: Which One Should You Buy?
Jio Rs. 309 Plan's Validity Reduced as Tariff Revision Goes Official