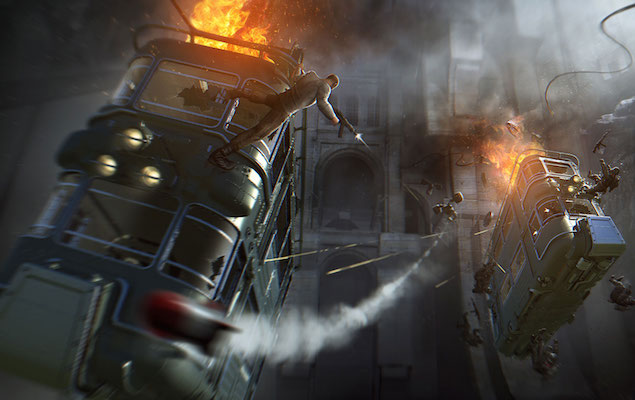 Last year's Wolfenstein: The New Order was a revelation of sorts. Developed by Sweden-based MachineGames, it was a meaty, well-paced first-person shooter complete with all the classic tropes that harked back to the early days of the genre, such as health packs and secret areas. At the same time, The New Order was refined for the modern era, with an intriguing plot, dollops of atmosphere, and nuanced character development. The game was good enough to make our top picks of 2014.

Also, even if you haven't played a single Wolfenstein game, The Old Blood remains fairly accessible, since it's a prequel, you don't have to worry about lore from the previous entries in the series. The proceedings of Old Blood take place towards the end of World War II, before the rather dystopian events of The New Order. As Blazkowicz, you'll run and gun your way through Nazi Germany. 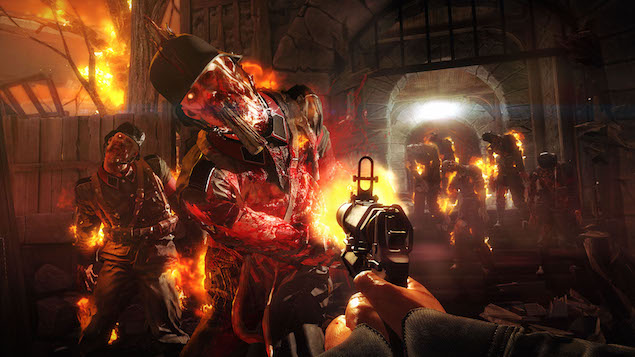 The game is broken into two parts. The first part has you infiltrating Castle Wolfenstein, trying to find the location of the villain of The New Order, General Deathshead. The second part takes you to the city of Wolfsburg, to prevent an ancient evil from reawakening. As is expected, you'll skulk around villages and square-off against giant mutated super soldiers.

Anyone familiar with The New Order will find themselves right at home with the gameplay of The Old Blood. You can dual-wield weapons, use cover, and of course kill a seemingly infinite number of Nazi enemies along the way.

The gunplay is solid, much as it was in The New Order. Every weapon is a treat to use. Firing a pistol, rocket launcher or simply hitting a Nazi with a metal pipe is visceral, satisfying affair. The metal pipe is one of the few new weapons added to the game, and aside from cracking skulls, it an also be used to climb walls. Other new instruments of death include a bolt-action rifle, the 1946 shotgun, and a grenade-launching pistol (or Kampfpistole as its referred to in-game). 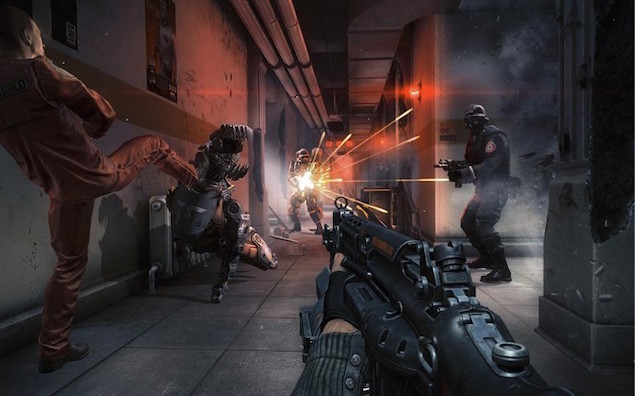 The game also has its fair share of stealth segments, requiring you to sneak past your foes instead of shooting them to pieces. Much like The New Order, these don't detract from the fun; they work quite well with the game's many bustling set-pieces of wanton violence. This is further aided by larger levels. Unlike The New Order, The Old Blood is on the PC, PlayStation 4 (PS4), and Xbox One only.

With no PS3 or Xbox 360 to worry about, MachineGames has gone with bigger maps, making enemy encounters a lot more interesting and giving you more place to explore. With fantastic gunplay and sprawling environments, The Old Blood builds on what The New Order delivered in last year's game. But it isn't without issues.

Some of these grouses include the narrative, which isn't as deftly managed as it was in The New Order. The development of characters and their motivations - one of the much lauded facets of The New Order - doesn't make its presence felt here. Given that The Old Blood has been in development for just about a year, and the core gameplay is this good, it feels forgivable, but it's definitely a missed opportunity. 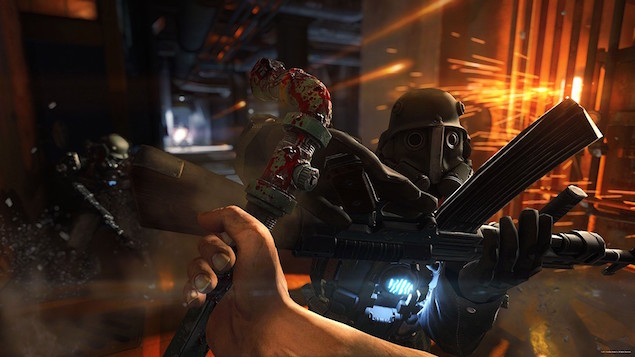 There are some small concerns with the gameplay too, at least on the console versions. It's tougher to spot enemies at a distance, particularly when you're shooting. The game appears to reduce image quality in an attempt to emulate gun recoil, which makes taking enemies out from a distance harder than it should be.

Despite these niggles, we still appreciated The Old Blood for its great sense of pacing, and excellent gunplay, which remained fresh and exciting across the seven hour campaign - particularly when you consider the competitive pricing. This could be the first Wolfenstein game in a while for many in India, because it retails at very reasonable Rs. 1,499 across all platforms, a bargain compared to The New Order.

If you're a fan of first-person shooters, or want to experience a throwback to the glory days of the genre but with modern production values, then you can't go wrong with Wolfenstein: The Old Blood. It's an enjoyable romp that promises explosions, expendable Nazis, and gunfights galore. And isn't this that all we want from our video games? 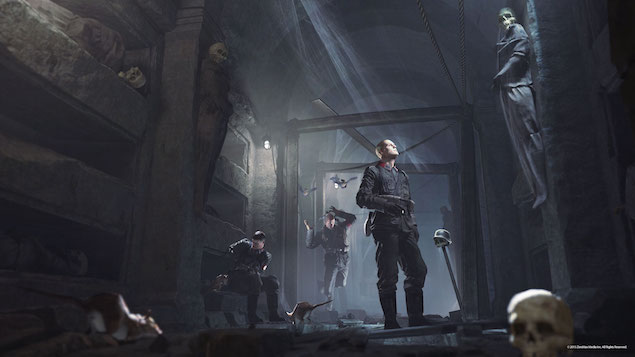 We played a review copy of Wolfenstein: The Old Blood on the PlayStation 4. It retails for Rs.1,499 in stores and digitally