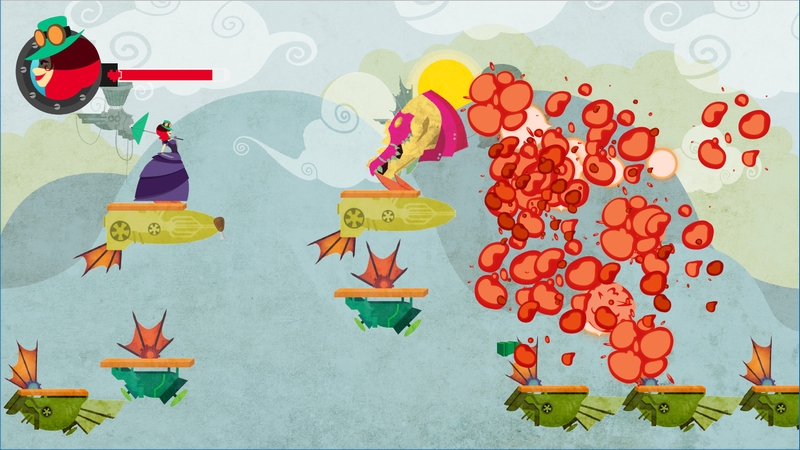 A 2D platformer made in India, Vanquish: The Adventures of Lady Exton was a recent release on Steam. A game featuring the same character - Lady Exton - was released on Android and iOS in 2014. It's not surprising to see Indian developers targeting the mobile platform first due to the huge install base here. However it is unusual to see them bringing a game to PC after mobile. As fans of 2D platformers, we were excited to see what Vanquish had to offer and after playing the game for around 10 days, here are our thoughts.

Vanquish: The Adventures of Lady Exton has some really nice art. We really liked how Lady Exton's character looks, and the art in each level along with the design of various enemies. The game's soundtrack also deserves special mention. It has a jazz feel to it, which only adds to the game's setting.

The setting is a steampunk world where Lady Exton has to escape a prison controlled by rogue robots. Getting her out of the prison is critical to saving the world. We didn't feel that the story adds much to the game. Unlike great platformers such as Super Meat Boy, VVVVVV, and Braid, where the story is an integral part of the game, Vanquish: The Adventures of Lady Exton's story feels like something written as an afterthought. It's there at the beginning of the game to tell you why you must play, and after that it's almost nonexistent.

It took us a few levels to get used to the floaty controls on this game, but once we did, the game mechanics became simple. Lady Exton has an umbrella that shoots bullets and doubles as a parachute. Later levels add a dash ability that lets you, well, dash across a short distance. Other than that, all you need to do is move forward, backward and, jump to various platforms. 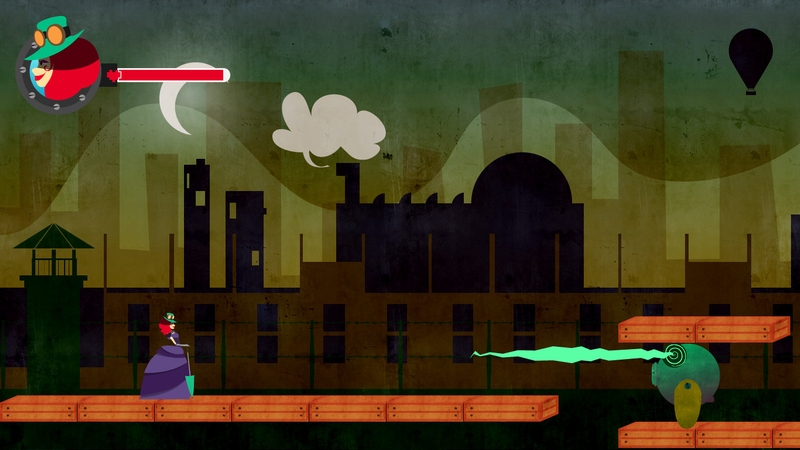 If you think that is easy, then you will be surprised when you play the game. Between its various enemies and platforms that disappear without warning, clearing each level is a challenge. We played some levels for three hours straight and finally managed to clear them with very little health remaining. We found the lack of checkpoints or health powerups a bit of a downer.

We're complaining about the difficulty level only because we kept feeling that the game is hard just for the sake of being hard. If you've played Super Meat Boy or VVVVVV, you'll know that although both games are quite challenging, you feel like you're getting better after each try. In those cases, the difficulty is linked to your skill and familiarity with the game; as you progress towards your goal, overcoming challenges feels deeply rewarding. Vanquish: The Adventures of Lady Exton just feels like a grind.

None of the enemies die easily. You have to shoot some enemies up to 10 times before they die, and since some keep jumping while others are too small, landing a shot is not easy. This adds a waiting period every time you face an enemy and slows down the game. After you face a few enemies, this feels frustrating and pointless. There are no puzzles to solve to beat enemies and we felt it was mostly a mindless button-mashing exercise. Even the boss fights didn't feel exciting.

The game has annoying bugs that make it even more frustrating. The mouse pointer showed up at the menu screen and we tried clicking on options but nothing happened. Then we realised that using the keyboard or a controller works, but mouse doesn't. The pointer should be hidden too, but it looks like a bug that needs to be fixed. The ceiling is fixed which makes jumping a little difficult. But there are places where you can reach a high platform and jump, which makes your character die. We also found a bug that makes you fall through the floor. The developers have promised a fix for these problems. To be fair it's still early days and the game could get better once more people start playing it. 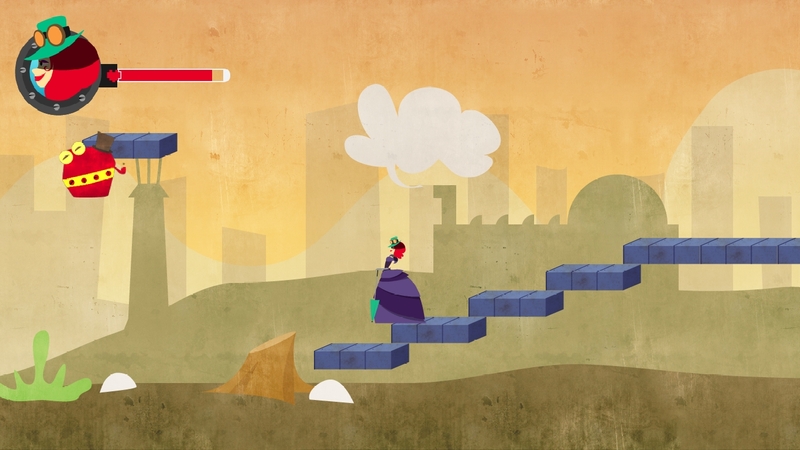 At the moment, however, we just can't recommend Vanquish: The Adventures of Lady Exton. The game's art and music gave us a great first impression, but sadly as the game wore on, our excitement rapidly wore off. A better, more involved story, along with a rewarding rather than punishing difficulty curve could go a long way in improving the game.