That’s You! Is a PS4 Game You Play With an Android or iOS Device 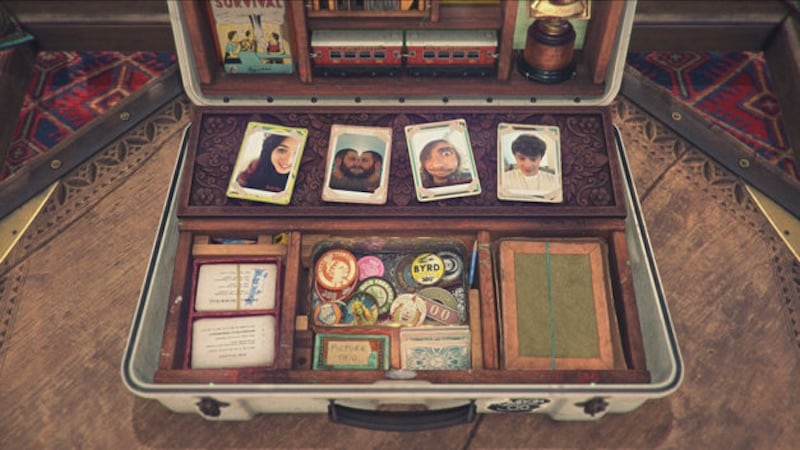 For those of us who regularly have friends coming over to our homes, having a few board games or party games at hand is always a good idea. These games require multiple players and make sure that no one gets bored. There are several awesome party games for smartphones, but few games from this genre have made their way to consoles. That’s You! is one such game for the Sony PlayStation 4.

At E3 2017, Sony announced an initiative to let you play PS4 games with your smartphones and tablets. This new feature is called PlayLink and That’s You! is the first of these games. It requires you to install That’s You! on your PS4 (obviously), and join the game via your Android or iOS devices. The game is intended for two to six players and based on our experience, it's a lot more fun when more than two people are playing.

The initial setup for That’s You! is pretty simple. You need to install the That’s You! app on your smartphones (or tablets) and connect to the same Wi-Fi network as the PS4. If that’s not an option, you can instead use your PS4 as a hotspot by pressing a button in the game and you’re good to go. You can connect to it with a mix of Android and iOS devices, as long as everyone is on the same network.

Once this is done, you can start playing the That’s You!. This game involves a bunch of questions, which you can see on your monitor or TV, and relies on how you answer them. For example, it could ask a question such as, “Pranay is at a bank and a robbery takes place. What would they do?” Then you get two cards with answers on them such as run, or hide. In this case, if you select the same answer as Pranay, you get points and if you don’t, you don’t get any points.

That’s You! has over 1,000 such questions for you to answer and the variety of questions made the game a lot of fun. If you think any of the questions are inappropriate, you can flag them and the game won’t show those again. The game even has a few other modes such as Mimic, where it shows you a portrait and you need to do your best to mimic the expression on the person’s face. There’s one mode where you need to draw something on a picture. In all these modes, you and your friends get to choose who imitated the person best or who drew the best, and the person with maximum votes gets more points.

We felt that the game could do with some extra modes, but what we experienced was quite enjoyable in itself. All questions and answers are read out loud, and the narration adds a nice touch to That’s You!. If you play this game occasionally, it’ll be a lot of fun for a long time. However, we feel that if you’re playing this every day with your family, it could get repetitive soon.

Our biggest concern about That’s You! is - if you have to use your smartphone, why would you buy it on a PS4? There are enough party games on smartphones to keep you hooked for a long time and That’s You! is not good enough for us to recommend it over all the games you can play on phones. If you don’t like party games available on smartphones, you’re not going to enjoy That’s You! either. And if you like smartphone-based party games, you can just play those instead, can’t you?

Despite this, we have to admit That’s You! a pretty fun game. You get to use your big screen as a board and a pleasant narrator keeps things interesting. This game isn’t a must-have for everyone, but it’s nice to have for your family get-togethers or parties with friends. It costs Rs. 1,499 but is currently free for PlayStation Plus subscribers, which makes it a sweet deal for most people who have a PS4.