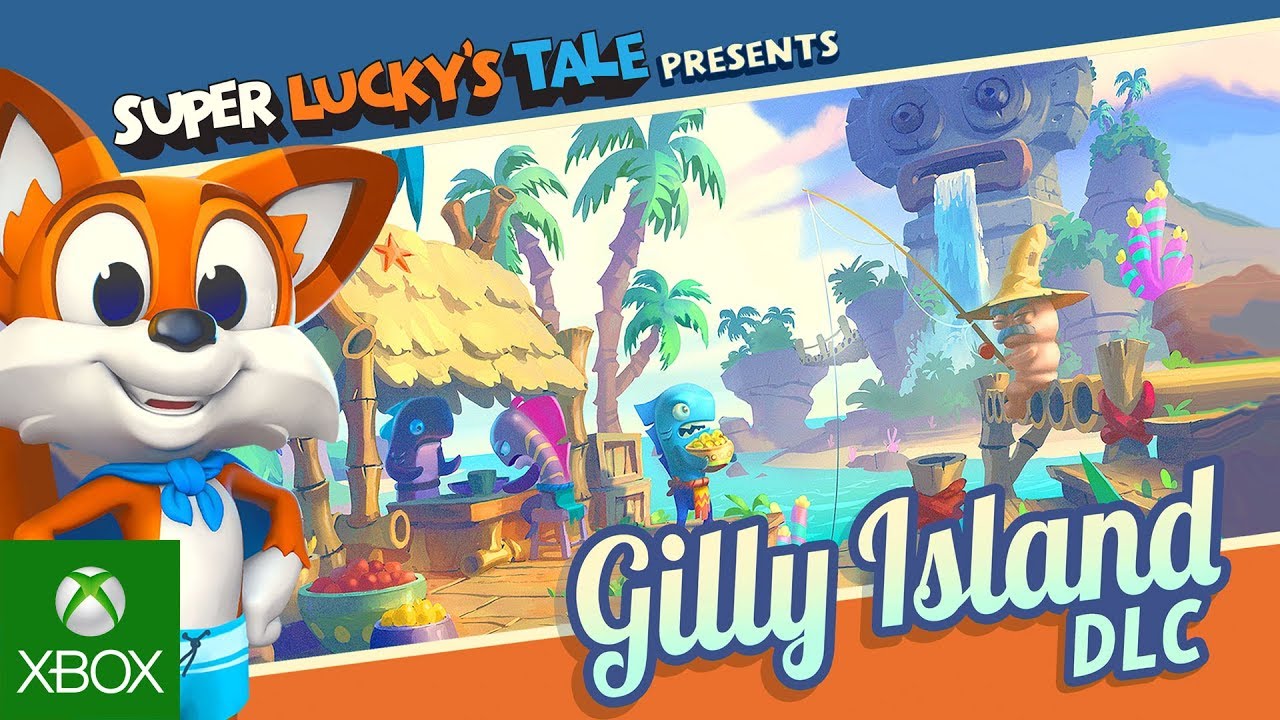 Exclusives haven't been a strong suit for Microsoft in recent years, save for the Forza racing series. One of the few launch titles for the high-end 4K-capable Xbox One X was Super Lucky's Tale, a hilariously mediocre 3D platformer whose resemblance to Nintendo 64-era Mario titles was the least of its problems: a rigid camera, imprecise controls, lack of level creativity, terrible padding, and unimpressive animation doomed the adventures of the talking fox.

The game's first expansion – Gilly Island – offered the chance for Playful and Microsoft Studios, the developer and publisher behind Super Lucky's Tale, respectively, to fix some of the glaring issues. But unfortunately, that isn't what you get here.

Gilly Island bills itself as a "tropical paradise" and an "award-winning vacation spot", which translates to more sand, water, palm trees and beach shacks than in the previous world. The premise goes like this: Lady Meowmalade, a parody of half a dozen female pop singers, is throwing a party to celebrate the release of her newest single. No one on the island cares for her terrible music, but it's so catchy that everyone can't stop dancing to it. Now it's up to Lucky to destroy speakers blasting her tunes, and put a stop to the menace.

The main task remains the same: to collect up to four leaf clovers per stage, which are needed to unlock the final boss fight. But unlike with the base game, which asked for 80 out of a possible 99 clovers, the new expansion is pretty liberal. As long as you finish the three different stages – one 3D, the second isometric, and the third 2D – you'll get to face Lady Meowmalade.

Earning the clovers also felt slightly easier in Gilly Island, and it's a good decision to not require players to beat the main game before embarking on their tropical journey. Of course, it's a different situation for completionists: a statue of Lady Meowmalade requires you to collect 105 clovers out of a possible 117. Another improvement involves the reappearance of clocks tied to timed mini-games upon failure, which previously required you to restart the level, a head-scratching game mechanic. But what hasn't changed is that you still have to go through the same dialogues and cut-scenes if you run out of lives.

One of the bigger annoyances, which is unique to the new DLC, is that in tasking Lucky to get rid of Lady Meowmalade's terrible music – which takes the form of high-tempo electronic instrumental noise – the game also subjects the players to an unbearably annoying soundtrack. If it's intended to be a mockery of today's chart-busters, the effect is lost. Instead, it becomes a challenge to withstand the music long enough to complete tasks to get rid of it. You might even find yourself turning off the sound altogether.

Couple that with Super Lucky's Tale's existing problems – frustrating controls and the useless camera we mentioned at the beginning – and you've got yourself a boss battle that takes more tries than necessary, and leaves your ears ringing. Thanks to the camera, it's hard to tell if you're going to make a particular jump, and the jumps themselves – especially the double-jump – don't feel consistent. The expansion also intermittently suffers from graphics bugs, where characters don't render.

The only upside is that Super Lucky's Tale is now part of Xbox Game Pass, Microsoft's subscription-based gaming service which gives access to Xbox One exclusives and a vault of over 100 games for Rs. 699 a month. If you're already a member, your can let your children try out Gilly Island at no extra cost to see if they enjoy it. Everyone else can go back to not wasting their time with this lacklustre game.