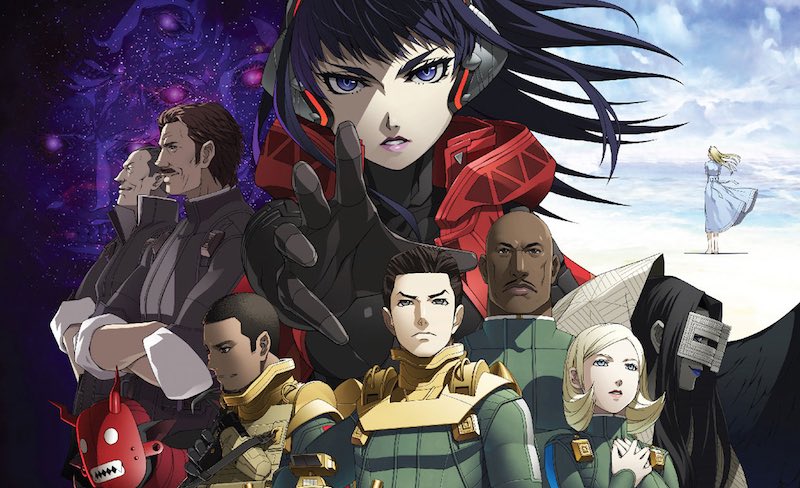 Firing up the game, you’re treated to a slick animated opening that gives you an idea of what to expect. In Shin Megami Tensei: Strange Journey Redux you’re a soldier who is a part of an Arctic expedition to investigate an anomaly known as Schwarzwelt, a mysterious, ever-expanding, demon-filled area that threatens to swallow the world. You’ll trawl through dungeons, fight demonic powers, and even have conversations with them that give you bonuses or allow them to join your party akin to the Persona games, a spin-off in the Shin Megami Tensei series.

The core gameplay loop has you traversing through this icy world in first-person, much like the Etrian Odyssey games for the Nintendo DS and 3DS. In these levels, you’ll square off against various enemy types, find new items, and acquire demons to aid you in battle. First-person exploration feels clunky and moving from one area to another isn’t as fluid as it could be; at times you feel you’re manoeuvring a tank instead of an elite soldier.

Combat is turn-based, allowing you and your allies to gang up on foes the moment their weakness is known. So if you cast a fire attack on an ice-based demon and others in your party can cast fire as well, they’ll follow up with an attack as well, allowing you to do more damage in a single turn. It adds a welcome sense of depth to the proceedings, having you wonder about what your party make up should be in specific environments.

These are bookended by quiet moments at your base letting you stock up on items and converse with your crew members for added exposition. Throw in a well-paced plot that involves angels, demons, sci-fi, and the supernatural all in equal doses and you have a heady combination that keeps you playing till the wee hours of the morning. Without spoiling much, the plot feels like a mature, darker version of the Persona games. No surprise since its from the same company, Atlus.

This time around, it’s not just a fresh introduction scene that’s new. Several quality of life changes make Shin Megami Tensei: Strange Journey Redux a welcome step up from its predecessor. Now you have 20 normal save slots that you can use anywhere at your base in addition to a single save slot you can use to save anywhere in a dungeon. That’s a welcome change from the DS version that had just two slots in total to be used either at your base or at save points in a dungeon. Also, you can now hold 18 demons instead of 12, giving you more options in battle.

Plus you can equip perks (or Sub-Apps as the game calls them) and abilities anywhere, as compared to the previous game that forced you to use a save point. These include being able to continue the game after your character has been knocked out or the ability to allow your entire team to attack before the enemy does. The user interface has been tweaked and character portraits exhibit a bit more liveliness with facial expressions during dialogue. Specific key moments are highlighted with cutscenes too.

These small but welcome changes aside, there’s new content as well. These include a new location called the Womb of Grief and a new character called Alex. As you progress through Strange Journey Redux’s story, you’ll encounter her and get access to the Womb of Grief which works similar to Momentos in Persona 5 in that you’ll be able to explore parts of it as the main story progresses. Except here, this area isn’t procedurally generated. Each element is handcrafted and going through it allows you to trigger different endings unique to this version of the game.

All of this makes Strange Journey Redux feel like a different experience compared to its DS debut. It’s not a dramatic remake by any means, but one that fixes most of our complaints about its predecessor while adding just enough new content to justify checking it out all over again. And for most part it succeeds.