Middle-earth: Shadow of War Review: More Lord of the Rings Than The Hobbit? 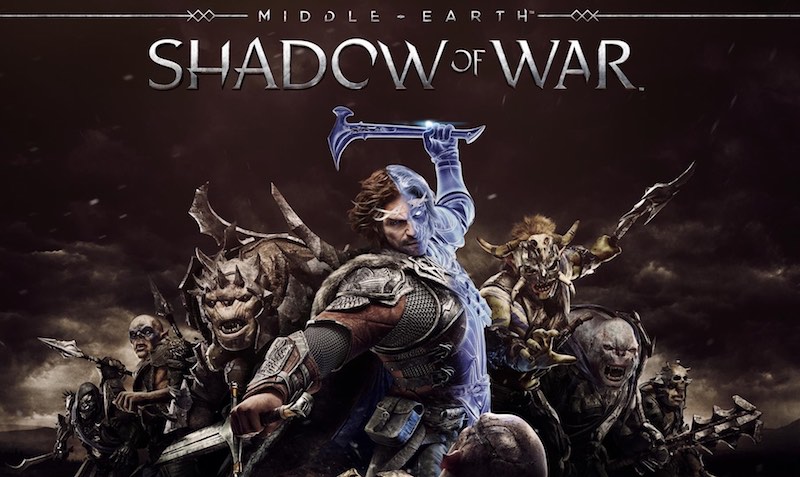 Middle-earth: Shadow of War has not had the best run up to its release. From a bland reveal to the announcement of micro-transactions, and even the controversy surrounding attempts by developer Monolith Productions to immortalise a late co-worker in-game, there have been a number of things that might make you think of skipping the title. But should you? We tell you in our Middle-earth: Shadow of War review.

Following the events of 2014's superlative Middle-earth: Shadow of Mordor, you once again take on the role of the ranger Talion, who shares his body with the spirit of the elf lord Celebrimbor. If you haven't played Shadow of Mordor, a cut-scene at the beginning explains what took place in that game. This is followed by Talion and Celebrimbor forging a new Ring of Power, to amass an army, and take on Sauron.

Before you know it, you find yourself conversing with Shelob, who for some reason looks like a femme fatale from a Bond movie instead of being the monstrous spider from Tolkein's books and the movies. Aside from being able to shapeshift, she is something of a seer, granting Talion access to visions of things to come, much to Celebrimbor's chagrin.

Shadow of War PS4 vs PS4 Pro vs Xbox One - Which Version to Buy?

Monolith's creative liberties with Shelob aren't the only slight on Tolkein's legacy. The game lazily reuses names of existing characters from Tolkien's canon, repurposing them for characters such as Idril(a Gondorian archeologist turned warrior ) and Castamir (Idril's father and the chief of the Gondorian city of Minas Ithil).

Other characters from the Lord of the Rings such as Gollum and the Witch-king of Angmar make a welcome appearance, as do some new ones like Eltariel who is an assassin working for Galadriel; and Baranor, the series' first black character. They're interesting additions to Shadow of War, and help bolster the narrative a fair bit.

However these characters, and even returning favourites from Shadow of Mordor, such as Rat-Bag, pale in comparison to some of the orcs you'll cross swords with in Shadow of War. The green-skinned warriors exhibit a whole lot more personality than anyone else in the game. There's excellent use of humour to humanise them, and the voice acting seems a lot more enthusiastic compared to some of the other characters in the game. In fact, you almost feel sorry for killing them.

Speaking of killing - the battle system in Shadow of War is as fluid as ever. Talion gets some new abilities like a super jump, and turning foes into ice. Throw in vast, open sandboxes to toy with your prey in, and the game feels even more empowering than its predecessor. Key skills like possessing an enemy and terrorising them are available early on, as are a slew of upgrades such as using spectral daggers. This makes fighting a treat, so much so that you'll relish taking on hordes of orcs in one go. If you thought Batman: Arkham Knight's polished combat was good, Shadow of War takes it a step further, no surprise since both games come from the same publisher, Warner Bros.

Shadow of Modor's highly praised Nemesis system also makes a comeback here. You can tap into the orc hierarchy by possessing lower class warriors (thanks to Celebrimbor's powers), just as you could in first game. Not only can you scope out captains and war chiefs — crucial cogs in the enemy war machine - but you can enlist them into your ranks with the end goal of conquering fortresses through Middle-earth. This time around you'll travel to Nurnen, Gorgoroth, and Seregost, to build an army to challenge Sauron.

The process of building an army is a large part of the Shadow of War experience. You'll hunt down captains, each with different strengths and weaknesses, with the intent of turning them to your side or simply thinning the opposition's ranks. The former allows you to bolster your forces, along with giving you the opportunity to infiltrate the enemy ranks, activating them the moment you lay siege to a stronghold, to give you the edge.

For most part, this results in a highly addictive loop of understanding of your foe, cherrypicking and recruiting those that matter with a flurry of sword stabs, and amassing enough of them to storm the enemy base. We say ‘for most part' because there's some padding that makes conscripting the troops you want more convoluted than it should be.

You see, if a captain is of a higher level than you, you can't have him fight for you. Instead, you'll need to use your powers to shame him after a prolonged battle. This reduces his overall level. Then you'll need to find him and fight him again in order to make him to join your ranks. This makes putting an army together in Shadow of War feel less like controlling a supernatural, undead assassin (who comes bundled with a grumpy elf lord spirit) and more like a grind-filled traditional role-playing game.

Unlike other games that feature micro-transactions, you aren't constantly nagged to purchase them, and in fact you disable them completely by choosing to play offline. While there's an online component not too dissimilar to Metal Gear Solid V: The Phantom Pain's Forward Operating Base (FOB) feature that pits your forces against those online, it doesn't impact the progress of your campaign. Instead it simply allows you to increase your stats if your troops defend well enough against the onslaught.

Nonetheless, not once did we feel compelled to spend money to progress in Shadow of War, which is heartening. The razor sharp combat and Nemesis system ensured that each encounter was full of entertaining moments, such as a flying dragon hurling fire down on the battlefield, or the surprise arrival of a high-level orc captain and his retinue, or Forthog the Orc-Slayer showing up and slaying your target for you. Or in our case, all of these at once. Thanks to the procedurally generated nature of the game world, there are enough diversions to make sure you won't mind that you'll have to have another go at trying to convince a giant Olog to fight for you.

Middle-earth: Shadow of War might not have had the best time pre-release, but it manages to be a solid, competent follow up to 2014's Shadow of Mordor. It's a gigantic time-sink of a game that's well worth your time and attention.