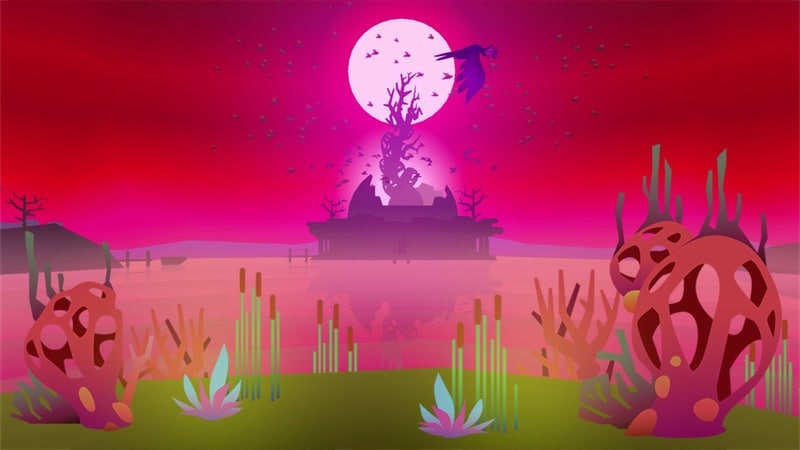 Severed is a game that was built for portable gaming. It's a first-person action-adventure game where you take on various demons in a vast dungeon. You attack these demons by swiping your finger over the touchscreen, and the experience works great on a range of devices, from the PS Vita, to the iPhone, and iPad. DrinkBox Studios has now released the game for the Nintendo Switch, and we started playing Severed the moment it arrived.

Severed gets its name from a key element of the plot, which you discover within the first five minutes. As you start wandering around dungeons, you come across a mirror where you can see your character. Since this is a first-person game, that is essentially the first time you see the character you play as - Sasha.

Sasha's left arm was severed and the reason behind this is revealed in a quick cutscene with hardly any dialogue. You start the game in a different realm and you can assume that you're in hell because you'll encounter monsters quite frequently. Some of these will reveal more of the plot and guide you on the quest, while others will gang up against you, forcing you to slash your way through various levels.

Your goal is to find members of your family, who are all with you in this realm for some reason. To do that, you need to traverse through several rooms in a vast dungeon. A neat little mini-map on the top-right shows you the rooms you've explored in white, and the ones you haven't in a darker shade. The map is an essential part of the game as it helped us keep track of where we were going.

Without the map, it's easy to get lost and move around in circles in the dungeons you encounter in Severed. The art style in the game is quite fresh and fun. Almost all elements in various levels are colourful and even though the game essentially makes you a gory monster slayer, it doesn't look or feel too violent.

Once you kill a monster, there's a good chance you can collect its severed limbs or eyes, which help you make your character stronger. Sometimes you find food to help you regain health in random rooms and at other times you find this by slaying monsters. Each monster looks stranger than the previous one, but you've got to hand it to the person who designed these, as they fit right in with the game's setting.

To control your character on the Nintendo Switch you can use any of the analogue sticks or even use the X, Y, A, and B buttons as arrow key replacements. You just need to use one of these -- unlike traditional control schemes where the left stick is to move and the right stick is used to look around. Combat and picking up items entirely happens via the touchscreen.

We didn't like this combination at all because the wide dimensions of the Switch make it too unwieldy for a game to use the touchscreen, and also one of the Joy-Cons attached at the ends at the same time. The analogue stick also doesn't work too well to help you move around since there are just four directions you can move towards. At the same time, the buttons on the Joy-Con are too small for comfort, which left us feeling quite uncomfortable playing Severed on the Nintendo Switch. And it works only in handheld mode so it's either this control scheme or nothing, making it far from intuitive to use.

To compare the experience, we fired up the game on an iPhone and it felt so much better. On iOS devices, Severed asks you to tap to move, tap to turn, slide two fingers on screen to look around, and even lets you use 3D Touch to get a closer look at the mini-map. The game plays extremely well on both iPhone and iPad, where it also is cheaper than the Switch version.

The half-controller, half-touchscreen implementation of Severed on the Nintendo Switch feels like an inferior control scheme to us. However, we still found ourselves hooked to Severed because it is a genuinely fun game. Severed has a pretty decent story and some awesome combat to boot. It's not just mad swiping on the screen to slay monsters. You actually need to figure out their weaknesses and slash in various directions, parry their attacks, and then land the killing blow.

Severed on Nintendo Switch is not the best way to play the game. If you have an iPhone or an iPad, then we strongly recommend that you play Severed on iOS. If not, it's not terribly expensive on the Nintendo Switch either but the experience is nowhere near as much fun. This game is best suited for touchscreens and probably wouldn't be as much fun if it allowed you to slash at enemies using a button. It's a hard problem to solve and DrinkBox Studios has tried its best to make it work on the Switch. Unfortunately, the iOS version is still far superior.