Skipping a ‘chicken dinner’ is simply not an option here 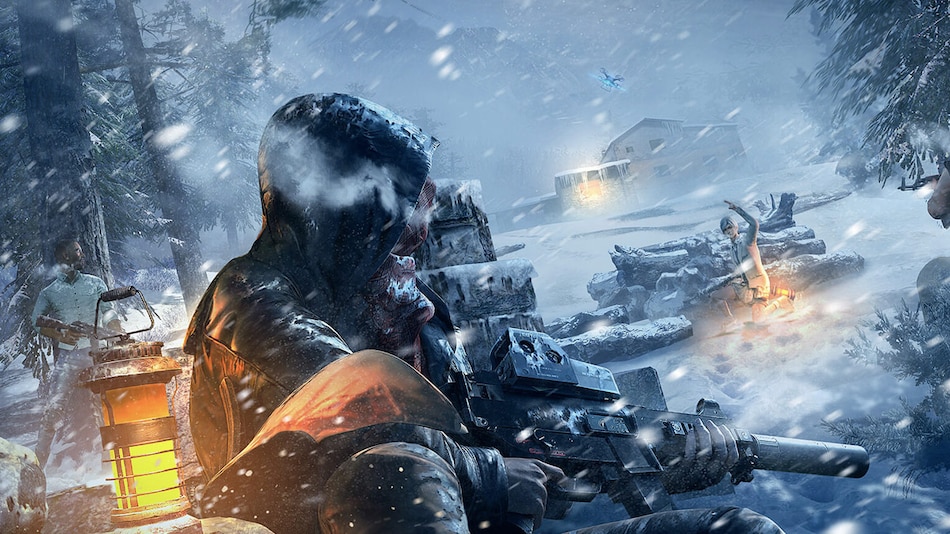 As the popularity of PUBG Mobile continues to surge Tencent has been adding new features and gameplay modes to it in order to keep things fresh and interesting. Only recently, it introduced a big update with version 0.17.0, and one of the new features is an Arctic Mode, which has just gone live. The new mode adds fresh gameplay mechanics and survival elements, so players even have to survive blizzards while fighting other teams.

The new Arctic Mode went live on April 16 and is a free update within the game. We've been trying it out for a few hours, and here are our initial impressions of it.

How to get the new Arctic Mode in PUBG Mobile

In order to get Arctic Mode, just ensure you're playing the latest version of PUBG Mobile, which is 0.17.0, which released on February 23. If you don't have the game installed, then simply head to the Google Play Store or the Apple App Store and download it.

When you launch the game, you should see a small pop-up banner for the new mode, on the left side of the game's main screen. In case you don't, simply tap the map below the ‘Start' button, go to EvoGround section, and in the ‘PlayLab' sub-menu, you should automatically have Arctic Mode as the first selectable option (provided you've already downloaded the ‘Vikendi' map).

​Arctic Mode should automatically show up in the EvoGrounds game mode

How do the new mechanics work?

Arctic Mode takes place in the snow-covered Vikendi environment, but there are new resources to scavenge for and an intermittent blizzard to deal with. This mode can only be played with a team of four players, and you'll still have 100 players per match. Think of it as a ‘Classic' match with a twist.

The first thing you'll notice is a new temperature gauge next to your health bar. You need to keep an eye on this when the blizzard hits. You also have a snowboard at your disposal whenever you're on any snowy surface. A quick tap of the ‘Ski' option lets you snowboard around instead of walking, which is fun. The controls are similar to driving a vehicle in the game. There are also some vehicles such as snow bikes scattered around the terrain, which you can use to get around quicker.

When you first drop onto the island, besides gathering guns, ammo and health packs, you'll want to keep an eye out for things such as branches, heaters, and warming packs. These are usually found in small piles inside houses. You'll want to stock up on a lot of branches in order to extend the duration of the bonfire you create. You'll also find chickens roaming around, some randomly scattered in the forests, but also many near houses. You can kill them and collect the raw meat for a literal in-game ‘chicken dinner' later on.

Before the blizzard arrives, you get a 30 second warning announcement to find some shelter. Once it hits, your body temperature begins dropping, which is indicated by the little thermometer. The moment it starts turning orange, your health begins reducing pretty rapidly, even more so than when you get left outside the perimeter of the play zone. We usually noticed two or three blizzards during the course of an entire match, which normally lasts for a few minutes each.

You can start a bonfire through a shortcut option which pops up on the screen, or open your backpack and select the option from there. Once you start a bonfire, you can keep adding branches to it in order to keep the fire going. A little timer above the bonfire lets you know how much time is left before it dies out. If you have any chicken meat, you can cook it on the fire and turn it into roasted chicken to consume later. You can also let your teammates collect the roasted chicken.

The heater is very useful for keeping yourself and your teammates warm. It's also found in houses, just like guns and ammo. When in use, it creates a wide circle of heat around you, so you and your teammates can actually move about from one house to another despite the blizzard, without freezing to death. If you find a drone, you can use it to scout the area and try to spot enemies in neighbouring houses. The drone has limited power so be sure to use it wisely. When you're done with it, you can recall it and use it later. Do keep in mind that you are vulnerable to attacks while flying the drone, so it's best to do this only if you have someone watching your back.

We noticed a few glitches in PUBG Mobile Arctic Mode, for instance the movement of chickens can be erratic at times, making it difficult to kill them. We noticed players empty entire clips of bullets before managing to hit a single chicken. Also, certain world elements like shrubs, which are supposed to be outdoors, end up getting rendered inside some houses.

Is it more fun than the classic Vikendi map?

Teamwork has never been more crucial in PUBG Mobile than it is in Arctic Mode, and it is best played with friends. Communication is also key here, as during the blizzard, it's best if some teammates focus on keeping a fire going while others scout the area with a drone or simply stay the lookout for any incoming attack.

Drones add a new stealth element to gameplay, which you can take advantage of

If you're looking for more of a challenge than the classic maps, then yes, Arctic Mode is certainly a whole lot of fun. Camping out during the blizzard can be a chore at times as there's nothing much to do other than wait around for it to pass. However, this also provides an opportunity to plan a surprise attack on other players.

Every bonfire that's lit during the blizzard shows up on the map, which means you can pinpoint where other players are holed up. If you plan things properly, your team could set up a nice ambush on others when they least expect it. However, if you're just going to sit around doing nothing during the blizzard, then there's not a lot that's different from the classic gameplay.

Have you tried Arctic Mode in PUBG yet? Let us know what you think of it in the comments.