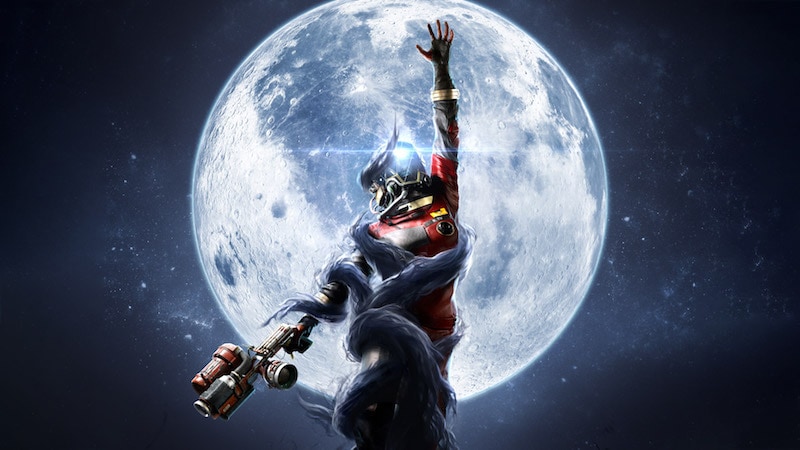 Sci-fi shooter Prey for PS4, Xbox One, and PC was one of our favourite games of 2017 thanks to its strong story and excellent level design. At E3 2018 last week, Bethesda announced that the game would be getting Prey: Mooncrash, its first piece of downloadable content. Prey Mooncrash download size is roughly 15GB on the Xbox One X, 14GB on the PS4 Pro, and 20GB on PC. While 2017’s Prey focussed on Morgan Yu and his attempts to deal with hostile alien lifeforms called Typhon aboard Talos I — a sprawling space station orbiting the moon — Mooncrash deals with five separate survivors trying to escape Pytheas, a Typhon-infested moon base.

The core loop of Prey: Mooncrash has you in the role of a character trying to escape the moon base. Successfully doing so unlocks another character - from Andrius Alekna, a frail volunteer with tremendous psychic powers, to Pytheas director Riley Yu who comes equipped with a Psychoscope that makes discovering powerful Typhon foes easy, each character has its own unique abilities and equipment that makes each escape run different. It’s not over when you’re done unlocking all characters either.

It’s not just the varied characters that make Prey: Mooncrash a fresh experience each time. Borrowing from roguelikes like Moonlighter and Darkest Dungeon, each playthrough has the facility being randomly generated. What this means is, enemy placements, ammo locations, and where you can find crucial items like health changes each time. The Typhon you’re up against include mimics and phantoms from the base game as well as some new foes like the moon shark, ensuring there’s more than enough variety to keep things fresh.

That said, Prey: Mooncrash’s enhancements extend to its implementation of the roguelike genre with its shooter trappings. Items you earn on each playthrough are permanent. So if you die or finish the objectives of a single character, they can be used for the next escape run allowing for sense of progression each time you play.

With Mooncrash, developer Arkane Studios has paid the same attention to detail you’ve come to expect from Prey. Be it security outposts or ransacked offices complete with computer terminals that allude to events prior to the Typhon breach, every inch of Pytheas feels lived in. It’s not short on story either as each character has two objectives — one of them is making it out of the Pytheas alive, and the other is a unique story objective that ties into its plot. While the former is straightforward, the latter is a lot more challenging with interesting narrative pay-offs. Without spoiling much, Prey: Mooncrash manages to expand on the Prey universe in meaningful ways that makes us hopeful of a sequel.

Furthermore, Prey: Mooncrash solves one of our complaints we had with the base game — its over reliance on jump scares. Here, you can’t escape an area until you’ve dealt with all enemies in the vicinity. Approaching the gate that blocks your exit gives you the rough location of where your opponents are, making them easier to find. Horror purists may find this an annoyance but after playing Prey, it's a welcome improvement to the proceedings. This is because it stops devolving progression through its locales into a contrived round of hide and seek, making the focus squarely on the combat, which is as responsive and satisfying as it is in the base game.

Our concerns with Prey: Mooncrash are minor. Along with its release were enhancements for the Xbox One X, promising a higher resolution and better frame rate. While both were obvious on Microsoft’s console, the loading times were longer than expected, running close to a minute which made getting back into the action after our character died a tad annoying.

All in all, Prey: Mooncrash makes Prey better. It isn’t a conventional addition to the game by any means, but it does more than enough to keep us coming back for more. It’s well worth a download if you own Prey, and a great reason to check out the game if you haven’t already.