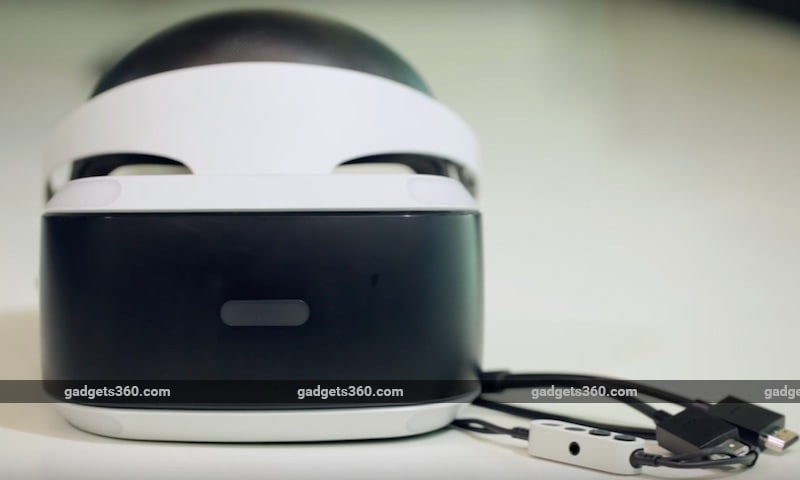 Every few decades or so, game companies take a stab at trying to make virtual reality a legitimate, mainstream gaming option. In the past, Sega and Nintendo tried their luck with Sega VR and the Virtual Boy respectively. Now, it’s the turn of Sony to do the same with PlayStation VR (PS VR) for consoles, while Oculus and the Valve-HTC combine duke it out in the PC world. After a week with Sony’s headset, is it fantastic or a flop? Read on to find out.

When you open the box you get a demo disc, the PS4 camera, and of course the PS VR head-mounted display itself. Alongside is a breakout box that’s shaped like a PS4 (albeit much smaller), which is needed for additional processing power, an adapter, a Micro-USB cable, a pair of earphones, an HDMI cable, and the necessary guides to get you started.

Setting up PS VR was rather quick. Simply plug in the headset and the necessary wires to the breakout box which connects to the PS4 via HDMI. It's surprisingly straightforward. This ease of use also extends to the initial calibration process. The PS4 camera detects a user wearing the PS VR headset instantaneously, and allowed us to set up and use it in under five minutes.

However the speedy installation comes at a steep aesthetic cost. The PS VR set up is a nasty nest of wires and cables, extending from the headset to the breakout box and the console itself and finally your power plug. You’d need superlative cable management skills and patience to not make it an unsightly mess - a wireless variant can’t come soon enough.

Thanks to the number of cords attached to it, you’ll be chained to your chair as you play. Don’t expect to add another headset to the mix either. The raw processing power needed for VR, Sony says, means that the current generation of consoles can only power one VR headset at a time.

Also, we’re not fans of the headset's white and grey colour scheme as it tends to yellow and scuff over time, though that mattered little when we started using it.

PlayStation VR Works With Steam VR, but There’s a Catch

Over prolonged gaming sessions, the PS VR worked well and we never felt the need to take it off. There’s smart use of plastic and rubber that makes this a durable yet welcoming headset. You can adjust the amount of space for your head with a button on the back of its headband, and another button just below the display. In a word, it’s roomy. In fact, it’s built for experiences that go beyond a few minutes.

Aside from being an ergonomic dream, it offers two input methods — PS Move controllers (a throwback from the time Sony thought aping Nintendo was a good idea) and the usual DualShock 4 controllers. The former is mandatory in the likes of Harmonix Music VR, Sports Bar VR, and Job Simulator, while the latter has a much wider range of game compatibility. Checking what controller is required before you put the PS VR is a good idea, or you'll end up taking the headset off to switch between the gamepad and the Move.

As for the games, there are plenty already, and hopefully more are on the way, considering the device’s early success. From the ones we tried, music shooter Rez Infinite is the standout experience. This multicoloured world of blocks is a whole lot more immersive in VR and the responsive controls and head tracking makes it a must play for any prospective PS VR owner.

Another game that stood out for us is Volume: Coda. Volume is a stealth game that released on the PC and PS4 in 2015. Volume: Coda is free to owners of Volume. You’re in control of rotating and changing your viewpoint using PS VR before moving your character. It might sound simple but thanks to the added depth of VR there’s a new dimension to the gameplay. This makes it an expertly crafted affair well worth checking out.

Although it might seem like PS VR shines in titles with a slower pace like Volume: Coda and in music-driven games like Rez, it works just as well in twitchy first-person shooters too. Rigs: Mechanised Combat, an e-sports-themed robot shooter proved this. Despite looking a bit plain, it’s an interesting experiment that we would have liked to see more of. That's unlikely though, given that Sony has shuttered the studio behind it, Guerrilla Cambridge.

PlayStation VR: Almost There but Not Just Yet

Then there was Batman Arkham VR, which was a bit of a mixed bag. The controls were unresponsive, and movement in the game is dependent on head tracking, which from time to time would not indicate areas you could teleport to. While these glitches could be written off as issues with lighting or calibration, they do a fair bit to hamper an otherwise solid experience that takes you on a whirlwind tour of Gotham City including Wayne Manor, Crime Alley, and beyond.

Other high-profile cameos — we're calling them that because they were excruciatingly short — were the likes of Star Wars Battlefront Rogue One VR experience, and Call of Duty Infinite Warfare’s Jackal Assault. These glorified tech demos showed off what’s possible when studios are willing to go beyond pure conventional AAA games.

What’s interesting to note is the perceptible lack of eyestrain or nausea that’s usually associated with VR. Even after hour-long sessions we were perfectly fine. Of course, there are some games that test you limits sooner than that, and we tried them too. DriveClub VR, was just as painful as it was when we first checked it out at IGX. On the other hand, EVE: Valkyrie, which has been reported to cause motion sickness worked well. Our only grouse being that its demo displayed quotes from positive media impressions of it before even letting you play the demo. Nonetheless, you may exhibit different physiological reactions to PS VR so we’d still recommend trying it out at a Sony Centre, Landmark, or Games The Shop — three of Sony’s PS VR retail partners - before making a purchase.

Also of note was the performance difference when using the PS VR paired with the PS4 and the PS4 Pro. Almost every title we played had sharper image quality and better visuals on the PS4 Pro and loading times were better too. However, there was no perceptible difference in head tracking, nor did we notice any changes in frame rate. The PS4 Pro of course has a USB port at the back that is handy to use with PS VR, allowing us to keep the front ports free for charging controllers.

All in all, PS VR is worth considering. It’s cheaper than both Oculus Rift and HTC Vive, which are not available in India just yet and cost $499 (around Rs. 32,700) and $799 (approximately Rs. 52,350) respectively before import duties and other charges. That’s without considering their steep PC requirements wherein you might need to spend roughly Rs. 70,000 for a decent rig. Comparatively, a PS4 Slim can be purchased for Rs. 27,990 and the PS VR for Rs. 41,990. If you already have a PS4 camera, Sony will be releasing a bundle without it at Rs. 37,990 soon.

This does not count games though. While both PC headsets' games catalogues are subject to deep discounts from time to time thanks to Steam sales, Sony has kept three price bands for PS VR titles. Smaller titles like Until Dawn: Rush of Blood cost Rs. 1,499; budget releases like DriveClub VR occupy the Rs. 2,499 slot; while Rs. 3,999 is reserved for full-fledged VR titles like EVE: Valkyrie. Discounts from the likes of Amazon, Flipkart, your local game store or PlayStation Network could lead to better prices on the games you want, but that is unlikely to happen anytime soon.

Despite having just one single killer app in Rez Infinite, the PlayStation VR is bolstered by titles such as Volume: Coda that offer a welcome take on existing game, and some intriguing experiments from the likes of EA and Activision. Granted, the PlayStation VR doesn’t come cheap, and the mess of cables will be a deal breaker for some, but if you absolutely must have a gaming VR headset right now, this is the one to get. Relatively, the pricing is reasonable and with a decent range of experiences currently available, and the promise of more to come in the form of Farpoint, Gran Turismo Sport, Star Trek: Bridge Crew, and others, the future of VR looks alright, at least on the PlayStation.