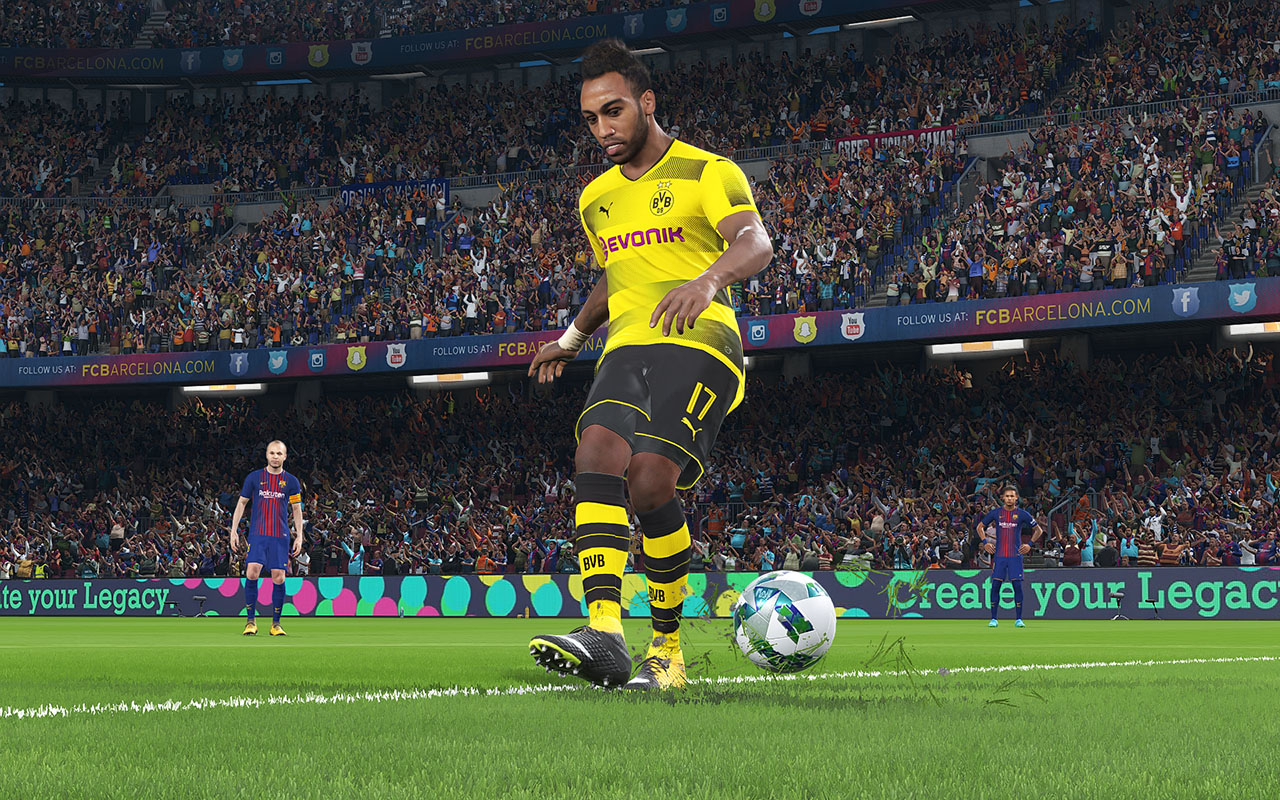 A screenshot of PES 2018 on PC, captured with Nvidia Ansel

For the last few years, Konami's football sim Pro Evolution Soccer, or PES as it's called by everyone, has treated its PC fans like an unwanted burden. Though they were developed on the same Fox engine as their console counterparts, the PC ports have felt two generations behind, visually. With PES 2018, available on Thursday in most countries, Konami is promising to change that.

From our time with PES 2018 on PC and PS4, we can tell you it does deliver on that promise. The game's Steam version looks just like it does on the PS4, and if you've enough firepower, you can even push it all the way up to 4K. Plus, Konami has partnered with Nvidia to offer Ansel support for PES 2018, which means that you can pause the game at any moment and capture highly-detailed screenshots. With that in mind, here's everything you want to know about PES 2018 on PC.

PES 2018 PC system requirements
Unlike FIFA 18, PES 2018 does not have DirectX 12 support on PC, and will make use of DirectX 11 only. In terms of display, it will also support 21:9 ultra-wide resolutions.

PES 2018 PC graphic settings
As always, Konami has kept the settings as a separate executable, which means you can't change resolution, frame rate (30/60fps), and keyboard controls from within the game. Moreover, if you select a resolution that doesn't match with your screen's aspect ratio, then the graphics end up being stretched to fill the screen.

PES 2018 PC performance
Before you start playing PES 2018, make sure you have the latest Nvidia driver for your card: 385.41, which is the "Game Ready" driver for Konami's new title.

On our test PC – Intel Core i7-4770, Nvidia GeForce GTX 1060 6GB, and 16GB RAM – Konami suggested the High preset. PES 2018 ran comfortably throughout on 60fps without a single hitch, which makes sense as our system was over-powered compared to the recommended system requirements.

We tried pushing it further by diving into the Nvidia Control Panel, and artificially lifting settings to eke out better visuals. But our efforts were in vain, as there was no improvement to be seen in PES 2018. The game is leaps and bounds ahead of what PES 2017 was on PC, but it's not going to blow you away.

PES 2018 PC + Nvidia Ansel
What is quite amazing though is what you can do with Nvidia Ansel, which takes video game screenshots to a whole new level. In PES 2018's Replay mode, you can bring up Ansel by pressing Alt + F2, which removes the game UI and gives you unrestricted free camera access to any moment in that match's history.

You can then move and place the camera at any angle, which allows you to frame any moment – be it a bicycle kick, a terrific save, or just a well-lit shot of your favourite player – and create a wallpaper out of it. You can even change the field of view, or create 360-degree images that can be viewed in VR apps.

Plus, Ansel allows you to save your images in "super resolution", which are tens of thousands of pixels in size. Not only do they give you the ability to see what each spectator in PES 2018 looks like (spoiler alert: they are all copies of each other), but more importantly, you can downsample these images to create better-looking versions than is usually possible.

PES 2018 or FIFA 18 PC. Which one to buy?
PES 2018's pitch turf and face models, which Konami says have been redesigned for the new iteration, aren't compelling enough while you're playing. Though they deliver great quality with Ansel, the live game lacks in the level of detail, lighting and shadow models, or the contrast that we see in our world. This becomes much more apparent when you put it next to its biggest competitor: FIFA 18.

While the final version of FIFA 18 is due later this month, EA Sports released the demo on PS4, Xbox One, and PC earlier this week. We spent a few hours with both games to understand their approach to visuals, and figure out which one performed better. And on nearly every front, FIFA 18 came out on top. It is thanks to EA's work with Frostbite, and the nearly seamless switch from the Ignite engine last year, which has allowed it to push visual fidelity further.

Of course, the graphics don't have any impact on how a game plays. Most football fans tend to have a favourite between the two, and if you're the kind who prefers Konami over EA when it comes to armchair goal-scoring, you're going to buy it anyway.

So should you buy PES 18 on PC?
If you tend to spend more time playing online as opposed to against the AI, it's worth noting that PES tends to have a bigger base of players on consoles. And given the lack of cross-play between platforms, you're better off sticking to PS4 or Xbox One.

On the other hand, if you've been waiting for a good PES PC port for years (like this author), and love creating your own screenshots, then PES 2018 on PC will serve you well. It also costs less than the console version in India, which makes it all the more appealing.