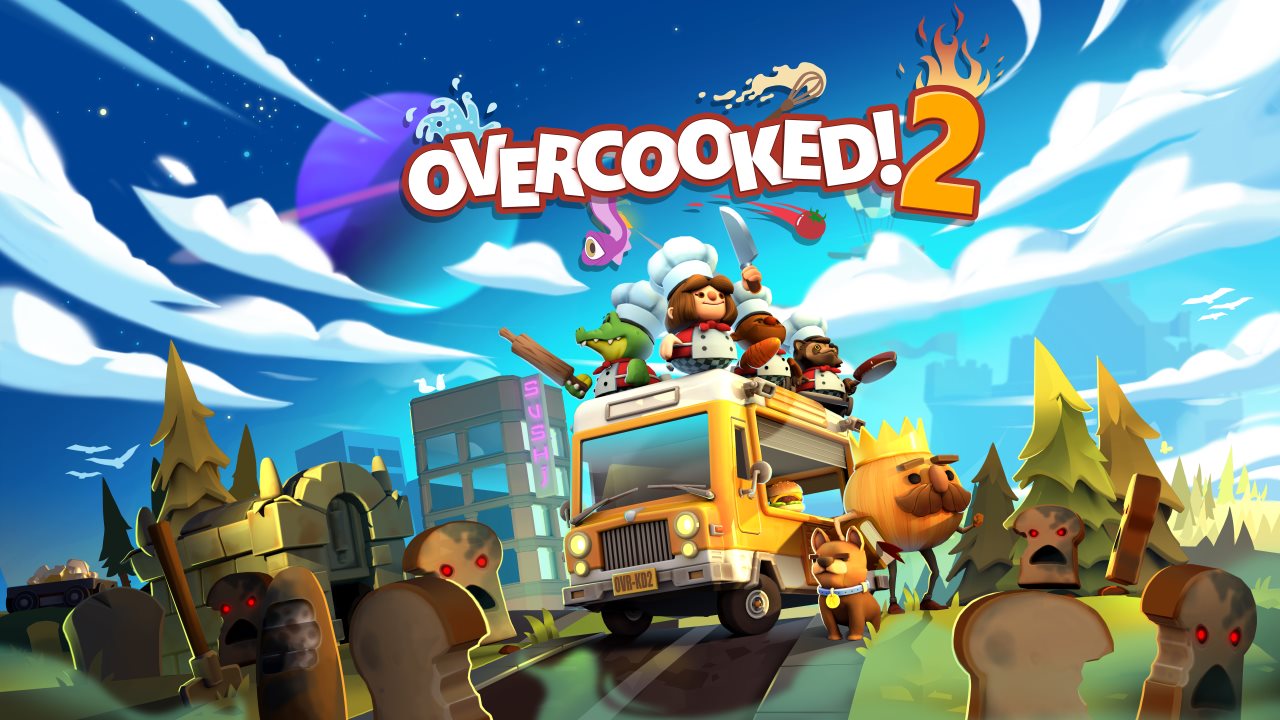 Two years after impressing critics and winning hearts with its challenging yet fun (and oft-hilarious) cooking sim game, the creators of Overcooked are back with a sequel in Overcooked 2, out now on PC, PS4, Switch and Xbox One after being announced at E3 2018. Even though it has ‘2' in its title, Overcooked 2 is built in a way that players can jump directly into the new one without having to bother with its predecessor. And though you can play it in single-player, Overcooked 2 is essentially designed as a co-op experience for 2-4 players, with the most fun you will have with the original and the new sequel coming when you've a friend or more in tow.

Moreover, Overcooked 2 is one of those rare titles in today's gaming landscape that's better for couch co-op. (In fact, Overcooked didn't even have online multiplayer, a glaring omission that's been thankfully fixed with the sequel. It works well and gave us no trouble, save getting stuck once during loading.) And that's because being able to communicate with your gaming partner(s) is a crucial part of the game, with your communication efficiency having a direct and equal effect on your performance in the game, as much as your dexterity with a controller. Problematically, Overcooked 2 doesn't have a built-in voice chat option, so you'll need to rely on external solutions for your platform of choice.

Like the original, Overcooked 2 has a story mode. But honestly, it's more like a series of levels merely pasted together with a thin layer of plot that has no bearing on what you're doing in the kitchen. The main villains in Overcooked 2 are based on a wordplay: ‘Unbread', you know because they're undead bread slices. But they don't make an appearance after the opening cinematic, with their presence reserved for Overcooked 2's swansong. Before that, you have to play through six differently-themed worlds – hot air balloon and wood rafts among them – containing as many levels, in which you can earn between zero and three stars, which accumulate to unlock future levels.

The dishes you make keep changing with the recipes getting more complex as you progress in Overcooked 2. What starts off with simple chopping and a tinge of cooking – think sushi, fries or nuggets – slowly evolves as the game brings in more elements such as frying, mixing, blending, steaming, baking in future levels and worlds, tasking you to whip up burgers, pasta, and pancakes. But that's far from the only way the game ratchets up the difficulty, with the more frequently demanding tasks involving battling the environment you're cooking in, be it navigating kitchen layout and design, avoiding potential pitfalls that kill you off for five seconds, or figuring out mini-puzzles that stand in your way.

For those who played Overcooked, most of that will sound similar. In fact interestingly, the scaling up of difficulty in Overcooked 2 is more gradual and less challenging than in the previous one, which was a lot more unforgiving. Here, we were able to cruise past the first world and despite not earning all three stars in each level thereafter, we were able to reach the sixth and final world before we had to turn around and go redo an old level for a better score. Overcooked 2 is definitely more accessible than the original; it seems like co-developers, England-based Ghost Town Games and Team17, want to make sure that players will experience more of the game before hitting any major roadblocks.

Overcooked 2's more gradual ease-in is bound to delight casual players and even those looking to have Overcooked as a Mario Kart-alternative when they have friends over for a party. But make no mistake, the difficulty does eventually climb to levels – at times quite suddenly in later worlds – that you will find yourself repeating the same level over and over to figure out how to beat it. And it's only when you return to older, easier levels out of necessity or in other game modes – ‘Arcade' randomises what level you get while ‘Versus' turns the usually co-op affair into a cook off – that you can fully appreciate how much you have grown as a player.

Returning fans of the series will note newer challenges coming in the form of game mechanics – you can now ‘throw' raw ingredients to your friend or directly into a pot if you've a good aim – and environmental constraints such as magic portals, travellators, and fires that block your path and need to be extinguished at times. The only annoying (and frankly unnecessary) addition to Overcooked 2 are switches on its story-mode map, which have to be found and activated to gain access to newer levels at times. It's not clear why the game devs decided to have this feature in the first place, as it doesn't contribute to the gameplay in any way, but thankfully it doesn't rear its head too often.

The only other pain point is a by-product of Overcooked 2's hectic nature, which requires you to be constantly on the move, be it rushing to pick up ingredients, rushing to cook them, rushing to make sure things don't catch on fire, rushing to serve dishes on time, or rushing to clean used plates. Naturally, all this requires you to move as quickly as possible from A to B, but the controls don't afford enough precision to give you the feeling that you won't fall down and lose time – a commodity that's rare in Overcooked in the first place – which is only exacerbated in levels that take things up a notch by increasing the possibility of falling down.

But that's only a minor worry amidst the hours of joy that is Overcooked 2, which may not be as demanding as the original but continues to be a challenge that you will love to solve, thanks to the sheer variety of levels that push you in all sorts of ways. And it's all the more enjoyable if you've got someone along for the ride, as the sheer pace of the game will have you shouting recipe steps at your fellow chefs or being screamed at for picking up or mixing the wrong thing(s), and trying to avoid bumping into each other and god forbid push anyone off the floor. A showcase of social gaming at its best, you owe it to yourself to put on your (virtual) toque blanche and revel in the delight that is Overcooked 2.