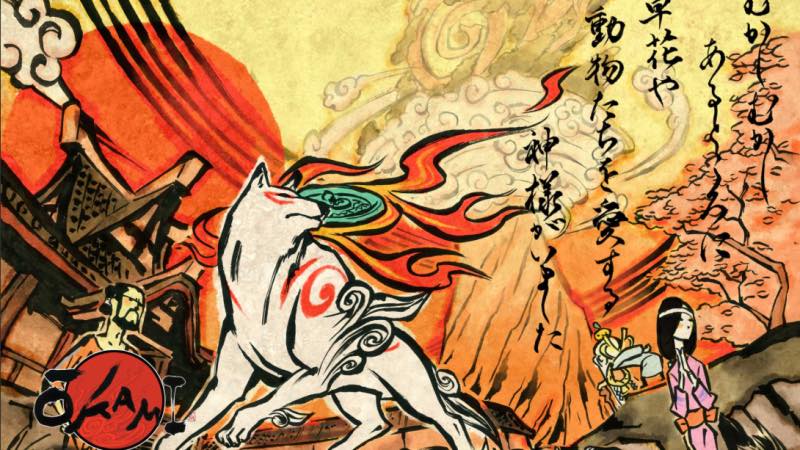 Okami HD is, as the name suggests, a high-definition re-release of Okami for PS4, Xbox One, and Windows PC. Developed by Clover Studio for the PS2 in 2006, Okami met with critical acclaim, but little commercial success. It had the misfortune of hitting stores around the same time as the likes of Final Fantasy XII, Elder Scrolls IV: Oblivion, and Call of Duty 3.

Nonetheless, publisher Capcom gave this watercoloured adventure another lease of life with a release for the PS3 and the Nintendo Wii, before bringing it to current generation hardware. Now, 11 years since its debut, does it hold up or is it just another cash grab? We tell you.

Okami is Capcom’s take on the Legend of Zelda. You play as Amaterasu, the goddess of the sun, in the form of a white wolf. Just as traditional Zelda games usually have a fairy to drop hints or help take the plot forward, Okami has Issun-an atom-sized artist, belonging to a mythical race known as the Poncle, for a side-kick.

Taking place in a cel-shaded, ink-illustrated representation of Japan, Okami has you partake in numerous quests to save the land from a great and ancient evil. These range from the mundane, such as growing trees, to the magical, such as defeating gigantic demons. All of these result in money and Praise (the game’s take on experience points) which you can use to buy new gear and upgrade your skills. Combat in Okami takes place in cloistered arenas and is in real-time. Here you can use weapons, melee attacks, and even a brush to beat your opponents. Yes, a paint brush, or the Celestial Brush as it’s called in game.

A press of a button summons a canvas that you can draw on using the left analog stick. This lets you slash through foes by drawling a line through them. Aside from being useful in battle, the Celestial Brush is crucial in solving puzzles - such as drawing the missing piece of a constellation in the sky, or repairing a bridge. As you progress, you earn upgrades allowing you to draw a veil of mist that slows time giving you a few moments more to react against faster enemies, or a sign that lets you summon a blizzard to freeze them or create a platform allowing you to cross huge chasms. The brush is an interesting addition that makes Okami stand out from a gameplay perspective.

This is backed up by slick controls in combat and in puzzle solving. It’s easy to pull up the Celestial Brush when you need it, and simple to draw what’s required. There has been the odd occasion where the game refuses to recognise what we’ve sketched, but these have been few and far between through the game’s 40 hour journey.

And while Okami HD retains most of what makes the original a treat to play, it doesn’t go beyond that. This HD re-release supports 4K resolution on the PS4 Pro, Windows PC, and Xbox One X. You can also choose between 16:9 widescreen or the original 4:3 aspect ratio. But that’s it. There are no extras in terms of new modes or content, which would have been nice inclusions.

As for Okami HD in 4K, it’s a dramatic improvement over the PS2 original and even the PS3 and Wii releases. However, there is a hazy filter masking the game world, making it appear softer than it is, and Amaterasu’s character model tends to flicker. All of this results in a game that, while visually spectacular, tends to feel almost like watching a 3D movie without glasses in some instances, which can put a damper on the proceedings. Despite Capcom claiming additional "Xbox One X Enhancements" over and above 4K resolution, there was little different in terms of frame rate or visual quality when compared to the PS4 Pro and PC versions of Okami HD.

All said and done, Okami HD is a competent remaster of a beloved classic. Hopefully we’ll see Capcom revisit some of its other PS2 and GameCube era output like Viewtiful Joe and Godhand. Till then, Okami HD is well worth checking out.