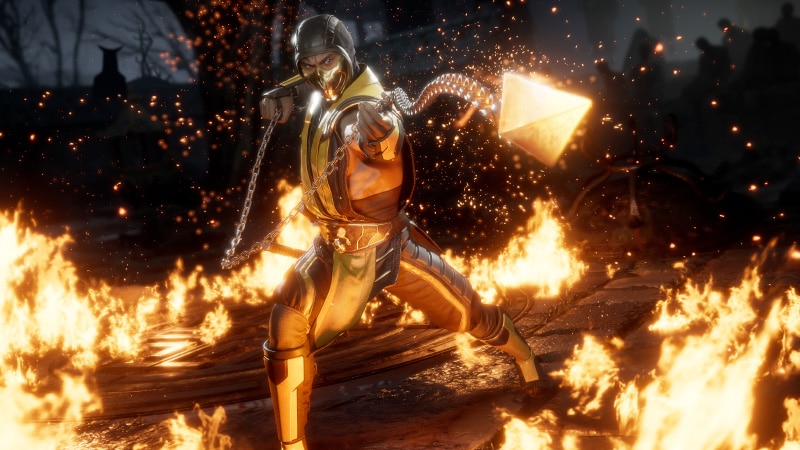 Mortal Kombat 11 for the Nintendo Switch marks the series' return to a Nintendo console for the first time in nearly twelve years. While the Nintendo Switch has seen its fair share of games such as Doom and Skyrim that we never thought would make it to the console, we've also seen a host of other titles that have no business being on it like WWE 2K18 and LA Noire. And where does Mortal Kombat 11 fall? Well, squarely in the middle. Read on to find out why.

First up, Mortal Kombat 11 on the Nintendo Switch is a 22.6GB download via the Nintendo eShop. There's a physical version on the way as well, but you'll need to download at least 15GB as the game's cartridge has only 8GB of data. In our experience, the full game download took about three hours on a 50Mbps Internet connection.

While this is to be expected given Nintendo Switch's well documented Wi-Fi issues, firing up the game presented a whole host of other issues right from the get go.

Be it in docked or handheld mode, the trade-offs made to bring Mortal Kombat 11 to the Nintendo Switch are obvious and plentiful. The menus are distinctly low resolution and would be right at home on mobile devices from a few years ago. They're blurry through and through and the readability of in-game text suffers because of this as well.

This blurry, muddy presentation extends to Mortal Kombat 11's many cut scenes too. There's an overabundance of aliasing and minor pauses mar its cinematic moments. Even fighter intros and gruesome fatal blows aren't spared. They all suffer from a loss of detail, so much so that you think you're playing an early PS3-era game.

It doesn't help matters that Mortal Kombat 11 on the Nintendo Switch is also missing some features that are present on other versions of the game despite developer NetherRealm touting complete parity with the PS4, Xbox One, and Windows PC versions of the game. You can't select announcers, character lessons are disabled, and the move list fails to explain how to perform krushing blows.

Granted it's not as bad as EA forsaking an entire game mode in Ultimate Team for FIFA's Switch outings, but it's an annoyance all the same especially after NetherRealm promised no features would be left behind.

With all that said, Mortal Kombat 11 manages to redeem itself when it comes to fluidity of the gameplay and the resultant frame rate. In a match, it's surprisingly smooth, seeming to stick close to the 60fps that was announced pre-release.

From chaining together elaborate, gory moves or evading enemy attacks, when you're actually in battle, Mortal Kombat 11 on the Nintendo Switch is smooth and responsive regardless of being played on a big screen or in handheld mode.

The Mortal Kombat 11 Nintendo Switch frame rate was consistent in all game modes with the sole exception of the Krypt, which suffers from a wealth of visual cutbacks and slowdown. Then again, considering all you really do in the Krypt is open loot boxes, it isn't a deal breaker by any stretch.

As for visuals, actual gameplay in Mortal Kombat 11 on the Nintendo Switch doesn't look as sharp or polished as the PS4 and Xbox One versions. There are missing environmental details and have a fairly blurrier image to boot. You can also spot differences in how fatalities look compared to other platforms.

These are somewhat rectified when playing on a TV connected via docked mode as it looks a bit cleaner and sharper, but in handheld mode, it's just about tolerable from an aesthetics standpoint. Though the aforementioned frame rate more than makes up for it. Mortal Kombat 11 on the Switch is an extremely playable albeit not so good looking fighting game on the go.

So should you get Mortal Kombat 11 on the Nintendo Switch? If you don't own a PS4, Xbox One, or Windows PC, can stomach its download size, and are perfectly fine with missing graphical details and minor absent features, yes. The fluidity makes it worth considering as it feels fast and enjoyable where it counts, in actual gameplay.

Mortal Kombat 11 on the Nintendo Switch may lack the visual pedigree of its more powerful counterparts, but holds its own where it matters.

Gadgets 360 played a review code of Mortal Kombat 11 on the Nintendo Switch, the game is available digitally on the Nintendo eShop right now for $60 (around Rs. 4,200) with a physical release slated for May.