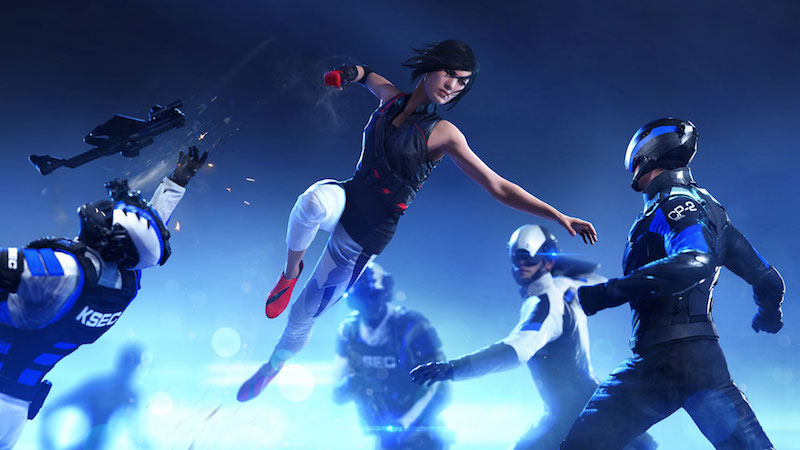 After almost a decade, the fine folks at EA have decided that we're ready for another game in the Mirror's Edge franchise. The first game merged parkour with a uniquely clean aesthetic. Taking place in first-person, you'd run and jump across the roof tops and all manner of corridors as Faith, a courier tasked with delivering not so legal goods in a near dystopian future.

It was however, plagued with concerns ranging from a so-so plot to flat out poor navigation where you never quite knew where to go.

Mirror's Edge Catalyst is a reboot of Mirror's Edge. You don the role of Faith as you traverse the skyline of the city of Glass, dealing with all manner of obstacles and enemies in your path. In our preview of the game we noted how its open-world isn't up to scratch and its characters, cringe-worthy. Does this change much after an extended playthrough? Well, somewhat.

For one, Mirror's Edge Catalyst's pace picks up quite well after stumbling at the opening. There's a prolonged cut-scene and some annoying banter along with some necessary tutorialisation that teaches you the basics. These include learning how to kick guards into railings, run across many a gap, and simply come to terms with the game world. Some of these early segments aren't clearly explained and you will probably fail them a couple of times before you realise what's needed of you, such as an early mission wherein you have to maintain your momentum while running and hitting foes in your way to a location to drop off a delivery.

But once that's over, things pick up quite a bit. The story barely drops a beat and there's always something going on. What's more is that you'll end up exploring most areas of Glass by the time you're done, which allays our early thoughts that runner vision - the game's navigation feature - would lead you on the straight and narrow, with little else. There's a steady stream of unlockable skills as you take on story missions such as being able to turn quickly (or quickturn as its called) or swing between gigantic chasms. Not only does it provide incentive to complete the game's narrative-based levels, but it also introduces you to several nuances as you play along.

As for the traversal itself - it's pretty smooth. From sliding beneath pipes to scaling walls, it's all enjoyable. The controls are every bit responsive as they should be and are flawless, to the point where most deaths are usually due to you not following runner vision (if you have it on) or simply not pressing the right button at the right time.

This is combined with a basic combat system. You can dodge incoming strikes, move backwards to avoid getting hit, and use heavy and light attacks to even the odds. Furthermore, you can use your own momentum as well, what with the force of springboarding off a ledge to hit a security guard allowing you to do more damage. Despite a somewhat minimal set of options, it's interesting how varied combat can get thanks to AI that's responsive to every move. If you keep mashing the same buttons, you'll soon realise that your attacks are blocked or countered, and that you'll be greeted by a game over screen. If you want to get past most of Mirror's Edge: Catalyst's encounters, varying your approach is most helpful.

This sense of variety extends to the missions on hand. You'll infiltrate hidden research labs, sneak into communications networks, and indulge in all manner of skullduggery that comes with the territory of being a protagonist with murky past. As the game wears on, you'll get to know about the backstory of Faith and her allies. These segments do more than enough to keep you engrossed in Mirror's Edge Catalyst's events despite the somewhat annoying characters. Be it fellow runner Icarus, your foster father slash employer Noah, or the clingy Nomad, they're almost as annoying as 2015's Need for Speed if not more so thanks to cringe-worthy dialogue that does little to make you care. They're simply a reason to further the story. 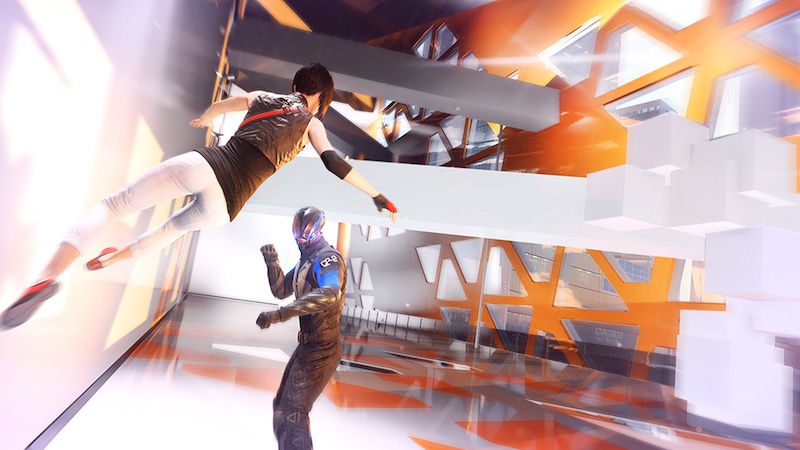 Perhaps the biggest offender is the city of Glass itself. Of course it would be unfair to expect anything along the lines of The Witcher 3 or Grand Theft Auto V in terms of atmosphere, but it doesn't even come close to the multiple entries in the Assassin's Creed or Far Cry franchises. You'll sabotage surveillance, steal computer chips, and collect glowing orbs of intel known as gridleaks, but it feels devoid of life. This ensures the most fun you'll have is in the story missions rather than exploring Glass and the secrets it holds.

In terms of looks, Mirror's Edge Catalyst retains the same sharp visuals of the first game. It appears blurrier on the Xbox One and is replete with jagged edges and inconsistent character models. On the PS4 this is somewhat alleviated with fewer jaggies and a crisper resolution. With EA moving all its games to its own Frostbite engine we won't be surprised to see the PC version looking the best as we've seen in the past with other Frostbite games such as Need for Speed and Star Wars Battlefront.

Mirror's Edge Catalyst isn't a perfect return of the 2008 cult classic and that's okay. If you're looking for a free-running romp through a city ruled by shady corporations backed up by slick controls and navigation, you can't go wrong. As long as your expectations are in check in terms of its open-world what with many a game sporting one, you'll be fine.

We played a retail copy of Mirror's Edge Catalyst on the PS4. The game is available on the PS4 and Xbox One via Amazon and is on PC digitally through Origin. The game releases on June 9 in India.