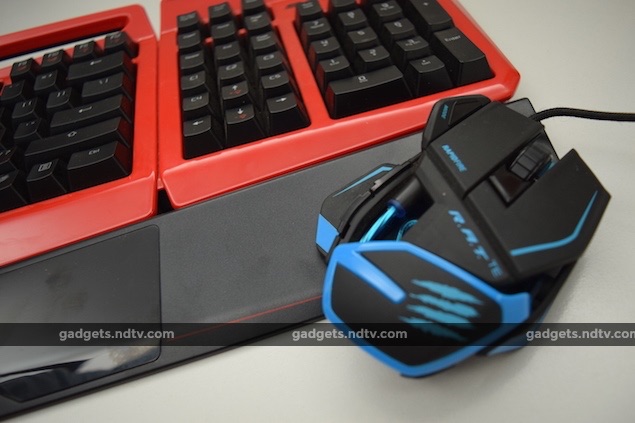 Described as "a company that consists primarily of hardcore gamers", Mad Catz has been around longer than contemporaries such as Razer. The latter is perhaps the most visible in the gaming peripheral space, thanks to its products' catchy names and sleek looks. However, Mad Catz is known for radical designs, unique controllers, and most notably, arcade sticks for fighting game aficionados.

Today we have the Mad Catz S.T.R.I.K.E. TE keyboard and R.A.T. TE mouse for review. The TE suffix denotes that these two peripherals are of Tournament Edition quality. This means they're tuned for whatever most e-sports junkies are up against in competitive play - or so Mad Catz would like us to believe. How do they really fare? Read on to find out.

The S.T.R.I.K.E. TE is Mad Catz's first mechanical keyboard. It might not look one with its bright colours and unconventional design, but it takes no more than a few clicks to realise that it's not as ostentatious as it looks. If you're upgrading from an existing Mad Catz keyboard, the difference is immediate. This is due to the use of Kailh Brown switches instead of the usual silicone dome variety used on other keyboards. In spite of appearing rather plasticky, it has a surprisingly sturdy build. 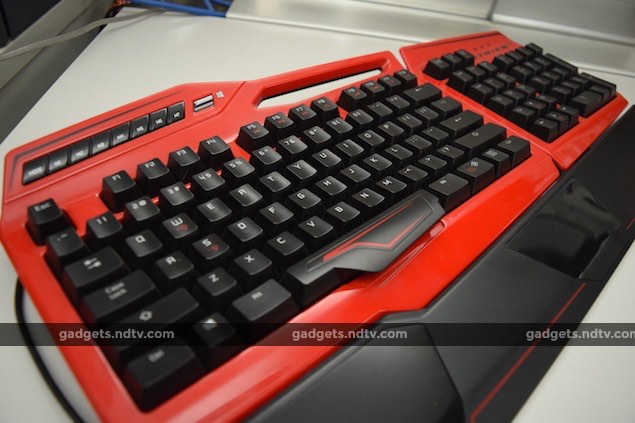 Purists might sneer at the lack of Cherry MX switches, the gold standard for mechanical keyboards, but you'd be hard pressed to tell the difference. Much like Razer's BlackWidow Chroma that uses Razer's own switches instead of Cherry's, there's very little variance if at all. Keystrokes feel smoother, faster and a lot more responsive what you'll be used to if you use a non-mechanical keyboard. The keys spring back up with each tap, making the S.T.R.I.K.E. TE a joy to use.

But where it really shines is with its 30-key rollover. This handy feature lets you hammer down on 30 keys at once without the keyboard freezing. It's a nice addition given that real-time strategy (RTS) games such as StarCraft II and multi-player online battle arena (MOBA) games such as League of Legends have you using multiple keys in one go. While it's rare to find yourself pressing down on 30 keys at once, the feature is welcome as it ensures that you're future-proofed against games that might involve even more hectic virtual battles.

In another e-sports-friendly move, there's a switch that allows you to disable the Windows key so you don't accidentally switch out of your game. It's a nice touch to help avoid losing in the middle of a frenetic firefight. 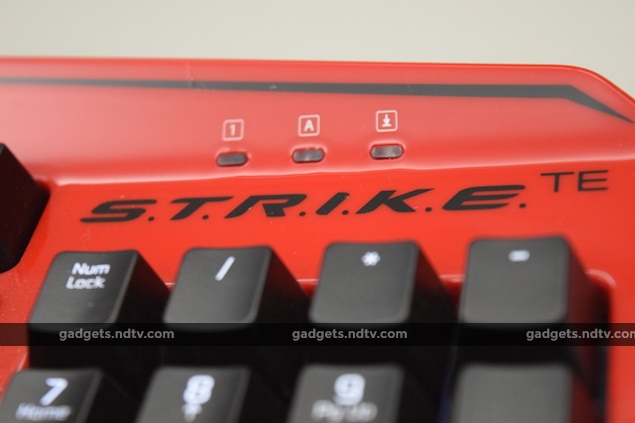 Furthermore, you can customise the level of brightness of the S.T.R.I.K.E. TE's backlight, allowing some mission-critical sections such as the WASD keys to shine brighter than others. It's easy enough to set up and works well, making movement more accurate and reactions faster in dimly lit environments. The keyboard ships with a detachable wrist rest, so you can game with or without it. You might prefer the latter since it attaches loosely at best, decoupling itself from the keyboard more often than not.

Where the S.T.R.I.K.E. TE falls short though, is with its macro keys. They're placed in a row on the very top of the keyboard, but they're squeezed together and are small. Although they're easy to program with Mad Catz's proprietary software that's available for download on the company's site, any competitive advantage they hold is diminished by their design.

Also from Mad Catz is the R.A.T. TE mouse. It looks like something out of Tron, with a slick design and splashes of neon blue paint to boot. It's deceptively light compared to other gaming mice, making swift movements easy to pull off. That said, if you're used to heavier mice, don't be surprised if you end up flinging it off the desk as we found ourselves doing. 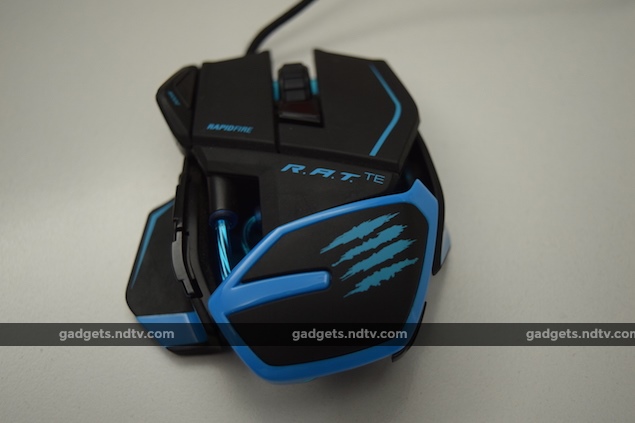 While the R.A.T. TE may look like it's made of flimsy plastic, using it will dispel that notion. It's surprisingly durable and is built to last, featuring OMRON switches on its left and right buttons that are rated for five million cycles. Each of its nine buttons has a satisfying click, and the sensitivity can be personalised between 100 to 8200 DPI

Your fingers aren't forced into specific position though, making it easy to use. Even if you favour holding your mouse with your palm , there's a fair amount of flexibility for you to adjust your grip and use it as it was intended to be used. 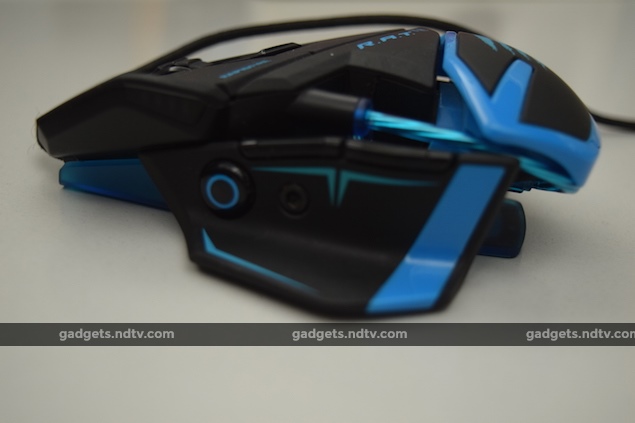 Much like the the S.T.R.I.K.E. TE, you can configure the mouse via Mad Catz's proprietary software. Each and every button can be customised with the exception of the rapid fire button that works just like the left mouse button.

At first glance, Rs. 11,990 for the S.T.R.I.K.E. TE keyboard and Rs. 5,990 for the R.A.T. TE, might seem way too high. You have to actually experience them. If you can get past their wacky design, you'll realise that their looks belie their utility.

Both are well-constructed and are built to weather a substantial amount of wear and tear. For the competitive gamer who is able to live with their appearance, they're smart alternatives to the slew of serious looking, similarly priced gaming peripherals available.