Is Bloodborne the PS4 Exclusive You've Been Waiting for? We Find Out 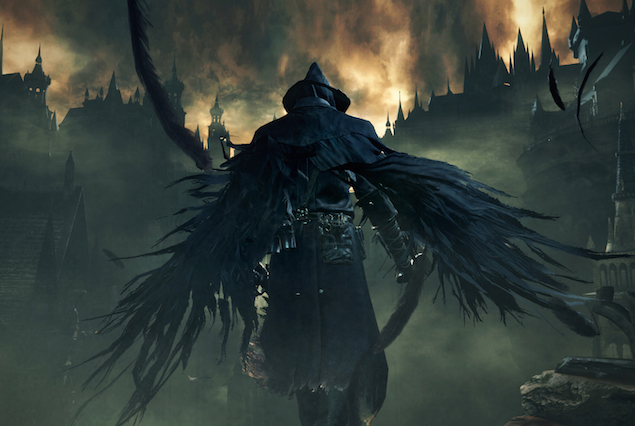 The PlayStation 4 (PS4) has seen fantastic sales success the world over. Surprisingly, the system doesn't have a single successful exclusive game to make it worth the purchase over an Xbox One. Based on our first impressions, Bloodborne finally changes things. Set in the sprawling city of Yharnam, you find yourself in the role of a hunter in search for a cure for a plague. The plot however quickly takes a backseat, quite intentionally, with one of the early characters telling us not to overthink the situation and just kill monsters instead.

While Bloodborne is low on story, the atmosphere is intoxicating and Yarnham is a visual treat. Sinister buildings house untold horrors, and cobble-stoned streets have burning effigies of lycanthropes, but you won't spend much time sightseeing. Danger and death lurk in every corner of Yharnam. You'll face the psychotic, axe wielding residents of the city, and impromptu boss fights with colossal beasts. Everything in Bloodborne exists with the sole purpose of killing you.

And you will die; many times over if you're not careful. That's no surprise considering that Bloodborne is made by From Software, the creators of Demon's Souls and Dark Souls games. These games are famous for their difficulty, and Bloodborne is no exception. There's an emphasis on caution over reckless slaughter, and much like Dark Souls and Demon's Souls, one wrong move in Bloodborne can undo hours of play. It is a little more forgiving than the Souls games. When you die, you lose all your Blood Echoes - the in-game currency you've collected by slaying beasts - but you don't lose your health or abilities, the way you did in the Souls games. 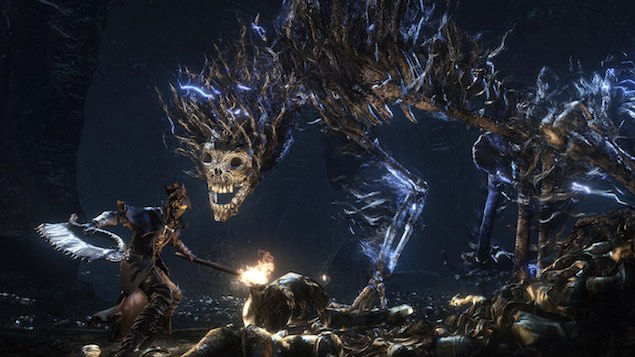 And while its predecessors had you waging long battles in a defensive fashion with an emphasis on shields, here you can dodge and side-step almost every blow with consummate ease. Bloodborne remains a difficult game, but the added mobility makes the game feel much more fluid. Instead of drawn out one on one fights, combat here can be an exercise in crowd control at times. We often found ourselves on the receiving end of a screen proclaiming we died, because we underestimated the mobs of shambling, demented gun-toting men.

In addition to this, if you time your counter-attacks well enough you can regain lost health from the many abominations you encounter. It's a risky strategy though, and if you attack wildly, you will take a tremendous amount of damage during the fast-paced fights.

Another big difference in Bloodborne, compared to the Souls games, is the weaponry. While there are fewer weapons here, you can have one weapon in each hand. Axes, saws, or hammers constitute the short range weapons you carry in your right hand. These can transform into what the game calls a "trick weapon" - they can transform - modifying your range of attack and reaction time. For example: your bog standard saw that works at close quarters with at the tap of a button transforms into a polearm that can can deal damage from slightly further away. When you do this, your hits are more powerful but your reaction time is slower compared to its normal form. 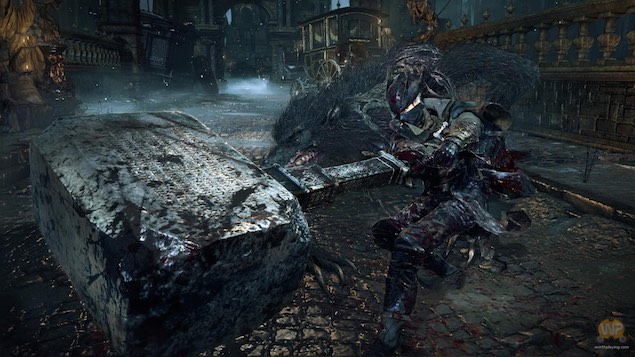 In your left hand, you carry a gun. These can be pistols or shotguns. They deal low to moderate damage but are useful for stunning enemies. Unlike their near range equivalents, they cannot transform. You can't equip two guns or two axes though, your right hand is for melee weapons and the left for guns.

This is not such a bad thing. You can hold down the R2 button to unleash a powerful attack which when combined with a well-timed gun shot to stun your opponent, makes the proceedings visceral. Most non-boss fiends end up exploding like a piñata of blood and gibs. All of these slick additions make the action intensely satisfying.

As we mentioned earlier, each enemy you kill nets you Blood Echoes. This is currency that lets you buy weapons and items. On dying you lose all of them and the distance between the game's checkpoints is huge. Nonetheless, if you spend a bit of time exploring your surroundings, you'll soon realise that there are shortcuts to let you go back to the previous checkpoint easily to purchase items and save progress. 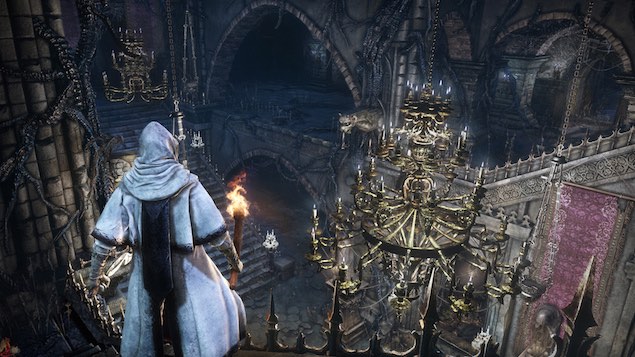 During our time in the creepy, gothic labyrinth that is Yharnam, we died. A lot. But we always came back for more. Why you ask? Because the combat has an almost hypnotic, drug-like vibe to it. You can't get enough of it. The difficulty means that each successful hit, dodge, or parry feels cathartic, and gives you a real sense of accomplishment. It feels good.

There's no denying that Bloodborne is not for everyone. If you're the sort who prefers shorter a experience such as Uncharted or Call of Duty you will not find this here. There's little to no handholding, few hints, and you can't pause it either. This is a game that demands your complete attention. In order to progress, you'll have to explore every inch of Yharnam yourself. But if you're willing to put with the game's relentless pursuit of whipping you into shape with a carrot and stick approach of spellbinding combat and many a death, you'll be treated to what appears to be one of the more compelling experiences this year.

We played a retail copy of Bloodborne on the PlayStation 4. It retails for Rs.3,999 in stores and Rs. 3,499 digitally. Look out for our review early next week.

Drones Beaming Web Access Are in the Stars for Facebook
Tata Communications, Indosat Partner on Telecom Services in Indonesia