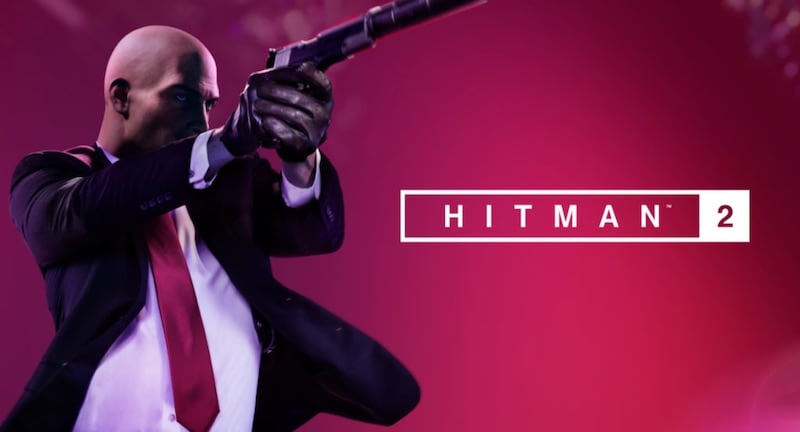 Hitman 2 for PS4, Xbox One, and Windows PC follows 2016's Hitman reboot that saw series protagonist Agent 47 wield a wealth of tools on his way to assassinating a host of targets in exotic locales. Developer IO Interactive appears to have taken some of the criticism levied against 2016's Hitman to heart with Hitman 2, but does it make it worth a buy? We tell you in our Hitman 2 review.

For starters, Hitman 2 isn't episodic. Unlike the last game that was built across multiple months of content resulting in an adventure spanning the likes of Paris and Hokkaido, Hitman 2 has all of its missions available from the get go. So you no longer have to wait to jump into the seedy streets of Mumbai or soak in the sun in Vermont, all while scoping out your victims and figuring out the best method to approach them.

And while it's done away with episodic experimentation, the always-online requirement to unlock your collectibles still exists. So if you're not playing a mission online, you don't unlock new weapons, items, costumes, and starting points that make each subsequent play through more enjoyable than the last.

Barring a single incident on Xbox One X, Hitman 2's servers have been stable on Microsoft's console and the PS4 Pro. Granted that's an improvement over 2016's Hitman's horrific Paris mission debut, but it's an annoyance all the same.

Other changes are a bit more subtle. Moment to moment gameplay feels a lot less clunky. Controlling Agent 47 feels like IO Interactive has toed the fine line between a realistically agile, competent instrument of death and a superhero. At no point does movement not feel balanced and the enhanced sense of fluidity makes actions like shooting, throwing melee weapons like axes, and picking up items feel a lot more viable than they were in the last game.

In addition to refined controls, social stealth is expanded too. Not only does blending in crowds help you evade prying eyes, but you can also negate possible pursuers by blocking their line of sight, and enemy AI can now spot your reflection in mirrors, which does make proceedings a lot more tense.

All these minor improvements to the core gameplay allow exploration and exploitation of Hitman 2's six maps an absolute treat, making improvisation as valid an option as a perfectly executed plan.

The Mumbai level, for example, has you assassinating a gangster, a wanted terrorist, and a Bollywood producer. In our initial playthrough we relied completely on disguises. First we dressed up as a manager for one of the gangster's fronts to get close to her and engineer an accident of her falling off a bridge, while we donned the disguise of a barber to take down the terrorist as he showed up for shave, and then masqueraded as a foreign actor in a Bollywood movie to put an end to the producer.

Naturally, each target required a fair bit of planning, and it took us three hours to clear the level. The second time around for our live stream, we took a more direct approach, relying on firearms and melee weapons, allowing us to finish it in an hour. For those of you wondering, Hitman 2's take on Mumbai is a realistic mix of its train stations, crowded alleys, and yet to be constructed buildings. To long-time residents of the city like us, it's not a 100 percent accurate representation, but works well in the context of the game.

The same degree of flexibility exists across the game's five other locations. From a Miami race course to the exotic Isle of Sgail, they're sprawling, detailed vistas with multiple ways to kill your targets. In fact, as a whole, they make up some of the best levels we've played in a Hitman game to date. The fact that you can play 2016 Hitman levels in Hitman 2 is a bonus, though we wish our progress from that game would carry over, which is not the case.

This minor grouse notwithstanding, Hitman 2's biggest issue is its story. Over the 10 hours it took us to complete its missions, there was little in way of character development or plot, making the build up from the last game seem inconsequential. Though by the time you realise that, the end credits would have rolled. Considering the depth in gameplay on offer and the series' focus on making playgrounds of assassination instead of developing elements of Agent 47's origins, it's not a major concern.

All in all, Hitman 2 refines everything you know and love from 2016's Hitman. Some minor annoyances exist, but there's little else that comes in the way to make this worth checking out for both longtime fans and newcomers alike.