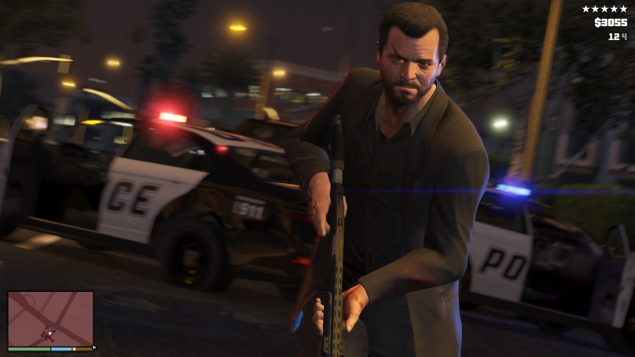 I had such a fun weekend.

After seeing a movie, I went down to the beach to ride the roller coaster on the pier and go jet skiing in the ocean. Afterward, I got a haircut and bought a new suit, and then I returned home to unwind with some fresh juice and a yoga session in my backyard. Later, I met up with one of my friends for drinks at a downtown watering hole.

I live in Los Angeles, but I didn't do any of that stuff there. Nah, it all happened over the past 48 hours while visiting Los Santos, the virtual seaside metropolis cunningly depicted in "Grand Theft Auto V" (Rockstar Games, for the Xbox 360, PlayStation 3, $59.99). Oh, did I mention I also committed dozens of felonies? 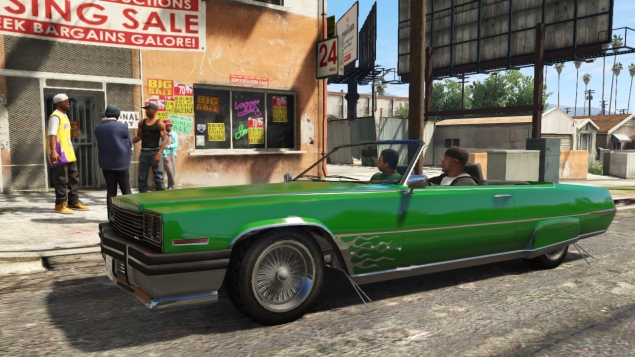 For the most part, it's illegal business as usual in the latest edition of "Grand Theft Auto." There are vehicles to swipe, schemes to plan and banks to rob. Unlike previous installments in the wildly successful - and violent - M-rated series, "GTA V" centers not just on one but three criminal protagonists: former partners Michael and Trevor, and their new protege, Franklin.

Nearly a decade after their last heist went terribly wrong, middle-aged Michael is living comfortably bored in witness protection in a ritzy Los Santos mansion, while the unhinged Trevor is dealing meth and smuggling guns on the outskirts of town in Blaine County. Meanwhile, Franklin is hustling on the streets as a repo man for an unsavory car dealership owner. 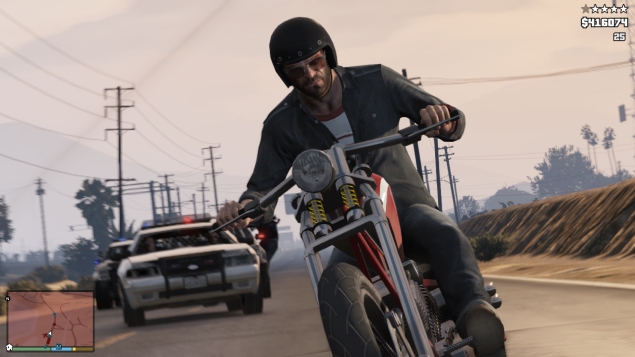 The three men and their double- and triple-crossing ventures are ingeniously interwoven in both the narrative and gameplay of "GTA V," which allows players to almost seamlessly switch among Michael, Trevor and Franklin throughout the proceedings. With the tap of a few buttons, "GTA V" briskly sweeps across Los Santos from one anti-hero to another.

During missions involving all three dudes, the flip-flopping is key to avoid getting wasted by the Los Santo Police. For instance, one particularly high-pressured holdup of an armored car involves swapping between Michael and Franklin blasting at waves of cops on the ground, and Trevor picking them off with a sniper rifle from a rooftop. 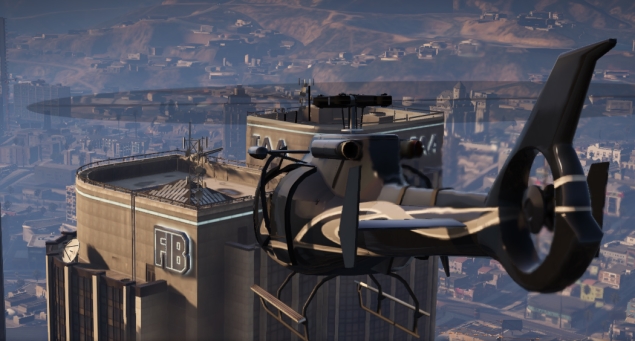 It's not so much a gimmick as it is a flawless innovation on the established "GTA" formula.

With an obsessive attention to detail, the city of Los Santos - last visited in 2004's "GTA: San Andreas" - and its outlying areas feel more alive than any virtual world I've ever visited. Rockstar Games has masterfully crafted a stunning make-believe take on modern Southern California that rivals the dragon-infested realm from "The Elder Scrolls V: Skyrim."

However, this Los Santos is not a perfect clone of L.A.

The urban areas don't feel quite dense enough when compared with Liberty City from 2008's "GTA IV." And the rendition of Beverly Hills is basically across the street from downtown. Also, a few tired L.A. cliches - plastic surgery, seeking fame - are referenced so frequently the game almost veers into goofy "Saint's Row" territory.

Fortunately, any shortcomings with "GTA V" feel about as important as a random stranger crossing the street in Los Santos. Rockstar Games has created such a fascinating place for Michael, Trevor and Franklin to explore and wreak havoc, I think you'll want to visit for more than a weekend. I know I do. Four stars out of four.