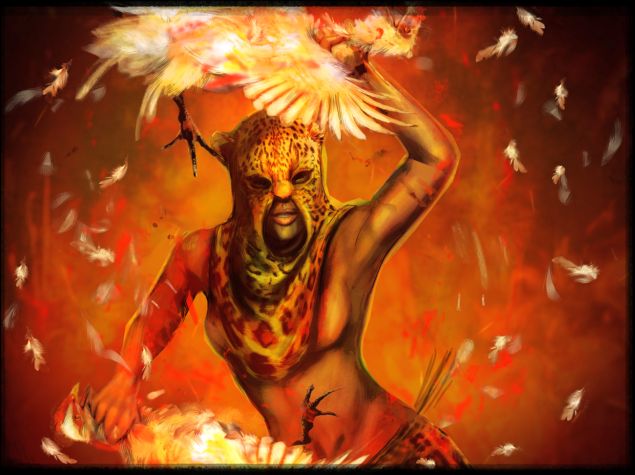 Around twenty years ago, some of us got to play Gabriel Knight: Sins of the Fathers for the first time. The game released in December 1993 and told the story of a man tormented by terrible nightmares caused by his family's past, rich with atmosphere that made good use of its New Orleans setting, weaving in voodoo and murder. Now, the game's designer Jane Jensen is bringing a modern remake of the game and you can buy it on Steam or Gog.com to play on your computer, while versions for mobile platforms are also supposed to be in the pipeline.

Playing the game you'll quickly see that while the 20th Anniversary Edition is a faithful remake, the creators have made some tweaks, and added a lot of extra content. The game still plays out in the same way, though there are some small changes to the puzzles and sequences, and one big mechanical change that we really appreciated. In the original game, you could go back to a conversation at any give time using the "recorder" - you could listen to what everyone was saying and search for clues. In the modern version of the game you get a journal instead, where Gabriel Knight records his impressions of conversations and clues, making it much easier to actually keep track of the game that you're playing, instead of maintaining notes on the side.

As you would expect, New Orleans features prominently in the game - there are plenty of real life locations that you can explore, and thanks to a re-mastered score, it holds your attention. The police are investigating a series of killings called the voodoo murders, and Gabriel, a writer, gets drawn into this world. What starts as research for a novel quickly becomes a consuming obsession, for both the player and the character, and leads you to discover about a curse that has been laid upon you. 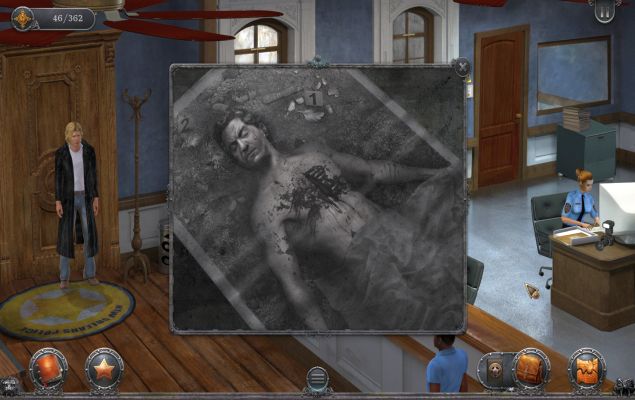 Fans of the original will be quick to tell you that the pixelated art didn't stop you from getting immersed in the different locations of the game, and the modern visuals and sound improve the experience. You won't mistake this for a multi-million dollar console game, but for a budget game that you can download and play, the 20th Anniversary Edition does a solid job.

New Orleans fits well with the overall atmosphere of the story, with its underlying magic and horror. The improved graphics really help sell the setting. The buildings and interiors in particular are rich with detail now - in the bookstore, you can walk up to a bookshelf and look at the titles of the books, or even click on a book and read.

The voice acting is also superb, and helps create an immersive experience. The original featured stars like Tim Curry and Mark Hamill, but the new game does not fall short even if it doesn't have the same star power. And more importantly, the story remains as engrossing as ever, with minor embellishments and changes that keep things fresh even if you've already played the original game.

The story takes place across ten days and the developers say they've tried to give old players something new for each day of the game. This means that instead of clicking on an object to activate it, you'll now get a small puzzle that lets you do things more organically. The game becomes far more interactive in this way, and gains real depth.

The game is by and large a very intuitive experience and you shouldn't get hopelessly stuck too often. Of course, it's a 20 year old game, and detailed walkthroughs that take you through nearly every step of the game are easy to find online, but the game also has a hints system which is a much better compromise. 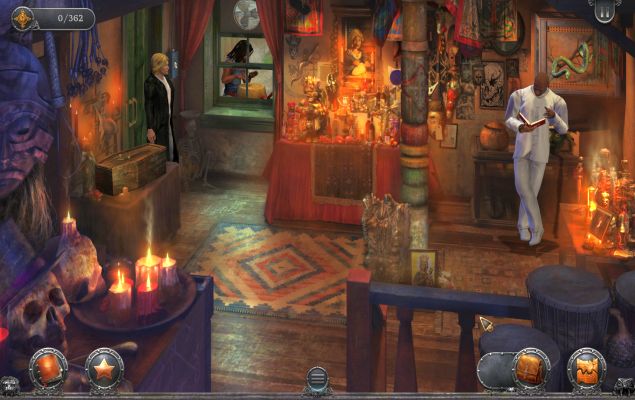 This is part of the overhaul that the whole user interface got. Instead of having a row of buttons that you choose from, clicking on any object now brings up the different icons, and you can inspect or interact with an object, talk to people or combine items.

Meanwhile, the journal also represents a streamlining of the original game that is a welcome improvement. Beyond that, the journal also includes two other sections. It shows you concept art, sketches and screenshots from the original game. The hints tab meanwhile can guide you through difficult parts of the game. And to make sure that players don't ruin the experience by continuously reaching for the hint button, it takes a little time to reset before a new hint can be shown.

Another concession to modern gameplay is that conversation options that are essential for the game are highlighted in yellow, along with all the other dialogue choices. Streamlining the game in this fashion makes it much more approachable for new players - the systems we were used to in the 90s were clunky at best and just removing extraneous buttons goes a long way towards making the game feel more engaging. The core game remains the same, but small tweaks and changes keep it fresh and more importantly, mean that there is more to the game than just nostalgia.

The Gabriel Knight remake brings enough change to keep the game fresh, and it comes with modern design sensibilities which go beyond just higher resolution graphics. The team took the opportunity to see how the genre has evolved, and came back with something that wouldn't be out of place even as a new release.