Do Fortnite and PUBG Need to Worry About Red Dead Online's Gun Rush? We Find Out 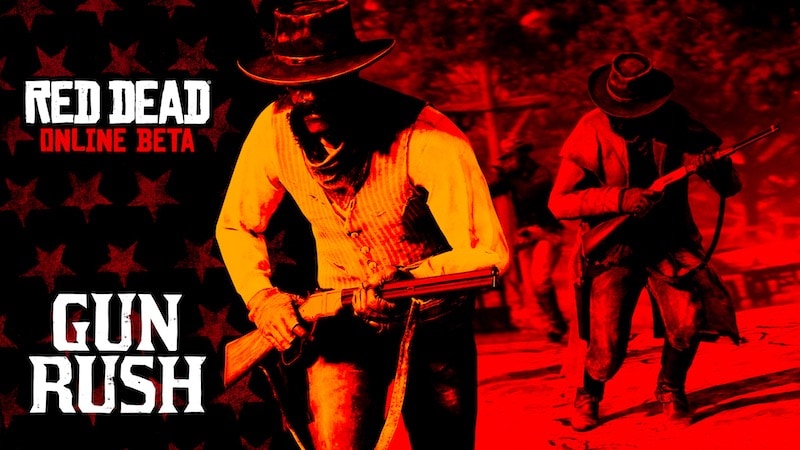 If you've played any battle royale game, you'll be right at home with Gun Rush. You start at the edges of an ever shrinking map with no weapons or armour at your disposal. The last player standing wins. Unlike other battle royale games that end up being 100 player free-for-alls, Gun Rush matches are limited to 32 players.

There are other quirks too. You can't access it from the get go. In order to play Gun Rush in Red Dead Online, you'll need to sit through the slow-paced opening of this mode's own story titled 'Land of Opportunity' and complete a couple of introductory missions before you gain access to matchmaking which lets you finally access Gun Rush.

And when you're finally playing Gun Rush, you may feel that it's not quite worth it. A host of issues riddle the experience. For one, it takes forever to get into a game. How long you ask? Well, in some cases we had to wait over 10 minutes. The matchmaking experience is far from snappy and playing with a full 32 players is an extremely rare occurrence. Most matches saw eight to 12 at best.

It doesn't help matters that its extremely easy to die. Unlike Call of Duty: Black Ops 4 Blackout that managed to make moment to moment gameplay feel fair even if an opponent got the drop on you, Red Dead Online's battle royale does you no such favours. Unless you're lucky enough to find armour, which lets you survive a shotgun blast to the face, you'll spend more time spectating Gun Rush or waiting in matchmaking lobbies rather than playing it.

A part of the blame lies with the controls, which feel stiff and counter-intuitive. You could tweak them to your liking in the game's settings, but there's no fix for Red Dead Redemption 2's intricate animation system could have been curtailed to make for a more enjoyable experience. For instance, looting a body takes far too long and leaves you exposed for an easy kill. Reloading too, could be a bit faster in this mode. After all, if Treyarch is able to make the core gameplay mechanics of Call of Black Ops 4 feel diverse and fresh across three different modes, there's nothing stopping Rockstar from making this the best interpretation of the genre.

Furthermore, you'll find yourself spending more time looking at the mini-map that occupies a small portion of the left corner of the screen instead of, well, the game itself. This is because the presentation of weapons in the environment is a mess. Each gun you find on the map has a sparkly effect akin to Fortnite. In theory, this should make them easier to spot but in practice though, you're more likely to stumble upon a weapon instead of actually noticing it. This is because the visual cues like the aforementioned sparkly effect do more to hide them than make them standout, forcing you to rely on the mini-map almost all of the time.

Considering the care and attention to detail Red Dead Redemption 2 exudes, this is disappointing. Although it brings us to the rare good thing about Red Dead Online Gun Rush — the visuals.

In terms of graphics, nothing comes close to Gun Rush. Lush blades of grass, gorgeous lightning, and realistic buildings make this the best looking battle royale bar none. From the dusty desert of Fort Mercer to the vibrant forests of Tall Trees, each of Gun Rush's four maps are an absolute treat to look at. None of them come close to the scale of Erangel, Miramar, Sanhok, or Vikendi in PUBG, and perhaps this is due to the limitations of Rockstar's in-house Rage engine versus PUBG Corp's shooter that's built on Unreal Engine 4.

One could argue that Red Dead Online is still in beta and Rockstar will make changes to it. While this may be the case, the fact that Gun Rush released in its current state is appalling. So far, the only changes Rockstar has committed to are over its micro-transactions and that too, only after a huge backlash from the community.

As it stands, Red Dead Online's Gun Rush is the best looking battle royale with the worst gameplay. Avoid it until it's fixed.