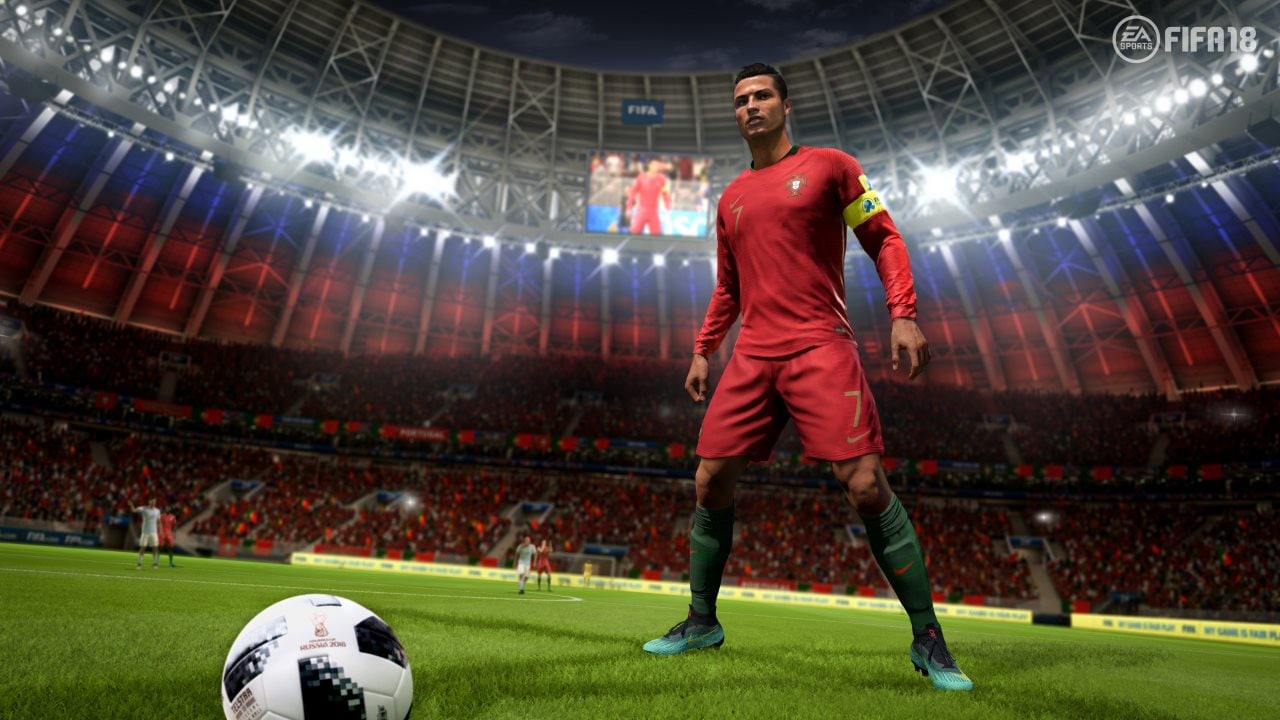 The FIFA World Cup is a special time for football fans. And for those who enjoy determining the fate of virtual matches as much as cheering on their favourite team, getting their hands on the tie-in video game – made by EA Sports for over two decades – in the run-up to the tournament is an exciting time. That moment was earlier this week, with the roll out of the 2018 FIFA World Cup Russia update as free downloadable content for anyone who owns a copy of FIFA 18 across all platforms.

While EA has gone with standalone releases in the past – World Cup tie-in games were also usually more fun and accessible than their similarly titled counterparts, to cater to its massive popularity – all the way from World Cup 98 to 2014 FIFA World Cup Brazil, that's not the case anymore. It's something EA has been hinting towards, given the 2014 entry wasn't even developed for most platforms, and the downturn in special content: the 2006 and 2010 entries allowed you to re-enact famous moments and change the course of history, but that has since disappeared.

Gone are also the gargantuan database of over 200 national teams and the various game modes, especially the beloved qualification tournament – in some cases, it allowed you to venture into the confederation of your choosing – that was called 'Road to the World Cup'. Sure, most of those 200 squads had generic kits but at least it tried to be all-inclusive. With FIFA 18 World Cup being a free update to the existing game, it seems EA doesn't think it's worth the effort so late into the development cycle for its next annual iteration, FIFA 19, that is set to be unveiled in less than two weeks at E3 2018.

In making it a free update, the only good thing for fans of EA Sports' FIFA is that they don't have to pay the full amount for a new title. For EA, it's an opportunity to integrate the World Cup mode deeper with FIFA's existing game modes, such as Career Mode, Ultimate Team, and Seasons. Unfortunately, given its past tendencies, FIFA 18 World Cup focuses on EA's biggest revenue generator – Ultimate Team – while ignoring the rest. There's a dedicated Ultimate Team section, and a couple of online modes (not available on the Switch version as before), but otherwise the update is pretty much siloed from the rest of the game.

If you reach the World Cup in Career Mode as a manager or player for a national team, it looks nothing like it does in FIFA 18 World Cup. Even the FIFA 18 squads bear no connection to the World Cup squads, and hence any changes made in the team editor don't reflect in the World Cup mode. The only way to make use of the updated World Cup squads – 32 qualified teams and 17 unqualified ones – in addition to all 12 stadiums that'll host matches in Russia is to enter the dedicated World Cup section in FIFA 18.

Once you're there, you'll have the option of playing a one-off game, jumping into the group stages of the tournament, designing a new squad from scratch in Ultimate Team, or duking it out with strangers and friends over the Internet. EA has given a new coat of paint to mostly everything, with the official artwork and graphics for scoreboards, replays and stadiums, plus the official match balls, national flags, sponsors, and even the World Cup trophy. On the audio front, there's new commentary that brings up past World Cups, new stadium sounds for added realism, and some new licensed songs.

But there's little gameplay depth beyond the surface bells and whistles. You can play the World Cup as any and all of the 32 teams that take part, but with no qualification tournament, there's no chance of stepping into the realm of fantasy, say getting India to the big stage. And while your Ultimate Team coins will be carried over to the World Cup mode, it won't have a transfer market, which means everything is dependent on opening packs. Essentially, a heavier reliance on luck and a lot more grind, in turn.

Where the 2006 World Cup game let you play as classic stars during the biggest moments of their lives, such as the extra-time in the 1966 World Cup final between England and Germany, the convincing win in the 1998 final between France and Brazil, or the narrow finish in the 1994 quarter-final between Italy and Spain, FIFA 18 World Cup has you chasing after the likes of Gary Lineker, Bobby Moore, Miroslav Klose and Hidetoshi Nakata in Ultimate Team, a quest that will take you longer than the actual 2018 World Cup if you've a job and aren't interested in spending money on micro-transactions.

There are no changes to the fluid on-the-pitch action, where FIFA 18 is still the polished football sim that took a slightly arcade turn from FIFA 17. But its new World Cup update, whose single-player mode can be finished the same day you start and whose focus on multiplayer modes are driven by financial gain, simply doesn't offer enough for existing owners, let alone those who wish to buy it for a bit of fun during the World Cup month. Football fans deserve better, but modern-day game development practices stand in the way.

Gadgets 360 played FIFA 18 World Cup on the PlayStation 4. It's available as a free update to FIFA 18 on the PC, PS4, Nintendo Switch, and Xbox One. Some online features are not available on the Switch version. On the PS4, the World Cup update download size is 5.9GB.