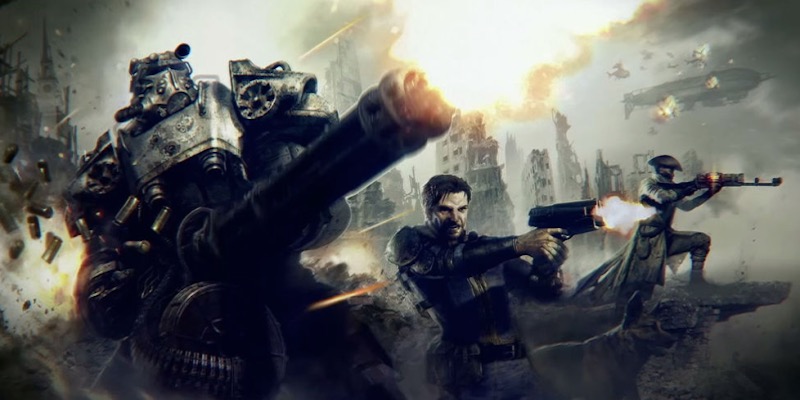 Unlike past Bethesda games such as Fallout 3, The Elder Scrolls IV: Oblivion, and The Elder Scrolls V: Skyrim, it doesn't take long to begin your adventure in Fallout 4. In the other games, you're taken through a lengthy and sometimes boring opening that does little justice to the rest of the experience. In Fallout 4, you're quickly thrown into the harsh, cruel world of Boston in record time, and this plays a crucial role in the game's appeal.

Your character goes through what happened the day a nuclear strike decimated the United States, only to wake up in a brave new world after being frozen for over 200 years. It begins with a simple premise - find out who killed your significant other, and rescue your son.

Before you know it, you'll be dealing with a host of interesting characters such as a nosy, anti-establishment newspaper reporter, a shifty town mayor, a robotic butler with a fine sense of humour, and a drug-fuelled fortune teller to name a few. All of them sport unique dialogue and help take the narrative forward in different ways. Plus, they're entertaining to talk to. 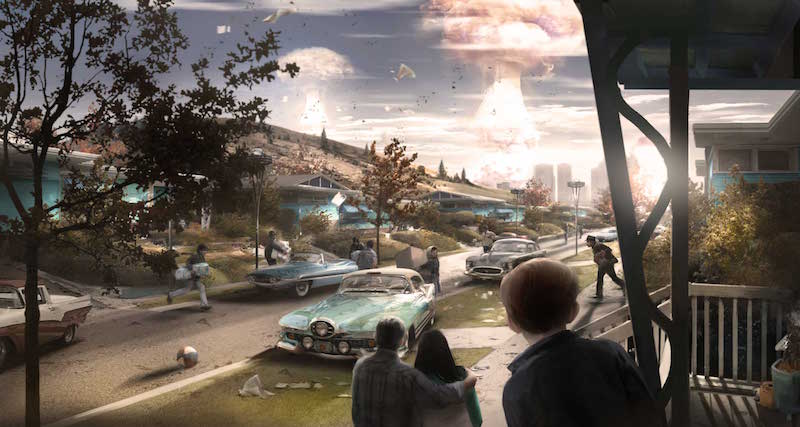 The main story can be cleared in around 20 hours if you so choose, but you'd barely be scratching the surface of what Fallout 4 has to offer. From crafting slick weapons and armour to building entire settlements, you'll find that outside the game's many quests, there's a lot of things to do that will keep you busy.

And none of it exists without purpose. From the memorable, well-realised characters, to the settlements teeming with life, there's very little of Fallout 4 that you'll find tedious. You'll find it extremely hard to focus on the main story due to a number of enthralling side-missions to undertake and you won't be able to move more than a few steps before finding yet another thing to distract you. This is coupled with refined gameplay mechanics that make Fallout 4 superior to earlier games in the series.

Unlike Fallout 3 and Fallout: New Vegas, Fallout 4's gameplay is streamlined. Some might argue that it's a step-down from previous games but we beg to differ. For one, the gunplay has been retooled, it's a whole lot more satisfying and less clunky than previous entries, making real-time combat a treat. It reminded of us of how shooting worked in other Bethesda-published games such as Rage, and Wolfenstein, in that it's visceral, punchy and entirely enjoyable.

You can still use V.A.T.S. - the series' turn-based shooting mechanic to pick and choose which body part of your enemy you'd like to aim at, although it doesn't freeze time completely as it did in previous games. Instead, it'll merely slow it down, allowing you to be hit by opponents if you don't shoot in time. It's a welcome change that keeps you thinking. 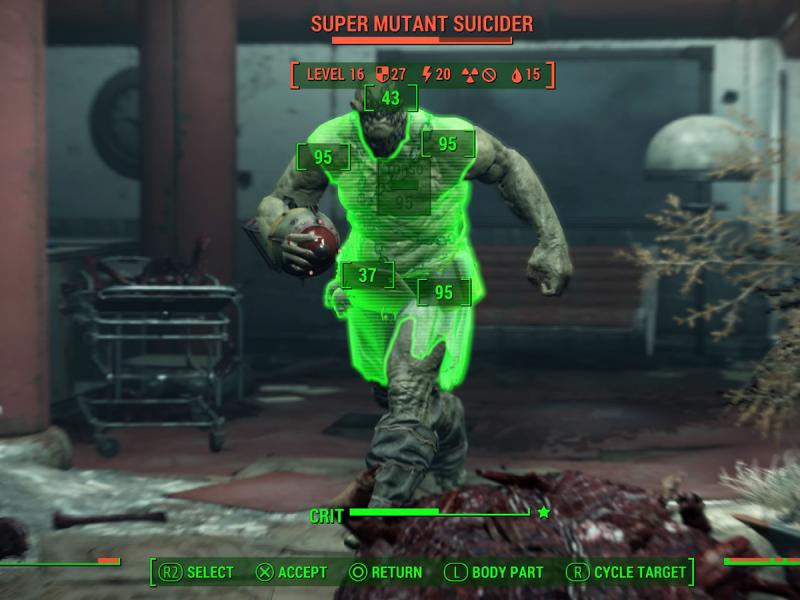 Combat aside, there's character customisation. You have seven attributes (or specials as they're called) to customise as you progress through the game. These are agility, charisma, endurance, intelligence, luck, perception, and strength. As you level up, you can decide which specials to invest in which tailor your gameplay experience.

Do you prefer that your character is a smooth-talker with the ability to influence all and sundry? Simply invest in the charisma attribute and its many perks that opens up new dialogue options and allows you to disarm foes without firing a shot. Or perhaps you'd want to focus on ensuring you're not subject to radiation poisoning? The endurance special is what you're looking to focus on to give you tougher innards.

It's not particularly ground-breaking and to be honest, most of Fallout 4 is not. There's a healthy amount of streamlined and modified known gameplay mechanics combined with additions from other games like Minecraft with base building. None of it feels out of place though. Rather it makes us wonder how did we get by in the previous games without them.

(Also see: What the Games Industry Can Learn From Fallout 4's Reveal)

However, they all come together to create an experience that's not too dissimilar to the superlative The Witcher 3: Wild Hunt. Sure, Fallout 4 might not have the eye candy or structured storytelling of CD Projekt Red's magnum opus, but much like it, Fallout 4 succeeds in creating an experience that keeps you coming back for more. 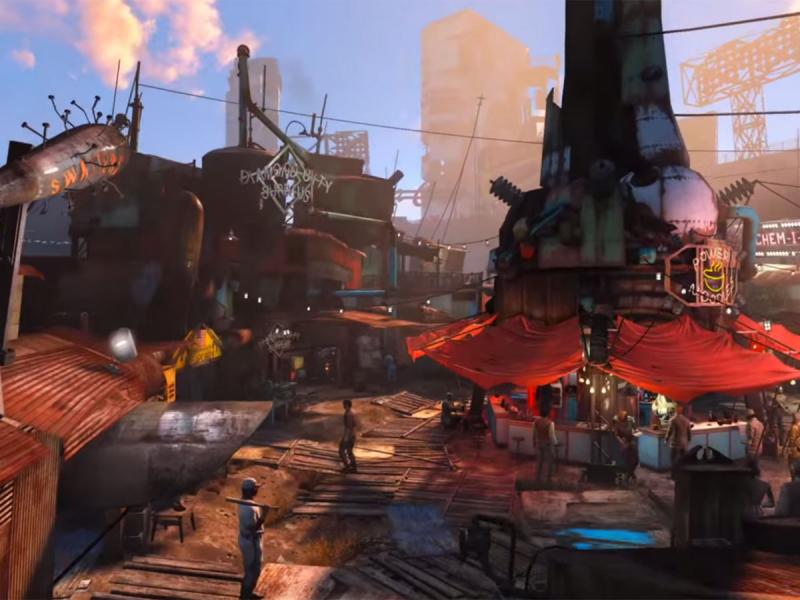 Our only grouse- albeit a minor one, is how buggy it can be on both consoles and PC. While an annoyance, it did little to keep us from diving back into Bethesda's take on Boston.

With an immersive world, open-ended gameplay options, and so much to do, Fallout 4 is well worth the price of entry. It's like a fantastic book or a great TV show or for many, a replacement for the Internet's favourite video streaming site that's not Youtube, completely and utterly addictive. The difference being, how and when it ends is completely up to you. And the chances are, you'll be spending a lot of time in Boston. We know we have and will be in the months to come.

Consumer Needs, Not Innovation by Itself, Will Drive Design for Motorola and Lenovo
Black Friday Deals: Our Picks for Shopping From India