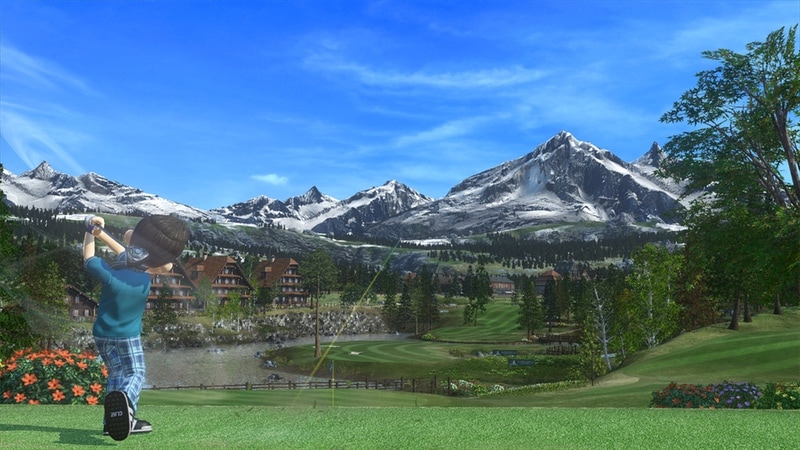 Everybody’s Golf - or Hot Shots Golf as our North American readers would know it - is one of the oldest video game franchises on PlayStation, with the first game being released way back in 1997. Twenty years after the game first released on the PlayStation, Sony finally decided to release the game under one name across the world. The latest entry in the series is called Everybody’s Golf and we played it to find out if there’s more to this game than just a rebranding exercise.

Golf isn’t the world’s most popular sport and isn’t likely to attract audiences in numbers as large as a football game would. However, Everybody’s Golf is very approachable for those who know nothing about golf and it gives fans of the sport a lot of advanced gameplay options too. At its core, Everybody’s Golf is a simple game that relies on three taps of the same button — one to start the shot, one to set power, and the last one for timing. That’s why it is very easy to pick up and start playing.

The three-tap mechanism works quite well and we figured out almost immediately that getting the timing right will ensure a perfect shot. As you progress you’ll unlock skill shots such as backspin, which experienced players will have fun trying to master. There are multiple ways to land the golf ball into the hole and sometimes you can land a great score even if your first drive is wayward.

Everybody's Golf has a single-player mode where you will start at the lowest rank and as you win tournaments and challenges, you progress to higher tiers. Progress brings new courses, in-game costumes, new types of golf balls and tees, and of course — difficult AI.

At the start, you’ll be playing 9-hole courses and then you unlock 18-hole variants of the same course. The latter is an exercise in concentration as one bad play can lead to a triple bogey (a score of -3) and ruin your chances of winning. We went from a score of four under par and a victory to one under par all because we got one shot wrong and the ball ended up in water. Had we focused better, it could easily have been a birdie (for golf newbies, that's where you score with one shot less than what’s par for that hole).

The single-player mode in Everybody’s Golf is a lot of fun initially. The game does a great job of explaining all the rules and where you’re supposed to hit the ball for best results. Once you figure out what you’re supposed to do to win, you can enable the Serious Mode to earn trophies and register records. There’s even an in-game quizmaster to help you learn more about golf if you want to.

Then there’s the challenge mode, where you play against just one AI player and if you beat a few of these, your rank rises. That brings more rewards, some of which are cosmetic, while others add more control or power to your shots. With each good shot you take, your skill with each club improves and that adds a nice learning curve to the game. If you keep taking all shots with the same club, your skill with other clubs will be very low and it will hurt your game.

The game has a nice soundtrack as well, and we particularly enjoyed how each putt turns into a tense affair because of that. The music becomes slightly suspenseful and in the background you can here people asking you to stay focused or trying to motivate you. Crowd reactions after you land a good shot are quite encouraging too.

However, there’s one element here that we didn’t like at all. Tournaments in Everybody’s Golf have all players trying to take shots at roughly the same time so if you want to focus, it will be a bit tough. Imagine trying to land a tough putt and you see other players’ golf balls in landing in the hole or missing it narrowly. This adds a layer of distraction that felt unnecessary.

But the most annoying bit about Everybody’s Golf is the unending grind. You’ll have to keep chipping away on the same course and its mirrored variant for around five hours to unlock the second course. Whether you’re playing a tournament or a challenge, it takes too long to unlock new courses and that makes the game an annoyance at times. There are only five courses in the game with three more available via a Deluxe Pack, but that's not available in India. It’s a bit of a shame because some of the courses look great and are challenging too.

Everybody’s Golf also has a local multiplayer mode, which allows you to play co-op with your friends. It’s a really nice addition to the game that would’ve been a lot better if it had more variety in terms of courses. There’s an online multiplayer mode if you wish to compete with players from across the world or you can create a lobby for your friends and play with them.

When you’re not golfing, you can explore the island on Everybody’s Golf. This is where you can take a quiz, go fishing or karting, pick up power-up items, and look for tips. We didn’t feel that any of these activities add much to the game and as such felt the rather limited open world elements could’ve been done away with altogether.

Overall, Everybody’s Golf is a fun game that pretty much everyone will enjoy. If you are going to be playing this, play with your friends locally or online for a fantastic experience. The single-player mode becomes a grind rather quickly and the game could use a few more courses to avoid feeling repetitive.

Gadgets 360 played a retail copy of Everybody’s Golf. The game is a PS4 exclusive and costs Rs. 2,499