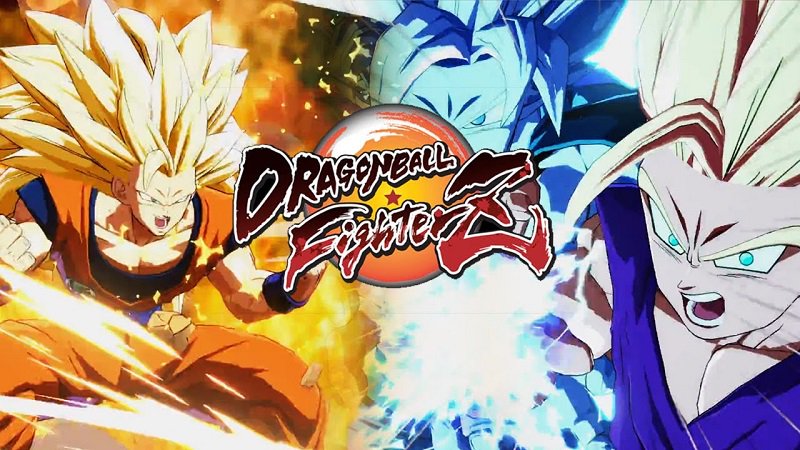 Taking place after the events of the Dragon Ball Z anime, the intentionally misspelled Dragon Ball Fighterz is a fighting game from the studio behind BlazBlue and Guilty Gear - Arc System Works. Available on the PS4, Xbox One, and PC, does it have what it takes to stand toe to toe with genre heavyweights like Tekken 7, Injustice 2, and the recently revamped Street Fighter V? Let's find out.

The most striking feature of Dragon Ball Fighterz is how closely it resembles the TV show. From characters' facial expressions to their special moves, there's little amiss. So much so that you'd be forgiven for thinking that it was an episode from the series, instead of a game. Powered by Unreal Engine 4, its 2D cel-shaded visuals look crisp, and thanks to a consistent frame rate every bit of the action is as smooth as it should be.

Beyond good looks though, is a fighting game that's surprisingly accessible. If you can pull off a hadouken in Street Fighter (by hitting the punch button and a quarter circle rotation on the analogue stick of a controller) you can pretty much breeze through Dragon Ball Fighterz's move list with ease. And if you still have concerns, fear not because there's an ample number of automatic attack combos you can land by simply repeatedly tapping on specific buttons. For example, pressing the medium attack button lets you execute a combination of special and super attacks.

In this way, Dragon Ball Fighterz allows anyone to have fun, regardless of their skill level. While we've seen this approach in titles like Marvel vs. Capcom Infinite as well, Dragon Ball Fighterz adds to this by giving you the means to evade auto combos, for instance allowing you to teleport behind your opponent - or Vanish, as the game calls it. This results in a situation where it's tougher to master the game's nuances when playing online, as more often than not, most matches devolve into frantic button mashing in our experience.

While a skilled player can easily make the most of such a scenario, those looking to get better without having to resort to auto combos have a steep learning curve. And before you ask, no, there's no way to turn off auto combos completely in Dragon Ball Fighterz.

In addition to this annoyance is an overdesigned map. Instead for opting for a traditional menu that lets you choose between game modes, Dragon Ball Fighterz puts you in an overworld akin to the Mario games. It has you controlling a chibi-styled avatar as you walk over to different areas to access modes like versus and single-player story. It's an unnecessary addition that just prolongs getting into a game, primarily existing as a vessel for the game's loot box system that gives you access to cosmetic items like the profile background, lobby avatars, character colors, and titles to name a few. Thankfully, none of this impacts gameplay or devolves it into a pay-to-win affair akin to Star Wars Battlefront 2, just yet.

In terms of story, Dragon Ball Fighterz has one, but in name only. The plot touches on clones, characters possessed by the player - which serves as a clunky, meta story-telling mechanic - and a new villain called Android 21. All of it is coherent to those who have watched the anime. Barring the odd comical moment, it's rife with references and Easter Eggs that serve as fan service and little else.

Online play is better. Thanks to the presence of an India server, Dragon Ball Fighterz has been a lag-free affair for the week since its launch. So much so that it felt as if we were playing against someone on the same console.

On the topic of India, despite the presence of an India server, Dragon Ball Fighterz itself isn't available in India - officially at least. Neither Steam, PlayStation Store, or Xbox Store have the game listed. This has been the case with past Dragon Ball games as well. Bandai Namco has told Gadgets 360 that this due to distribution rights not residing with the company. Odd, considering that Dragon Ball is popular enough in India to warrant air time on Cartoon Network India. Still, the official unavailability hasn't stopped the likes of Amazon from listing the game for sale. If you prefer a digital copy, here's how you can get it on PS4 and Xbox One.

If you're a fan of Dragon Ball, Dragon Ball Fighterz is well worth the price of admission due to how close it mimics its source material. Thanks to a flawed combat system, it's tough to recommend for others. There are better fighting games to consider, this isn't one of them.