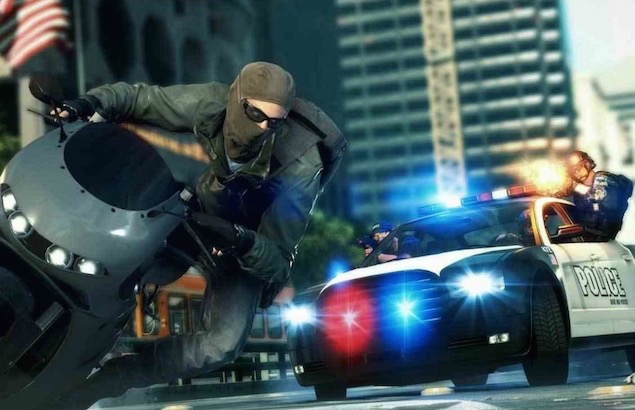 Before music transformed itself into a streaming, digital entertainment behemoth, there were simpler conventions that aficionados stuck to. One such term was the B-side. Most artists would stack the A-side - the one you would hear when you first put in the record - with all the tracks they consider strong contenders to be hits. The B-side referred to the second section of the record, one that usually contained tracks least likely to be appreciated by the masses.

What does this have to do with Battlefield Hardline? Surprisingly, a lot. The Battlefield series of first-person shooters (FPS) has been under the purview of Sweden-based developer, DICE for most part. The studio has been responsible for a string of hits in the franchise such as Battlefield: Bad Company, Battlefield 3, and Battlefield 4. All of these were set in modern or near future war scenarios and combined fantastic gunplay, exotic locales - and in Bad Company's case, dark humour -to make for compelling gameplay.

Meanwhile, Battlefield Hardline is developed by Visceral Games, the studio responsible for the Dead Space series of action-horror games. It forgoes the subjects of military and war seen in the previous games for a more grounded cops versus robbers theme. A different team and a seemingly less bombastic setting. For all intent and purposes, you won't be wrong in perceiving Battlefield Hardline as the very definition of the video game B-side. 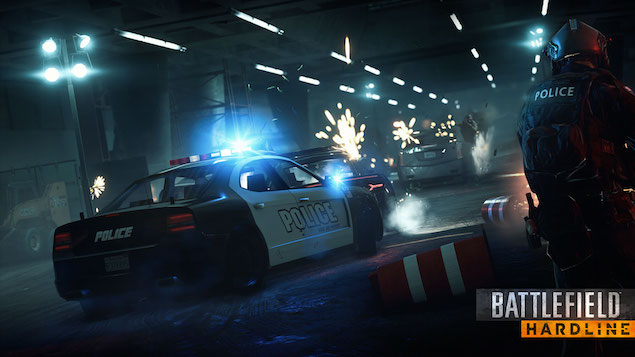 It is, of course, important to note that not all B-sides are nondescript. And Battlefield Hardline proves this with an exemplary single-player campaign. You find yourself in the shoes of Nick Mendoza, a Miami-based detective who finds himself amidst drug smugglers and crooked cops galore. While the plot ends up throwing up almost every stereotype, trope, and plot twist that's made itself painfully apparent since the days of crime dramas like Miami Vice, it barely skips a beat.

And it's not just the plot that is borrowed from cop shows. Every time you start an episode, it shows you 'flashbacks' on what happened previously, and at every exit you get teasers of what you can expect - both very TV-like. It smartly divides the game into easy to play episodes, each of which take around an hour to complete. Thanks to its tense prologue and superb sense of pacing, you'll find yourself entertained enough to play it to the very end.

While it might not have the huge scale of destruction and epic set-pieces that made earlier campaigns a joy to play, Battlefield Hardline's laser focus on telling a compelling story works. What starts of as a routine drug bust soon snowballs into a good enough excuse to wreak havoc across the gorgeous vistas of Miami and Los Angeles. 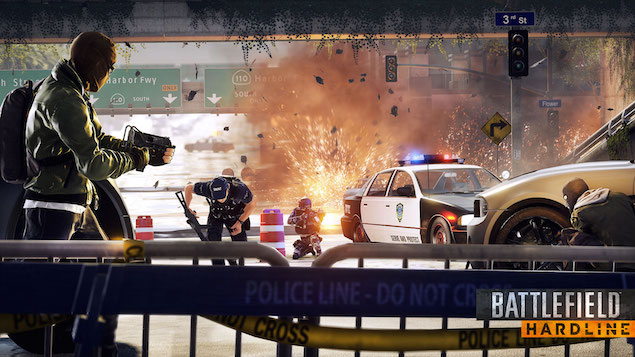 Throw in superb voice acting and facial animations, and the action becomes a lot more believable. The production values are fantastic with real looking characters and punchy, humorous dialogue that borrows much from present day culture with references to memes, anime and much more. All of these make Battlefield Hardline a lot more immersive than its predecessors.

However it isn't all just style over substance. The core gunplay we all know and love from previous Battlefield games is present. Guns exhibit a weight, recoil and feel that's true to life, making combat satisfying even if certain short-range weapons like the shotgun allowed us to kill enemies that seemed a little bit too far to be killed with one shell.

Though the combat is great and plays a major role in the game, it isn't the only way to progress. For a game bearing the Battlefield moniker, there's a fair bit of stealth and non-violence that you can indulge in. Since you're a cop, you can sneak up on enemies and tap a button to either put them in handcuffs - which you seem to have an infinite number of - or subdue them with a non-lethal takedown. It's a welcome addition to the proceedings because it allows for different means to go past an area. 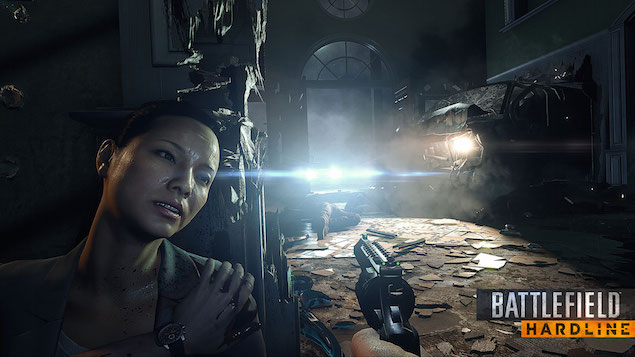 In a nod to games like Far Cry, the game employs a scanner which lets you tag foes in an area as well as explosive barrels that you can fire at to create a distraction. The scanner lets you find extra clues that help flesh out plot details and find high value targets to arrest as well. Certain sections allow thugs to call for backup; you can prevent this by disabling communications or simply slink through. The latter is possible with the help of a mini-radar on the top left corner that highlights where your enemies are and what their field of vision is, much like Metal Gear Solid games.

All of these elements come together to make for an exceptionally polished single-player experience and do a great job of distracting you from some inconsistencies in gameplay. Although Battlefield Hardline gives you the option to approach objectives in a non-violent manner, it rewards you for doing so with weapons and gadgets that are well, violent in nature.

Choosing the destructive approach also unlocks weapons but at a slower pace. It's this dissonance that makes your choice of play style redundant. So, if you prefer traipsing around without expending a single shotgun shell, your reward is a different kind of shotgun. Useless considering you don't use the existing one to begin with. 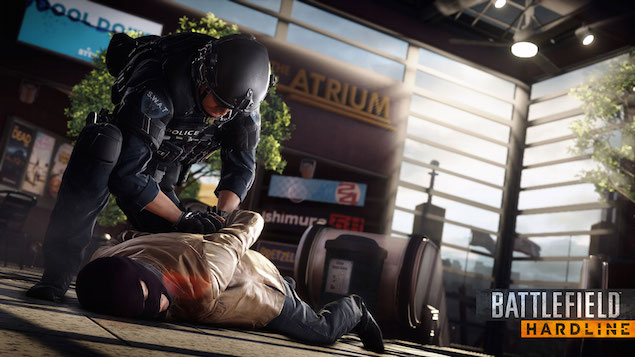 This is not all. While most missions take place in reasonably-sized environments, straying too far from an objective results in you being greeted with a message that you will fail the level if you don't go back to the parts of the area that the game designates as important. It's an aggressive sort of handholding to keep you on track to completing an episode and is amusing for all the wrong reasons.

Clocking in about eight hours or so, the single-player campaign is a solid affair that's different from the usual Battlefield fare we know and love. This is not a bad thing at all given how well it plays for most part.

On the multiplayer side of things, its business as usual. Five game modes, four factions, nine maps, 51 weapons, 27 new vehicles, and 28 new gadgets make it worthy of further inspection.

Even more so considering the reputation the last two Battlefield games have had in terms of connectivity and reliability. Battlefield Hardline's multiplayer component has already been hit with a distributed denial of service (DDoS) attack. We'll update this review with the multiplayer experience once we've checked it out at length this weekend. 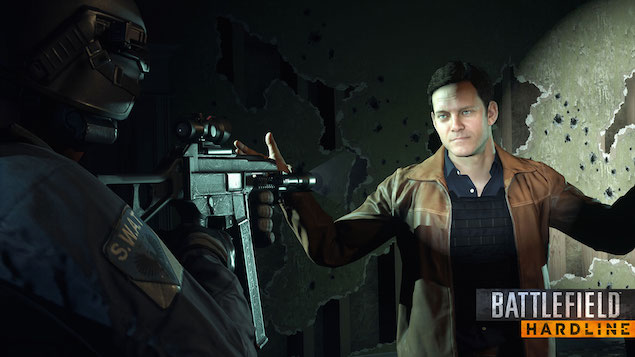 As it stands, Battlefield Hardline's slick single-player campaign makes it worth your while. Its well-paced, good looking,and a treat to play. Visceral Games' subversive take on the series might be a B-side to the usual military fare we're used to, but playing cops and robbers was never this fun.