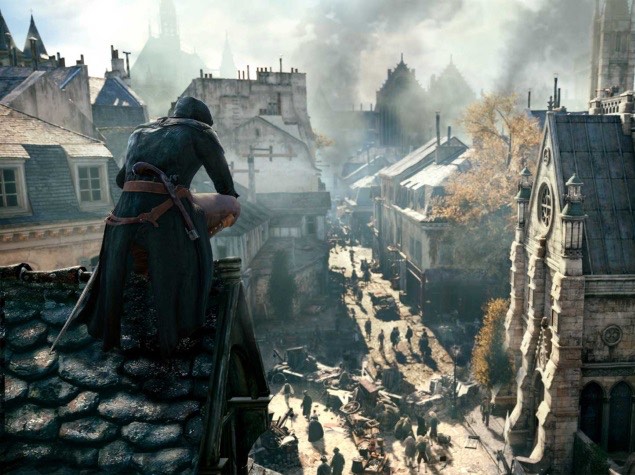 You know the French Revolution had a profound impact when every history textbook makes it a staple feature. Though history was never our strong suit, we do recall the French being on the cutting edge of technology, what with their clean, efficient guillotine killings.

One of history's bloodiest chapters makes for a more than interesting setting for Assassin's Creed Unity, the latest entry in Ubisoft's historical action-adventure open world video game series, minus, thankfully the painfully bad puns. Read on to find out how.

Viva la revolution
Assassin's Creed Unity has you in the role of an assassin, Arno Dorian as you parkour, slide, and skulk across France. Along the way you'll meet a host of intriguing characters (both historical and fictional) and of course, end the lives of many foes in the most gruesome fashion. All the while, you get to take in the sights and sounds of a country in the throes of anarchy. 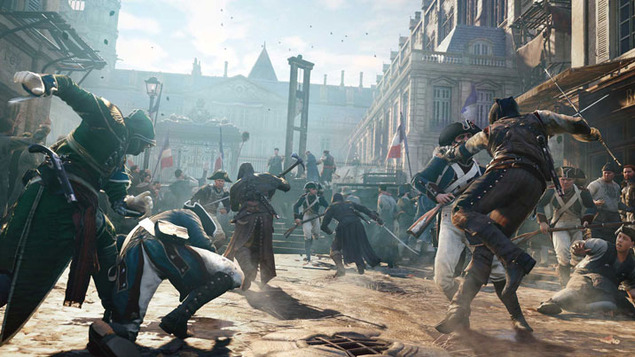 And what a sight it is. Whether you're walking through a Parisian street or free-running on the rooftops of Versailles, Unity's world is immersive. Unlike other open world affairs such as Infamous: Second Son, it doesn't feel like a ghost town. Assassin's Creed Unity is teeming with life with realistic crowds that take on a life of their own. A heady mix of angry peasants, snooty bourgeois, and antsy guards all come together in a fashion that convincingly portrays an atmosphere of revolt and protest. It's almost palpable. This attention to detail makes the game's atmosphere and world its greatest strengths.

Aside from making Unity captivating, social stealth is a viable option, allowing you to slip into crowds unnoticed. You could do it in earlier games as well but the sheer number of people on screen make it all the more easier. It also opens up more options in terms of traversal. Can't shake off annoying guards? Simply slip into a building. Almost every structure can be entered, allowing you to a greater sense of flexibility in approaching a mission.

Mission possible
In Assassin's Creed Unity's single-player campaign that lasts around 20 hours or so, you'll traipse around cathedrals, lurk through Parisian sewers, sneak across graveyards and infiltrate palaces. The missions themselves are varied. They range from the usual tailing and eavesdropping of targets to solving murders. Coupled with a well paced plot and you have very little reason to put the controller down.

However new locales, an assortment of missions, and slick presentation alone don't make Unity a joy to play. The controls appear to have undergone a series of subtle enhancements, the biggest of which is - finally - the ability to crouch. It took Ubisoft just eight mainline entries in the series and almost double the number of spin-offs to make it possible. 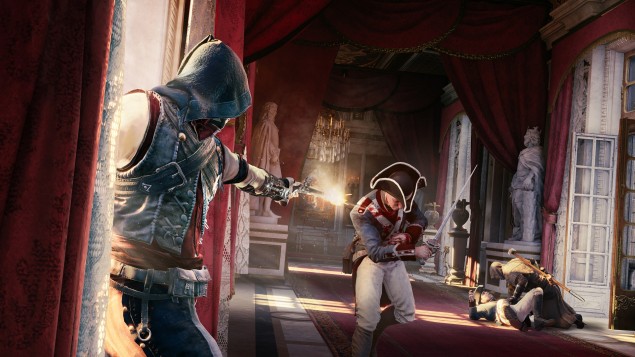 Having said that, it's a welcome addition in keeping yourself out of sight from the game's many enemies. Do snipers on the terrace have a bead on you? Simply crouch behind barrels instead of running like away like you would in previous entries in the series. Old timers would find it easy to use and especially useful in constrained quarters.

Also new is the last known position system, borrowed from the Splinter Cell series - a silhouette of Arno indicates the last position you were seen at by enemies, the one they'll converge on in an attempt to find you.

Mortal combat
Combat has also been rehauled. For one, it isn't as easy as the earlier games. You can no longer simply unleash hell on a squad of soldiers in your way and hope to get away with it. Anything but. At the most, tackling two or three of enemies at once is possible. Anything more becomes a nightmare. 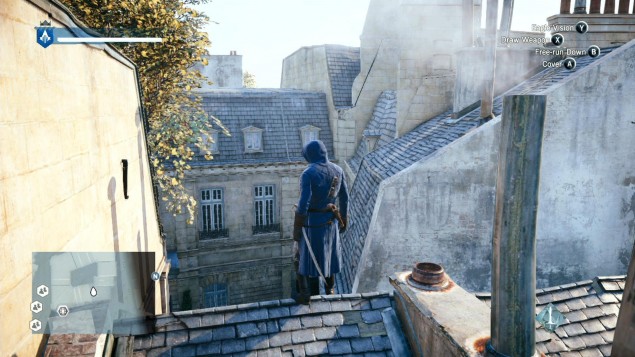 This is because the AI is aware of its numerical strength and uses it against you. Rather than have foes attacking you one at a time, they use their numbers and even distance to an advantage. So a group of four soldiers would probably have one or two at a distance using pistols or rifles, while the remainder would come up close with swords or pikes.

Furthermore, combat feels a lot more agile that what we're used to. This is in no small part thanks to smoother animations and swordplay that's responsive. Gone is the series' staple counter kill. In its place is a parry system that borrows from Japanese hack-and-slash masterpieces such as Bayonetta. If you manage to parry an enemy strike at the very last moment you can turn it into a counter-attack. All of this results in combat that rewards skill rather than button mashing.

Compared to earlier games in the series, the changes to combat allow players to explore the game's stealthier options, making it the preferred way to play in our opinion, though your mileage may vary. 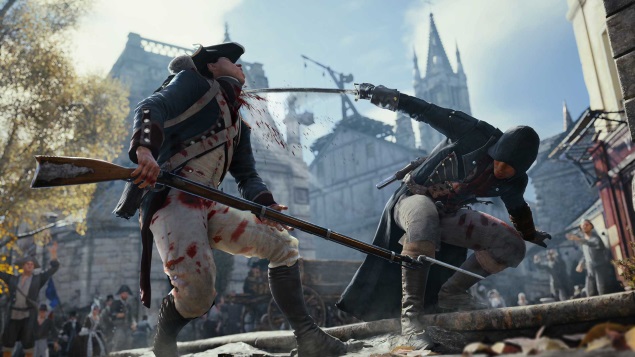 Freedom of progression
Instead of holding your hand and guiding you to a target, you can execute your target in a multitude of ways. From creating diversions such as leading a revolt of beggars, to disguising yourself as a henchman, to entering restricted areas undetected, the choices are aplenty. It's this sense of freedom and emergent gameplay that makes Unity a welcome change from earlier games in the series.

Thankfully absent are the series' many instant-fail scenarios. If you fail objectives such as tailing a target within a time limit, you aren't forced to try your hand at it again. In its stead the objective evolves, so you'll now have to chase down your target. Even if your target dies, you can still progress to the next mission except it would be tougher. This adaptive design sensibility makes for a game that's more fun compared to its predecessors, which often left us wanting to break our head against the wall. 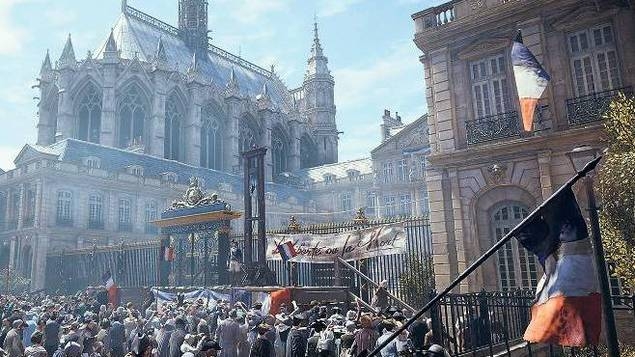 The good, the bad, and the glitchy
In the run up to the game's release much had been said about its technical prowess or lack thereof. From a visual standpoint, Unity is a treat to play. Yes, this extends to the Xbox One version that we've played. It looks rather good. Nonetheless it is plagued by a few issues.

Run down the streets of Paris and you'll see some buildings and parts of the crowd popping up at the very last moment. Similarly, climbing some of the game's grander structures results in a very visible frame drop.

Luckily, these are few and far between. For most part, Unity looks and plays the part of a grand, open world adventure with aplomb.

Verdict
For a series that's tackled colonial America, the high seas, and the Italian renaissance, Assassin's Creed Unity manages to keep it fresh. It has enough going for it to make it worth a purchase for the discerning gamer who may or may not still be suffering from the trauma of rote learning every detail of the French Revolution for academic purposes. Well worth the price of admission, and then some.

Researchers Invent What May Be the Tiniest Battery in the World
HTC Desire 816G Review: Fails to Recreate the Magic