Is Ashes Cricket the Best Cricket Game in the World? 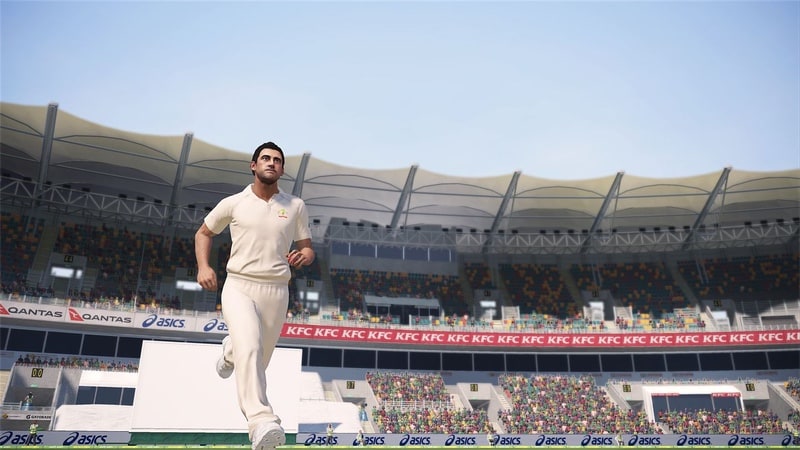 Australia-based Big Ant Studio is perhaps the only big studio still working on cricket games for PC and consoles. We’ve written at length about Don Bradman Cricket 17, which did very well to capture some of the complexities of cricket but had a lot of room for improvement. Sometime in 2016, Cricket Australia (which governs professional cricket in the country) started talking to Big Ant Studio about being more involved in making a cricket game. With The Ashes coming up in November 2017, the board decided to partner with Big Ant and create a realistic cricket game ahead of the series. That is how Ashes Cricket was born.

Ashes Cricket has one major differentiating feature when compared with Don Bradman Cricket 17 — player licenses. The men’s and women’s national teams for England and Australia are fully licensed. This means that you no longer have to go to the player editor to create or patch in all of your favourite players or teams. All Australian domestic cricket teams are available in the game, apart from the national teams mentioned earlier.

This makes a massive difference to the game by adding a touch of realism. Player likenesses are quite well done, although they’re still not at the same level as FIFA. If you’ve played FIFA 18, you’ll know that when Ronaldo takes a free kick in the game, the motion looks exactly like what the player does in real life. Similarly, Ashes Cricket does well to imitate players such as Steven Smith — the way he takes guard and fidgets a bit before the delivery and the way he plays shots - but not all players are well represented in this department.

Batting and bowling animations are a highlight of Ashes Cricket. Bowlers no longer have the same generic action and yes, that means different two leg-spinners will have distinct bowling actions. We think there’s room for improvement in bowling animations because the running style for most pace bowlers seemed quite similar. In real life, you’d notice that James Anderson and Josh Hazlewood have very distinct styles of running in for a delivery. While their actions are quite well done in the game, the run up could look better.

Batting animations are the highlight of this game. We don’t think any other cricket game has come this close to matching the vast array of cricket shots, including unorthodox shots such as the Switch Hit. We looked at the range of shots this game allows us to play and could find hardly any that looked fake, which is a massive improvement over previous Big Ant games. The only thing missing here is realistic collisions. Batsmen or batswomen stand tall even if hit on the helmet by a bouncer and bowlers regularly walk right through the umpire as if they were a ghost.

Once again though, we felt disappointed by the fielding AI. There were plenty of times when we noticed something wrong with the way players field in this game. For instance, during a Test match when we were batting, one of our players was out caught. Then we saw the replay and noticed that the ball hit the fielders head, bounced and lobbed into outstretched hands. If that were to happen in real life, the player would probably have minor concussion at least and definitely wouldn’t be celebrating the wicket. There were lots of instances when fielders would complete catches in a totally unrealistic manner — like casually jogging towards the boundary and raising their arms just at the right moment without even looking at the ball.

Many times we noticed that AI fielders wouldn’t dive to stop runs, opting to chase the ball and watch it run away for four instead. Once, our opponents needlessly threw the ball at the stumps and we managed to complete four runs simply by running between the wickets. This happened because the AI fielders were too slow to gather the ball and throw it back. This is one area where Big Ant hasn’t improved all that much, even if things such as the relay throw look quite good.

However, we really, really enjoyed playing Test matches in Ashes Cricket. The Ashes is the most fierce Test series in the world and we could feel the atmosphere when we played this match. From Matthew Wade’s iconic, “Nice, Garry!” to authentic fan chants, Big Ant has got a lot of things right here. The commentary is much better than what we saw in Don Bradman Cricket 17, particularly because the studio hired real life presenters such as Mel Jones and Michael Slater. However, it’s not entirely accurate — plenty of times we smashed the ball for six, only for the commentator to mention that it was played along the ground. In spite of this, this is perhaps the first cricket game in the last 15 years that delivers an authentic cricket experience. We kept wishing that Big Ant’s partnership had been with the International Cricket Council (ICC) instead of just Cricket Australia because we want to see authentic players from all countries and not just two of them.

Ashes Cricket also needs to do a lot more to be more accessible to new players. It has a detailed tutorial mode but that’s not very interactive. Going from menu to menu and tutorial to tutorial manually is no fun. Ideally, the game should have a tutorial mode with seamless progression. For example, if you start the tutorial mode, you should be able to choose batting, bowling, or fielding, and then progress from basic to advanced skills without going back to the menu. You can do this manually now, but a more immersive tutorial will help casual gamers learn this game’s tricks much faster.

As always, we found bowling a lot harder than batting and still haven’t entirely mastered the art of getting wickets. We’ve reached a skill level where we can bowl a tight line and avoid giving away extras, but the practice required to bowl properly is a lot higher than batting. This element is one of the good things Big Ant has borrowed from Don Bradman Cricket 17 and it’s heartening to see.

There are a variety of game modes in Ashes Cricket for you to enjoy. The main Ashes mode lets you play the men’s and women’s series and that is definitely a lot of fun. Then there’s a very interesting career mode where you can play as an unknown player or a star such as Alastair Cook or Steven Smith. In this mode, you can play as just one player or as the entire team. It’s similar to FIFA’s Be a Pro mode and it lets you live the cricketing life of your favourite players or just about any professional cricketer. There’s also an online mode where you can play against other players, if that’s more your cup of tea. You can also create your own tournament or play casual matches — from Tests to T20s.

And if you’re a cricket fan in India, Sri Lanka, or any other part of the world, fret not. Despite being called Ashes Cricket, you can create, edit, customise and play as teams you support. Whether it’s creating a squad that mimics India’s 1990s cricket team or your own neighbourhood XI, Ashes Cricket’s Cricket Academy gives you a welcome degree of choice. Feel too lazy to make your own squad? The Community option allows you to import the highest rated creations into your game. Aside from players and teams, you can even tweak how bats, logos, stadiums, and even umpires look. It’s a welcome addition that’s been popular in Big Ant’s past efforts with the Don Bradman series, and it will be interesting to see how the passionate cricket community reacts to it.

While Ashes Cricket is easily the best cricket game in the world right now, it could be a lot better. We’re very pleased to see these many improvements in the game considering that there’s so little competition and hopefully future cricket games from this studio will improve its commentary, fielding AI, and animations. Those are the kinds of improvements only sustained investment can bring in, when games are massively profitable as we’ve seen with FIFA. At the moment, we’re happy to recommend Ashes Cricket for fans of the game but more than anything else, we’re looking forward to future iterations of this. It looks like top class cricket games may finally be making a comeback.