Why the Xbox One X Could Be Microsoft’s Wii U 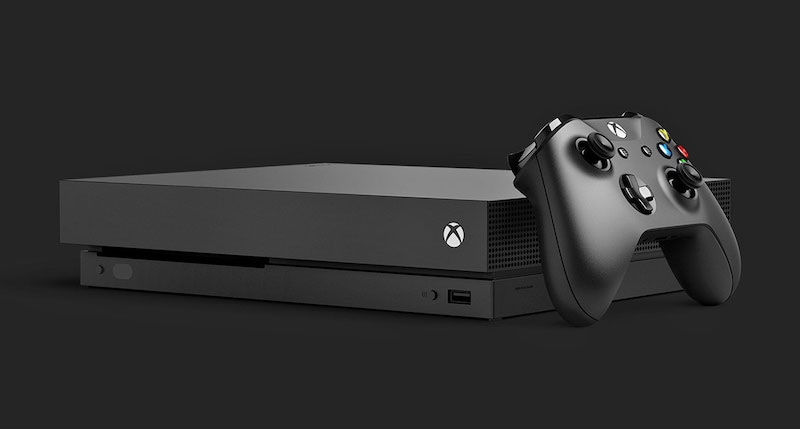 E3 2017’s standout announcement was definitely the Xbox One X. The $499 (Rs. 32,000) price tag might have turned off a few people, and it might not have the length and breadth of exclusive games that the PS4 and the PS4 Pro have, but the promise of being the world’s most powerful console ever is nothing to scoff at.

At Microsoft’s E3 2017 press event, the company spent a tremendous amount of time extolling the Xbox One X’s virtues - native 4K resolution for the crispest image quality to make games look better, a consistent 60 frames per second so all the action is buttery smooth, and of course compatibility across the Xbox One library of games.

Combined with a compact form factor, the Xbox One X seemed like a perfect PC substitute, especially given that an equally-powerful Windows desktop would set you back by a whole lot more. It seemed like a return to the Xbox brand’s roots, with a focus on specifications and power similar to the original Xbox, and the Xbox 360. All Microsoft had to do now, was make it available for pre-order.

But then, the caveats started rolling out. First, the company confirmed that the Xbox One X will not support VR. In an interview with the Wall Street Journal, Xbox marketing head Mike Nichols explained the reasons behind the lack of VR support. “The opportunity on PC is larger, because the install base is larger and we think the customer experience will be better on PC,” Nichols said.

He's right about the experience - VR on consoles as we've seen it so far includes a bevy of wires to deal with, and the logistics of getting it to work in the living room are not easy. There's also the fact that Sony’s adventures in VR haven't exactly been a resounding success, what with the PS VR selling only a million units versus the PS4’s 60.4 million.

But while these are valid, practical arguments, they fly in the face of what the Xbox One X promises - incredible power. What’s the point of being positioned as the most powerful console ever when the PS4 Pro supports VR, and the Xbox One X does not? Where did the logic of an install base suddenly come up for a console that was so out of the box that Microsoft had to use a custom GPU setup and vapour chamber cooling reserved for server-grade hardware?

But there's another issue with the Xbox One X and it's claim of peerless power. It turns out that games such as Destiny 2 won’t run at 60fps on the Xbox One X due to the way the console is designed - despite the fact it has a significantly faster GPU (4.6x faster than the Xbox One), the CPU is only 30 percent faster. This means simulation heavy games like Destiny 2, which rely on things like AI, vehicles physics, and so forth happening in parallel, would be stuck at 30fps.

So it appears that not all Xbox One X games will run at native 4K either. Assassin's Creed Origins, which debuted at Microsoft's E3 2017 event has confirmed to use dynamic resolution. This method allows developers to automatically increase or decrease a game’s resolution, in order to maintain a stable frame rate. In short, it's not true 4K like Microsoft claims. We also know that not all games will be at 60fps. Plus VR support is out of the question too.

Now, do you think that a console that promises to be the most powerful can actually live up to it when the company behind it is so hellbent on sabotaging its own efforts?

As a prospective consumer for the Xbox One X, all of this leaves a bitter taste. Despite its intentions, the way Microsoft has handled the Xbox One X launch so far seems like a bait and switch, using high-profile events like E3 to manipulate fans, only to leave the fine print somewhere else entirely.

All of this is reminiscent of the poor messaging Nintendo struggled with for the Wii U. Casual customers assumed it would be similar to the Wii but were treated to a console with a sluggish interface, a lack of motion-controlled games, and a focus on prosumer needs like visual fidelity. Fine print such as expensive Wii U tablet costs didn't do it any favours either.

It took Nintendo an entire generation to recover and regroup after the mixed messaging debacle of the Wii U - one hopes from Microsoft’s sake, the Xbox One doesn’t turn out to be its Wii U.

Ericsson Mobility Report Sees Growth in Data Traffic, VoLTE Subscriptions in India by 2022
How Drones Could Save Lives of Heart Attack Victims