The Best Game on the PS Vita Is a PC Port 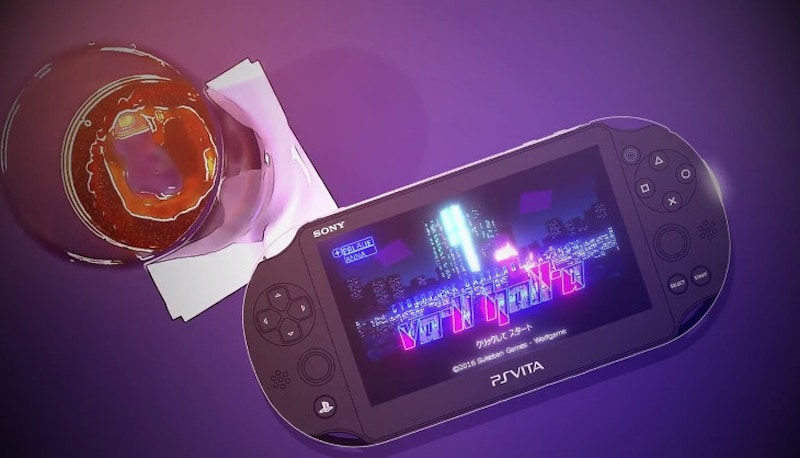 Sony may have given up on the PS Vita — its follow up to the popular PlayStation Portable (PSP) - but that hasn’t stopped a cottage industry of developers from shipping their wares for the handheld. From stealth titles like Volume, to visual novels such as Steins;Gate, smaller games that wouldn’t have had much of a chance on the bigger and more dominant platforms have thrived on the PS Vita.

Which is why it’s odd that the greatest game on the console is a PC port. VA-11 HALL-A: Cyberpunk Bartender Action released on Windows PC and macOS via Steam in 2016. It’s now available on the PS Store for PS Vita. The handheld is home to many a visual novel thanks to a form factor that fits well in your hands and the bright screen lends itself well for reading large amounts of text. You also get a myriad of control options ranging from buttons, a touchpad, and the touchscreen itself. It’s why VA-11 HALL-A making it to the portable console is a logical move.

In our 2016 review of VA-11 HALL-A , we stated it to be a highly engaging visual novel wrapped in retro aesthetics. You’re a bartender in a bar called VA-11 HALL-A. Set in a dystopian future you’re tasked with trying to eke out a daily living. You’re not a hero. Rather, you are charged with serving the heroes copious amounts of alcohol. The game's loop is focussed on the mundane, what with you mixing drinks at work, surfing the Internet (complete with the game's version of 4chan), and sitting at home with your cat, so you have a title that has you coming back to the Vita for a relaxing experience.

Unlike most visual novels, you’re not trapped in stressful scenarios as we’ve seen in the Danganronpa and Steins;Gate games. This makes coming back to VA-11 HALL-A a calming affair. It uses predictability and routine to usher in a tranquil experience that few can match.

Aside from being a breath of fresh air with its breezy tone, VA-11 HALL-A improves on the PC release thanks to the Vita’s expansive control options. It supports both touchscreen and button controls obviously. Going through dialogue and interacting with its colourful characters is a a treat thanks to its responsive controls and satisfying button clicks. This extends to the touchscreen controls as well, which are perfect for mixing drinks in the game, allowing you to tap and select with ease. It’s well thought out which is nice since making beverages is something you’ll be doing a lot of in this game.

Visual novel purists might balk at the absence of an option to skip text or a log of your conversations, but it’s not like these detract from the experience. Even with a second play-through, the writing stays fresh enough that you’d want to read whatever it has to say.

While VA-11 HALL-A has been announced for iOS and is rumoured to hit the Nintendo Switch as well, there’s no firm release date for the game on either platform. Either way, if you have a decent PC or PS Vita, it’s well worth experiencing. More so on the latter thanks to its form factor that’s superior for the genre it belongs to.