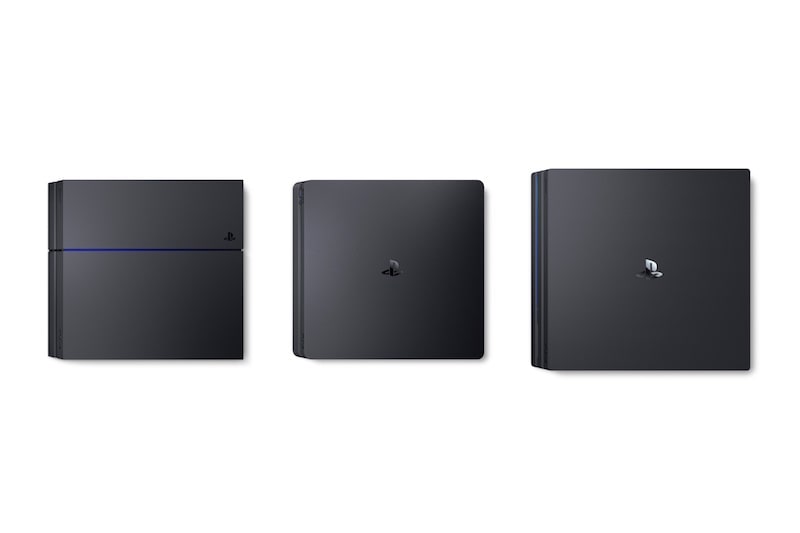 The PS4 has sales in excess of 73.6 million. Its closest competitor, Microsoft, refuses to reveal how well (or poorly) the Xbox One is doing, and the Nintendo Switch being barely a year old is closing in on 10 million units sold. It’s safe to say that Sony’s fourth home console is the most popular one this generation. But that doesn’t mean it’s perfect - far from it. At the height of Sony's dominance, it's worth looking at the Playstation 4 with a critical eye and noting what could have been done better.

1. No PS4 backwards compatibility
If you own a PS4, chances are you’ve been exposed to Sony’s prior consoles such as the PS1, PS2, and PS3 or even the PSP or PS Vita. Each of them have a roster of fantastic games such as Tekken 3 (PS1), Shadow Hearts (PS2), and Resistance: Fall of Man (PS3). However, Sony isn’t interested in letting you play them on the PS4. Sure, it has more than enough power to run every game from the catalogue of all of Sony’s hardware, but the company prefers that you pay for the privilege of doing so as we’ve seen with Grand Theft Auto: Vice City, which was re-released for the PS4 as a digital download.

In some cases it’s warranted, such as the spectacular Ratchet and Clank remake that was a remaster of the PS2 classic. But outside of a few PS2 and PS1 titles, the remaining roster is left behind forever, with Sony claiming its “it's not so greatly used”.

Meanwhile Microsoft has ensured that most Xbox 360 titles (and more than a few original Xbox games) are playable on the Xbox One, Xbox One S, and the Xbox One X, and some of these games even sport Xbox One X enhancements. No such luck with Sony. So if you hoped to play your favourite last-generation classics on the PS4 - it won’t happen simply because Sony won’t let it.

2. PS4 cross-platform play support
If you’re a fan of playing multiplayer games with your friends, traditionally this has meant everyone needing to buy the same console. This generation, games like Minecraft and Rocket League tout cross-platform play. What this means is, you could be gaming on the Nintendo Switch or Xbox One or PC, and still play with a friend who is on one of the other platforms. Cross-platform play allows PC, Xbox One and Switch players to be in the same lobby, eradicating the need of buying the same console your friend has. While Nintendo and Microsoft have embraced cross-platform play, Sony has stayed away from allowing PS4 players to mingle with those who own an Xbox One or Nintendo Switch. Sony has cordoned off its users, or at best, just allowed them to play with PC gamers as we’ve seen with Rocket League.

Cross-platform play is crucial because it allows you to play with others regardless of your platform and it ensures that the chances of you finding someone to play with are higher than what they would be if you were restricted to your PC or console alone. Granted, there are commercial considerations to be taken care of, but as the dominant platform, Sony has so far managed to resist the pressure to add cross-platform support.

3. PS Store curation leaves a lot of room for improvement
Steam and Google Play are usually the poster children for poorly curated storefronts wherein tech demos cobbled together from pre-made Unity assets are sold as full-priced games, which in gamer parlance is known as an asset flip. However, the PlayStation Store — Sony’s digital storefront - is not too far behind. Games that have no business being on the PS Store, such as Life of Black Tiger, and 5-Star 1000 Top Rated, aren’t just present on the store, but in the case of the former, even get promoted by Sony on the official PlayStation YouTube channel. These titles barely pass off as games — with glitches galore and nothing in the way of gameplay — yet, they seem to get Sony’s tacit blessing.

For many, the PlayStation brand is a hallmark of quality, by green lighting and making available such titles does little to inspire confidence for its legions of fans and would be consumers. More so when the company claims to be a stickler for class - disallowing PlayerUnknown’s Battlegrounds (PUBG) until it meets a certain standard, seems cryptic considering some of the games available on the PS Store right now.

4.PS VR hasn’t had its Mario moment
Although this is true for virtual reality as a whole, it’s even more glaring for PS VR — Sony’s PS4-exclusive headset which has outsold both Oculus and HTC’s offerings. There have been some interesting implementations of the tech such as Resident Evil 7 being completely playable in VR, and certain Gran Turismo Sport races in VR mode.

Despite these experiments, PS VR lacks the killer app necessary to make it attractive to most PS4 owners. Virtual reality has always been positioned as the most cutting-edge piece of the gaming puzzle, and while Sony’s implementation is the smoothest, most of its early adopters are left with an expensive proof-of-concept for now.

Other missteps include the PS4 Pro’s availability being erratic in certain regions, and the stability of the PlayStation Network seems to always come into question during peak seasons. It will be interesting to see if Sony addresses some of these concerns with the PS5 when it’s inevitably announced. Until then, the company’s most popular product is an imperfect success.