Why Nintendo Should Bring the Switch to India 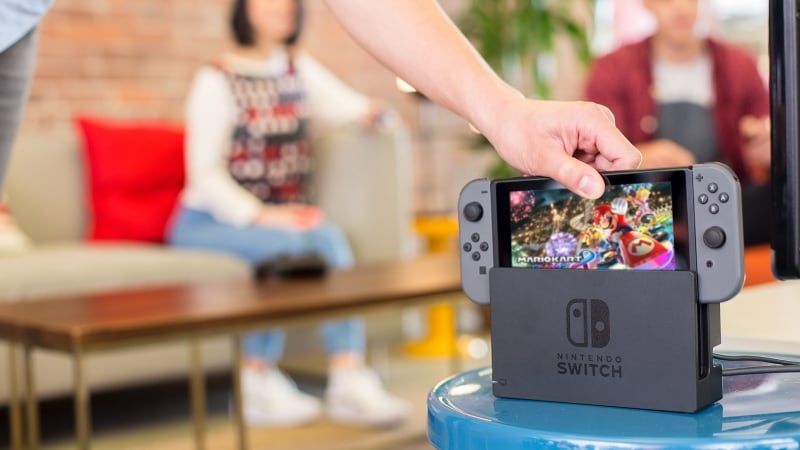 The launch of the Nintendo Switch was an exciting event packed with just the kind of news most people wanted to hear. Great launch titles and a steady drip of high profile games over the next several months is great news for every gamer. However the event lacked the one thing we were hoping for - any mention of an India launch.

It’s been a long time since Nintendo has acknowledged the existence of India as a market. In recent years, asking a friend or a relative going abroad has been the only way to get the company’s consoles without going to the grey market. We’d been hoping that the immense popularity of Pokemon Go and the buzz around Super Mario Run in India would persuade Nintendo to consider launching the Switch in India, but that hasn’t proved to be the case so far.

For most people, buying a console at sky-high prices with no warranty - as it happens if you import one, or go grey - is not an option, and that means most Nintendo fans in India can’t enjoy the company’s games. The Nintendo Switch looks like a console that could be a success even in India. It has offline multiplayer support, which means that the lack of a fast Internet connection is not going to stop people from getting the most out of the console. The Nintendo Switch can be used for playing games on your TV, and it has a tablet mode that lets you carry it wherever you go. It is region-free, which means that you can play without any region restrictions.

Its portability is another big advantage in India. Plenty of people here can be found carrying tablets to play games or watch films during their commute to work, and the Nintendo Switch is likely to appeal to these people as well. But the biggest selling point for any Nintendo console is always the games. With an awesome title such as Mario Kart 8 Deluxe coming soon after launch, and other games such as The Legend of Zelda: Breath of the Wild and Super Mario Odyssey based on big Nintendo IP in the pipeline, there’s enough here to entice buyers.

With India, the biggest challenge is going to be pricing and availability. The current $300 (roughly Rs. 22,000) price in the US would likely translate to Rs. 30,000 in India, after import duties and local taxes, should the game officially release in India. That isn’t bad at all if you consider that the Sony PlayStation 4 has sold quite well despite being priced higher at launch. Games could be priced around the Rs. 4,000 mark. That’s pretty much on par with console game prices in India. One could argue that India is a price sensitive market where such expensive products won’t sell, but the relative success of the PS4 proves that point wrong. If the console is good and so are the games, people will buy it even in India.

As of now, India doesn’t exist as a market as far as Nintendo is concerned and there’s a good chance that gamers will have to live with buying a console with no warranty. Even if they do, Indian credit cards are unlikely to work on Nintendo’s online store, so buying games digitally might not even be an option. Its characters, particularly Mario, are well-known in the country even though the company has no official presence here. And like we mentioned earlier, the success of Pokemon Go ensures that Nintendo IP is wildly popular in India and if nothing else, a Pokemon game is definitely going to pique people’s interest here

It’d be unrealistic to expect Nintendo to bring Switch to India if it fails in the company’s core markets. However, if it’s a success in the US, Europe, and Japan, the company should attempt to bring it to India. The most realistic option would be to bring in limited stock and see how the market responds and import more units based on that. The unfortunate truth is that it’s unlikely to happen, but that doesn’t stop us from hoping that the Nintendo Switch will be officially available in India sometime soon.