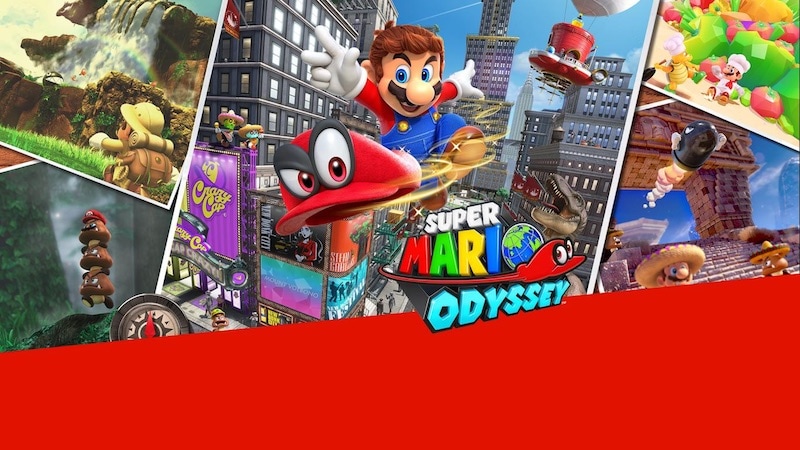 Nintendo is at its best with its back against the wall. The Japanese company had been struggling ever since the launch of Wii U in 2012. As a gaming console, the Wii U wasn’t too bad, but it had very few games not made by Nintendo. Despite robust sales of the Nintendo 3DS, poor performance of the Wii U and Nintendo's complete absence in the smartphone market meant that times have been tough for one of the oldest and most loved gaming companies in the world.

This was somewhat rectified when Nintendo formally entered the smartphone market with games such as Super Mario Run, and Fire Emblem Heroes. That was followed by its masterstroke — the Nintendo Switch.

With the Switch, Nintendo’s marketing machine has been making all the right moves to ensure that this console is a big success. The first of these was having The Legend of Zelda: Breath of the Wild as a launch title. Not only is the game quite good, but it was extremely well-received by newcomers and longtime fans of the Zelda series.

From then on, Nintendo has been trying to ensure that there is one major game launch every month. We saw the release of The Legend of Zelda: Breath of the Wild in March, Mario Kart 8 Deluxe in April, Minecraft and Disgaea 5 in May, and Arms in June. The release schedule looks very promising for the coming months as well. Splatoon 2 is releasing in July, Mario + Rabbids: Kingdom Battle, Pokken Tournament DX, NBA 2K18 and FIFA 18 in September, Super Mario Odyssey and Fire Emblem Warriors in October, apart from Xenoblade Chronicles 2, Rocket League, and The Elder Scrolls V: Skyrim also set to release in 2017.

Releasing the Nintendo Switch in March 2017 was a great move because it gave Nintendo some time to build a strong library of games before the crucual holiday season in the US. The casual gaming crowd will soon have a wealth of Mario games to choose from. Mario Kart 8 Deluxe is already available and it is excellent. Mario + Rabbids: Kingdom Battle looks promising, and Super Mario Odyssey looks innovative and exciting. Hardcore fans get games such as Monster Hunter XX, Xenoblade Chronicles 2, and Fire Emblem Warriors.

All of this makes me believe that Nintendo has got its strategy spot on. Its E3 2017 presentation promised more games — one starring Yoshi and the other Kirby — both extremely popular Nintendo characters. The company also announced that Metroid Prime 4 and a Pokemon RPG is under development for the Nintendo Switch. The last two announcements barely had one screenshot as proof of progress but if Nintendo’s release record so far is anything to go by, at least one of these games could be released around the holiday season in 2018.

This tells us that not only does Nintendo have a stellar lineup of first-party games for the Switch, but third-party game developers are also showing interest in the console. Nintendo has said that it expects to sell over 10 million consoles this year, even though it hasn’t even launched the Switch in India or China. That is a player base big enough for big third-party developers to take the Switch seriously.

The Nintendo Switch may not have the raw power of Sony PS4 Pro or Microsoft Xbox One X, but it definitely presents a great opportunity for developers to explore innovative gaming experiences like Ubisoft is doing with Starlink. The game has you to build a toy starship in the real world, and mount it on the controller. This is a modular starship, and any parts you change in real life appear instantly in the game, according to Ubisoft. Games on other platforms could optimise for local multiplayer and release on the Switch, as we’ve seen with Rocket League.

The only big hole in Nintendo’s game plan right now is the lack of a robust online service. At the moment Nintendo is offering online play for free but it plans to start charging for the service next year. We’re living in a world where Xbox Live will appear on the Nintendo Switch before Nintendo’s own online service is properly in place. This is a blessing in disguise though, because it opens the possibility of cross-platform online play.

What this could mean is - and this isn't official yet - if you are playing FIFA 18 on the Nintendo Switch, you could play online with players from Xbox One and PC versions of the game. Admittedly, that's not the best example considering FIFA 18 on the Switch runs an entirely different engine from the Xbox One and PC versions, and of course is dependent on publishers like EA deciding to support cross-platform play. Big hits like Rocket League and Minecraft are already doing so, so it could just be a matter of time before EA and others join the party.

In the meantime Nintendo has continued to push games for the 3DS and 2DS XL, apart from working on games for smartphones. After a long time, things are looking good for Nintendo. When people thought it was down and out, the company has delivered what may be its best console ever. This time, its not just Nintendo games you can play on the Switch, and that makes a world of a difference.