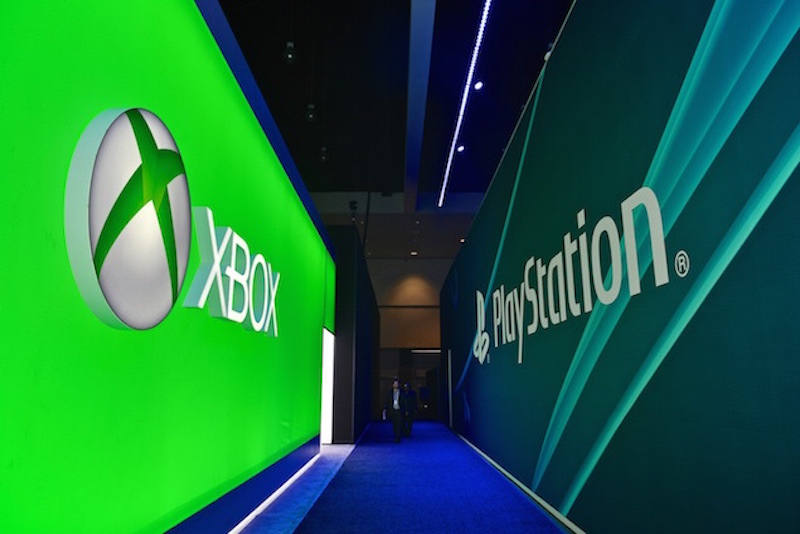 E3 2016 showcased a lot of things, including the fact that the games industry has forgotten about the fact that video games should be fun.

Optimists in the crowd might point to E3 2016 as a glorious spectacle of game reveals and hardware that is to be celebrated but I believe otherwise. Here's why.

EA might have gotten things off to a great start with Titanfall 2, but the very fact that its developer, Respawn Entertainment, had to state that the game would be playable offline in single-player mode just rankles. When did it become status quo for single-player experiences to be bogged down and dependent on your Internet connection? It boggles the mind that one of the world's biggest publishers thinks all its consumers are fine with an always online ecosystem, even more so when it couldn't allow for a budget to make the first Titanfall game have a single-player, offline campaign to begin with?

And don't even get me started on FIFA 17's story mode. The cringe-worthy reveal may have put Pele at EA's E3 2015 to shame where the legend rambled on about his career while EA execs fawned over him on stage instead of talking about the game. FIFA 17's story mode, known as The Journey, masks a bigger issue. It forces you to play as a fixed character who has aspirations of being a part of Manchester United or any other Premier League club - you have no options outside of the EPL. Evidently player choice isn't a part of the company's agenda so you'd do well to exercise your choice of not to play it.

And this isn't even the biggest elephant in the room if you're a fan of sci-fi games. Mass Effect: Andromeda appears to be in development limbo. The futuristic RPG is due in early 2017 but there's been no sign of anything remotely resembling gameplay footage. The same applies to the host of Star Wars games in development at EA. We know they're work in progress and little else. Battlefield 1 doesn't fare any better either. What passes off as "in-game footage" is nowhere close to what it would look like on your average PC, PS4, or Xbox One. This is something the company's been guilty of since the Battlefield 3 days.

If EA was the only offender it would be fine. But every games company is notorious for hyping up something that's arguably going to end poorly. Bethesda's Quake Champions isn't being developed by id Software - the studio behind Doom's superlative single-player campaign. Instead it'll be the work of Sabre Interactive, whose resume includes the likes of the obscure last-generation shooter Time Shift, and a port of Halo 1 to the Xbox 360. Expect your dreams of a true successor to Quake 3 Arena to be shattered. Or at the very least a hot mess until id decides to step in. Apparently it's busy fixing the issues with Doom's multiplayer which was outsourced to another studio, Certain Affinity. This should give us an idea on how Quake Champions may just turn out, since there is no single-player mode to it. Barely serviceable and nowhere close to what you'd hope it could be. Even more so in a post-Overwatch world.

Ubisoft almost bored us to death with sequel after sequel from franchises that should have been put into cold storage instead of regaling us with a new Prince of Persia, or information on Beyond Good and Evil 2 other than to say it's still being worked on. At the rate things are going, it's probably going to end up being the company's Half-Life 3.

Nonetheless, the likes of Bethesda and Ubisoft don't come close to the biggest wrongdoers - Sony and Microsoft. The former has a nasty habit of showing off games well before you could expect them. So much so that we were compelled to leave its reveals complete off our list of the best games of E3 simply because there's no clear picture as to when the most interesting ones are expected. Don't believe me? Its track record speaks for itself with a staggering 62 percent of the games from E3 2015 yet to be released.

At least other publishers release games with some frequency so the cycle of being hyped and the inevitable disappointment eventually plays out faster. For Sony it seems to be a case of hope springs eternal. Ask any long-suffering fan of The Last Guardian - a game in development from 2007, announced in 2009 and finally out later this year. Suffice to say, don't expect the excellent looking God of War to be out anytime in the near or far future.

Meanwhile Microsoft has a habit of putting its foot in its mouth ever so often. This E3 is no different. What's the point of announcing a slimmer, newer, somewhat better performing console in the Xbox One S at the beginning of a conference only to stick an expiry date onto it at the end with Project Scorpio - an even newer, even better performing console that will be out in December 2017. To make matters worse, Xbox boss Phil Spencer has decided to confuse everyone with statements on how powerful the Xbox One S is, when compared to the Xbox One. This is contrary to what its own developers claim, and multiple sources close to the company speaking to Gadgets 360 also disagreed with him.

Furthermore, he went on to state that Scorpio won't do anything if you don't have a 4K TV and that the Xbox One S is what you need if you're at full HD or 1080p. He then backflipped on this by saying that games like Halo 5 and Gears of War 4 will have a stable 1080p resolution on the Scorpio and not the Xbox One S.

It gets worse. Rather than assure gamers that the Scorpio won't get exclusive games or features - something that was stated at Microsoft's E3 2016 briefing - he went on to later say that developers can use its power anyway they please, implying the opposite.

At the rate at which these statements have been coming, he'll probably change his mind on what the Xbox One, Xbox One S, and Project Scorpio can do a million times over by the time this post goes up. Dear Phil. Please. Make. Up. Your. Mind.

As for Nintendo? It's relegating itself to irrelevance with most of its announcements focussed on two games - The Legend of Zelda: Breath of the Wild and Pokemon Sun and Moon. The former will launch on the upcoming and unknown Nintendo NX as well as the rarely heard of Wii U, ensuring it won't get the exposure it deserves while the latter is simply more of the same game we've seen rehashed for over 20 years.

All of this brings me back to my question and its now obvious answer.

Remember when video games were fun? Neither does the games industry. E3 isn't a celebration of gaming. It's a bizarre pageant of pomp, slick trailers and one-upmanship designed at raising your hopes and pre-order numbers before you settle for the inevitable disappointment months later. Expecting anything less is simply foolish.