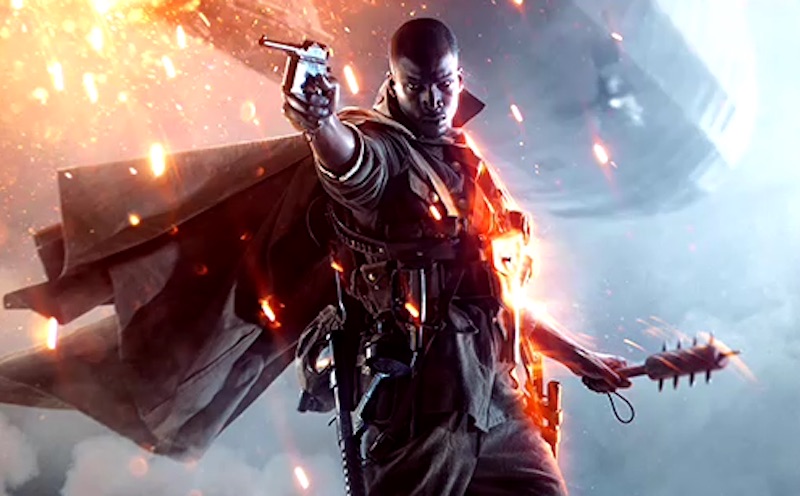 Hours before EA's world premiere of its next Battlefield game comes another leak confirming its setting.

This time the Xbox Store put up an image of what appears to be the game's protagonist holding a variant of the Mauser pistol and a trench club - a melee weapon used in World War I.

In addition to this, some of EA's own employees have taken to Twitter to voice their anger at the early reveal from Microsoft if screen grabs from popular gaming forum NeoGAF are to be believed, which further lends credence to this leak.

This follows Swiss retailer World of Games listing Battlefield 5 (or whatever EA is calling it) as being set during World War I and focussed on multiplayer.

"Battlefield 5 for PS4/XB1/PC. Lists October 26 as a release date. It includes the description 'Mehrspieler Taktik Shooter I'm 1. Weltkrieg' which translates to 'Multiplayer tactical shooter in WW1'", reads a post by NeoGAF member Ondore .

However, a quick check of the description at the time had any indication of it being a World War I shooter missing. This could possibly an error on the part of the retailer. Now though, there's adequate proof of it.

Battlefield publisher Electronic Arts CFO Blake Jorgensen said during the 2014 UBS Global Technology Conference that he'd seen the next entry in the first-person shooter series in development and believed it will be a "fun, new Battlefield."

"That will be a return to a Battlefield military-style game; more to come on that," he said at the time.

Barring Battlefield: Hardline which took place in a civilian backdrop, every other game in the series focused on military settings. With the gaming community growing tired of futuristic first-person shooters, and EA covering their quota of such with Titanfall 2, a World War I setting for the next Battlefield might not be such a bad idea after all.