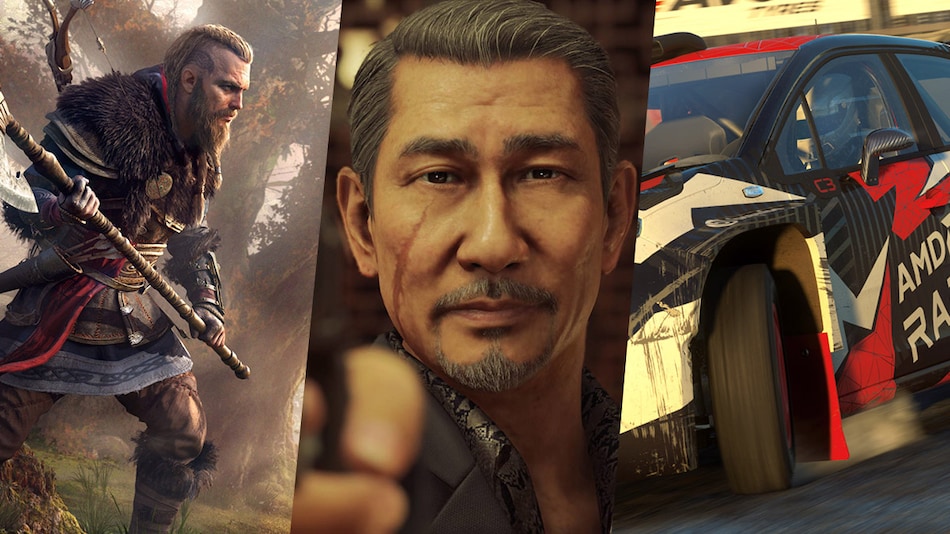 (L-R): Assassin’s Creed Valhalla, Yakuza: Like a Dragon, and Dirt 5

The Xbox Series X gameplay reveal took place on Thursday, and we got to see some of the upcoming games for the new console that's set to release later this year. At the event for the Xbox Series X, Microsoft showcased a total of 13 titles that will hit the next-gen console in “the launch window” of Q4 2020: October–December. These included a new chapter in Codemasters' racing series Dirt 5, the new Yakuza: Like a Dragon from Sega, currently limited to Japan, the American football Madden NFL 21 from EA, space combat shooter Chorus (trailer) from Saints Row maker Deep Silver, and action game Scarlet Nexus from Bandai Namco. Additionally, we got our first look at gameplay for Ubisoft's previously-announced Assassin's Creed Valhalla.

None of these 13 games are exclusive to the Xbox Series X, and a showcase for Xbox Game Studios titles will come later. But what these 13 titles do have in common is that they are all Xbox Series X Optimized, which means they will be playable at 4K resolution at up to 120 frames per second. They will also deliver super-fast load times (thanks to the SSD) and make use of hardware-accelerated raytracing, which allows developers to “create more physically accurate worlds.” Additionally, all 13 Xbox Series X titles are compatible with Smart Delivery, another version of Xbox Play Anywhere, that lets you bring your Xbox One discs to Xbox Series X. In short, you only have to buy them once — much like you can buy apps on a smartphone, and continue using them as you upgrade your phone.

Here's a closer look at some of the 13 titles announced for Xbox Series X.

We knew it was set in the Viking age, and the first gameplay for the next Assassin's Creed game reveals raids. It gives us a proper look at the game's combat, which allows the protagonist Eivor to dual wield, fire arrows, and throw axes. And oh, you can also customise your character with tattoos. In addition to Xbox Series X, Assassin's Creed Valhalla will also be available on PC, PS4, PS5, Xbox One, and Google Stadia.

Call of the Sea

This first-person adventure puzzle set in the 1930s is being described as a “love letter to the genre” by its studio-of-12, having been inspired by the likes of Firewatch, Subnautica, Red Matter, Myst, Soma, and Obduction. Firewatch star Cissy Jones even voices Call of the Sea's lead character Norah, who has crossed an ocean in search of her husband. Call of the Sea will be available with Xbox Game Pass, and on PC, Xbox One, and Xbox Series X.

Three years on from the slightly-underwhelming Dirt 4, Codemasters returns with another entry in the long-running series, which will feature eight race surfaces (grave, snow, mud, ice, and more) and over 70 tracks, from Brazil favelas to Italy's marble mines. Dirt 5 will also offer four-player split-screen, even in Career, unheard of in modern racing games. A new never-before-in-Dirt mode will be revealed later. Dirt 5 rolls in October on PC, PS4, PS5, Xbox One, and Xbox Series X. Stadia in early 2021.

From the makers of Tales of Vesperia comes a new anime-style RPG franchise that is set in the city of New Himuka in a far distant future, where the discovery of a hormone granted humans extra-sensory powers before extraterrestrial mutants landed on Earth to eat said humans. So, zombies? Anyway, Scarlet Nexus will be available on Xbox One and Xbox Series X. Other platforms not announced yet.

Already available on the PS4 albeit in Japan only, the eighth mainline Yakuza entry shifts away from the franchise's roots in two major ways: one, it's not set in Tokyo but Yokohama, and two more importantly, combat is now turn-based instead of real-time. Yakuza: Like a Dragon allows you to pick from 19 “jobs” for your character — bodyguard, musician, or chef. And as always, you can spend time at the karaoke or game arcades. The new Yakuza is out in 2020 on PC, PS4, Xbox One, and Xbox Series X.