Xbox Series X has been compared to a refrigerator because of its boxy design. 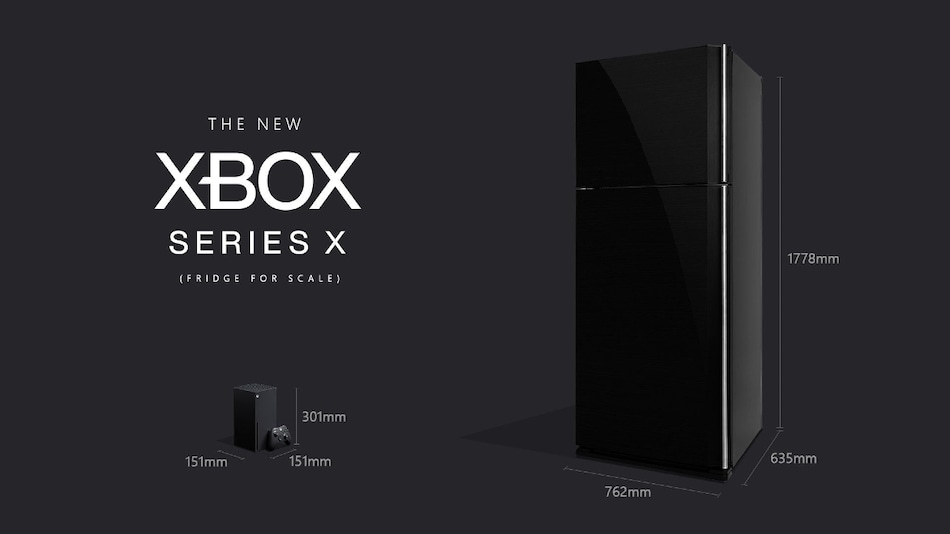 Microsoft introduced its upcoming gaming console, the Xbox Series X in December last year with a rather conventional design, something people had not expected from a gaming console of 2020. Given the boxy design, the Xbox Series X soon became meme content, which led many people to compare the new Xbox design with a refrigerator, trash cans, sky scrapers, and more. The company has, however, taken the criticism rather well as the official Xbox Twitter handle shared a picture comparing the size of the Xbox Series X with a fridge as an attempt to ensure that there is no chance the Xbox Series X can be mistaken for a fridge.

The new Xbox Series X has been at the centre of many jokes due to its simple boxy design. People on the Internet have compared the gaming console with not just refrigerators but with skyscrapers, trash cans, PC cabinets, and even things like SpongeBob SquarePants and bazooka among others.

The Xbox Series X is the next generation gaming console from Microsoft, which is slated for a commercial launch somewhere in the holiday season in 2020. The company had recently revealed most of the specifications on the Xbox Series X, which revealed the super-fast storage on the next Xbox, a 16GB GDDR6 RAM and an octa-core AMD Zen 2 CPU, coupled with a 12 Teraflops RDNA 2-class GPU.