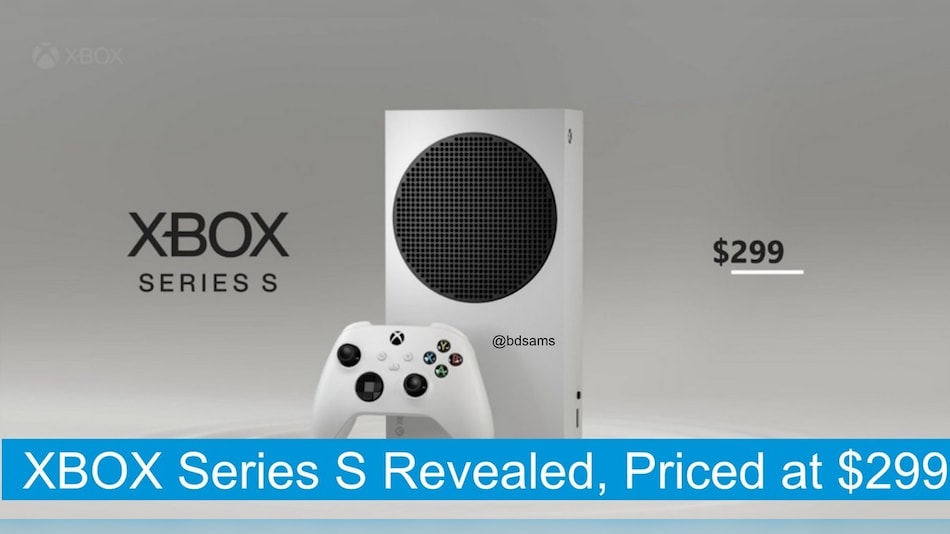 Xbox Series S, the rumoured cheaper variant of the Xbox Series X, has reportedly popped up on Twitter, giving us a first look at the console. The tipster who shared the image, also shared a price tag of $299 (roughly Rs. 22,000) for the console. Another tipster shared a small clip of the Xbox Series S showing off its size compared to the bigger and more powerful Xbox Series X. Additionally, the release date for the two consoles has also been tipped to be November 10.

Microsoft has been rumoured to unveil not one but two next generation consoles, one being the Xbox Series X and the other being a slightly toned-down version of it, allegedly called the Xbox Series S. Tipster Brad Sams shared a tweet with an image of what is said to be the Xbox Series S, along with a price tag of $299. The image shows the console in white, placed next to a white Xbox controller. The Xbox Series S has a similar cuboidal shape as the Series X but is much smaller and has a black grill on one side.

Microsoft has not shared an exact release date for the Xbox Series X and has only revealed that it will be launching in November. Interestingly, previous leaks have claimed that the PlayStation 5 will be released on November 20 and it looks like Microsoft wants to beat Sony in the race for launching a next generation gaming console.