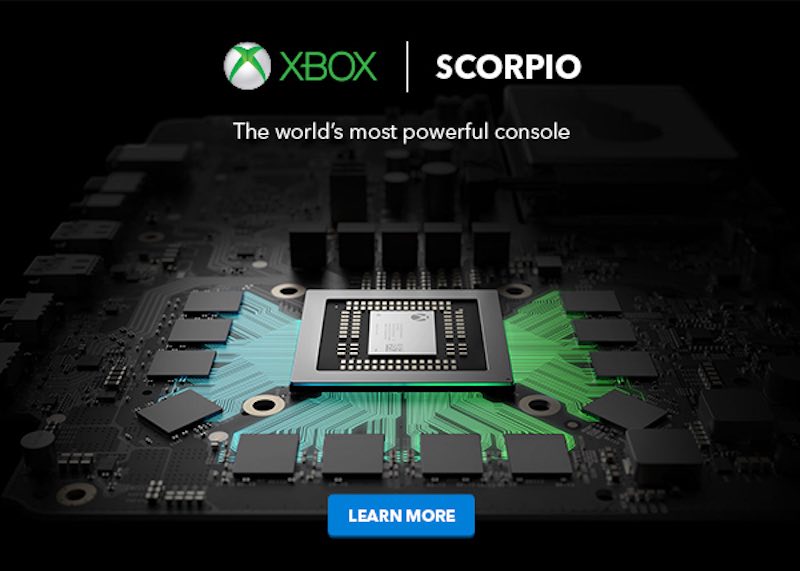 It seems that the Xbox Scorpio isn't just a codename. The console will indeed be called Xbox Scorpio. According to newsletter from Best Buy Canada unearthed by members of popular gaming forum NeoGAF, Microsoft is sticking to Xbox Scorpio, making us wonder what else is left for the company to reveal at its E3 2017 conference.

This comes after the Xbox Scorpio price may have been made public with noted journalist Geoff Keighley claiming it to be $499. At the rate, all that's left to be leaked is the Xbox Scorpio release date. It could hit at the same time as Forza Motorsport 7, which is rumoured for October 3.

Xbox Scorpio to have multiple versions

In another post he went on to imply that the Xbox Scorpio has multiple versions.

"What I don't know is what's in the configuration for $499. But that's where it's starting," saidKeighley.

While it is unknown if the Xbox Scorpio has multiple versions just yet, we won't be surprised if the differences essentially boil down to hard drive capacity. And with the Xbox One S getting a price drop, it is entirely possible to see Microsoft doubling down on Xbox Scorpio options to make it the default choice despite an apparent price disadvantage.