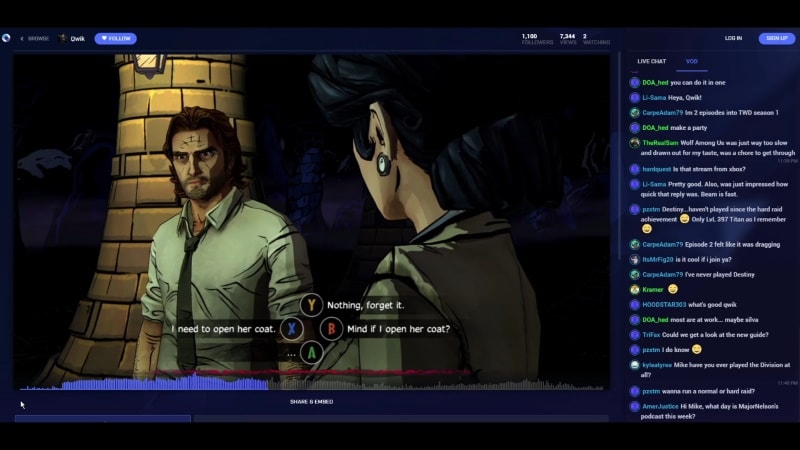 Microsoft last week announced that it is bringing improvements to the Xbox One dashboard, aka Guide, in a major rebuild. Addressing common issues like speed and performance, the Redmond giant also said that the update will be accompanied by other major refreshes to the gaming experience on Windows 10 PC as well. Xbox's head of platform engineering, Mike Ybarra in a live stream showed off the new look of the Xbox One dashboard.

In the video that was captured by Windows Central, the new Xbox One Guide design is visible. It is accessible as an overlay via a single button press (the Xbox button), providing access to the Store, My Games & Apps, and Home, apart from recently played games. The overlay provides the options to save a screenshot, record, and view more recording options within the GameDVR.

As an overlay, you can freely switch between apps and games without any recursive actions back to home of the Guide. This will allow you to jump among different games and apps without having to wait for the dashboard home to sluggishly load each time. Also new is the replacement of the multitasking menu with a new streaming icon, which will let users stream to Beam and other support services.

As a part of the Guide revamp, Xbox users will soon be able to start recording GameDVR clips, adjust recording length, and access their captures directly in the Guide. A new Achievement tracking overlay, Gamerscore Leaderboard, a new Cortana design, and controls for background music are also coming to the platform in the updates that are expected to be pushed this year.

To recall, Microsoft is also bringing a new feature called 'Game Mode' with the Creators Update for Windows 10 that will enhance the PC gaming experience of users making it run faster. Windows 10 Creators Update is rolling out around April this year and the mentioned Xbox platform updates are said to roll out in the same time, however, Microsoft hasn't specified a time for its implementation. Microsoft also mentions that some of the elements of the new update have already started rolling out to Windows Insider Preview users.