Xbox One launched, New Zealander becomes first person to own one 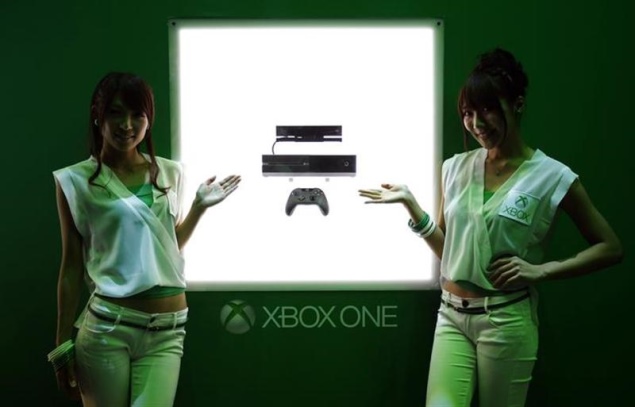 A New Zealander become the first person in the world to officially own an Xbox One Friday, saying he was immediately retreating to his lounge for five days to play the console.

International time zones meant New Zealand was the first country to launch the highly anticipated Microsoft console at midnight Friday (1100 Thursday GMT), with about 1,000 people gathering at a glitzy function on the Auckland waterfront.

Gamer Dan Livingstone won a competition to receive the first Xbox One (Review), which had been "under guard" in the shark tank of an Auckland aquarium for a week before the launch, encased in a waterproof perspex box.

Staff at the Kelly Tarlton's Aquarium said no staff had lost any fingers or toes retrieving the console, which Livingstone said was the first thing he had ever won.

"It's mind blowing," the Auckland-based 24-year-old said. "Being the first in the world, that's like a record that no one will ever break. For me, it's like going down in history on some level, it's just incredible."

Livingstone said he had taken five days off work to familiarise himself with his new toy.

Internet tycoon Kim Dotcom, who is fighting extradition to the United States on online piracy allegations, was also at the Auckland launch, tweeting pictures of himself with five of the consoles, which replace the Xbox 360.

Australia was next in the global roll out, with the distinctive Sydney Tower turned Xbox One green and another 3D projection beamed onto the water beneath the Sydney Harbour Bridge to mark the midnight launch.

At an official launch party at the harbourside Luna Park, the 100 biggest Xbox fans in the country were able to get their hands on their new console, having ordered it online in some cases almost two years ago.

"It's a great time to be a gamer," said Jeremy Hinton, interactive entertainment business lead for Microsoft Australia.

"More than 370 retail stores opened around the country to bring in this new era of gaming and entertainment. Thousands of people across the country headed out to collect their consoles at the stroke of midnight that's a passion and dedication that we are continuously humbled by."

The Xbox One is Microsoft's attempt to assert dominance in Internet-era home entertainment over rival Sony, which released its PlayStation 4 earlier this month, selling more than a million units in its first 24 hours.

Analysts say it remains to be seen which of the new-generation consoles will prove more popular, noting that the PS4 has a lower price which could give it an advantage.

Both consoles boast upgrades which provide richer graphics and more immersive game play than their predecessors. Social features of online play have also been enhanced, along with the ability to share with friends.