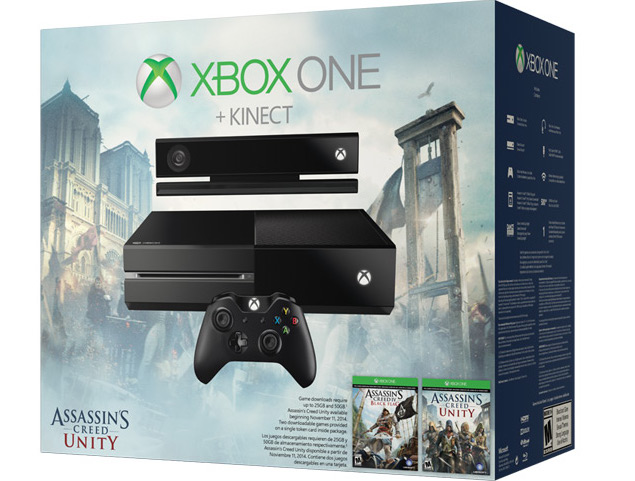 Mor later told NDTV Gadgets that this will retail at Rs. 45,990. The bundle will come with downloadable codes for the games and not discs. With each game weighing in around 40GB a piece, make sure you have a fast Internet connection before bothering.

What this means is for the price of an Xbox One with Kinect, you get two Assassin's Creed games free as opposed to the earlier bundle that had you got you one game in the form of FIFA 15. Mor also confirmed that FIFA 15 will not be a part of this offer. If you're interested in the same bundle without Kinect, you'll have to wait till Christmas at least, Mor tweeted.

It marks another in seemingly infinite discounts and promotions for the Xbox One since its launch two months ago. The console was available for as much as a 20 percent discount on Amazon during the retailer's Diwali sales. Games were available for 40 percent off MRP too. Most recently, buying an Xbox One would allow you to get one free game, with choices including the recently released Sunset Overdrive and Halo: The Master Chief Collection.

(Also see: Why You Probably Shouldn't Buy the Xbox One or PlayStation 4 Just Yet)